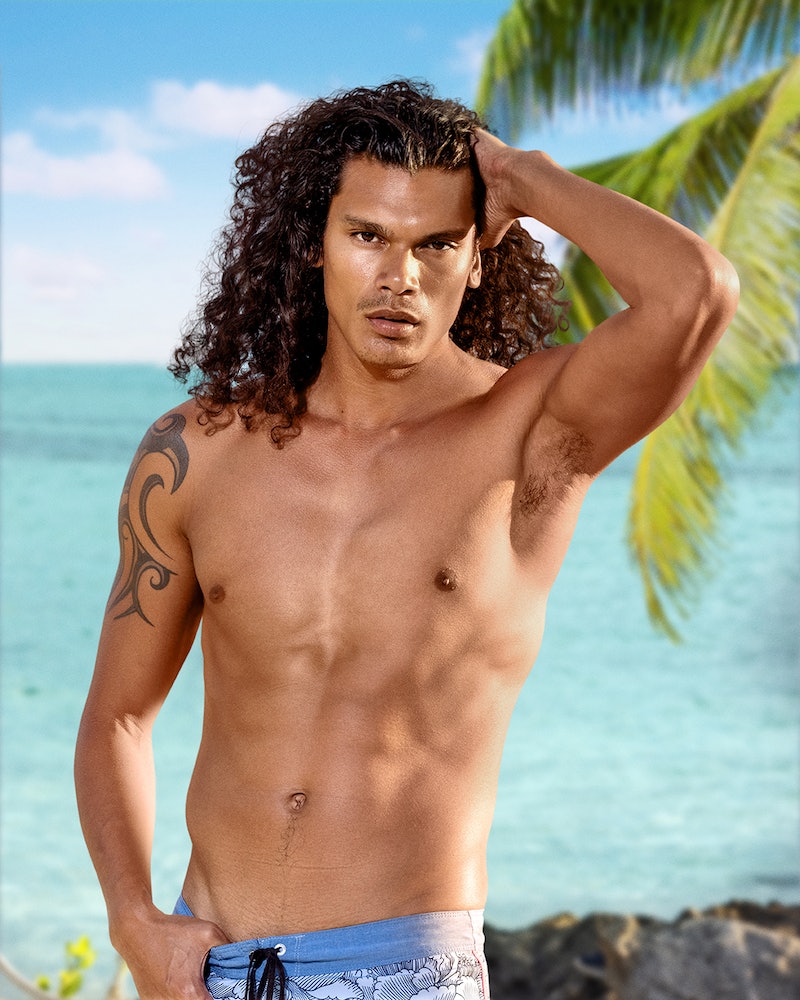 Do you want to swim with dolphins at 6 a.m.? Too Hot to Handle star Patrick Mullen will take you. According to Netflix, the six-foot-five “Hawaiian hunk” is “more than happy to fulfill the holiday romance fantasies of any beautiful girl who visits Hawaii. He even has a “typical routine” to give “girls from all over the world” an “unforgettable dream night under the stars.” Just don’t expect him to be there when you wake up in the morning.

“What you see is what you get,” the 29-year-old explained in a promo video for Too Hot to Handle Season 3. “I’m just an island boy doing meditations, really manifesting my goals of what I want. I got Hawaiian love all over me.”

Beyond being an unofficial Hawaiian guide for beautiful tourists, Patrick has a “big passion” for music and loves to sing and play the guitar. “I love life. I love to party a lot,” he says in his Too Hot to Handle intro, adding that people have paid him to throw some “massive” parties. He also describes himself as a “killer bartender” who makes must-try mojitos and margaritas.

Get to know more about Patrick ahead of what he calls the “craziest and most exhilarating season of Too Hot To Handle” yet.

After spending most of his childhood in the Pacific Northwest, Patrick — who’s of Latin, French, and Native American descent — graduated from the University of Hawaii at Mānoa in December 2016 with a botany degree. However, he lists his jobs as actor and model, and said that though “school was a great accomplishment,” walking the runway at his first New York Fashion Week in September 2017 was “equally as fulfilling.” He’s now represented by IMG Models and has appeared in Hawaii Luxury Magazine, among other publications. He also earns money through his OnlyFans account, where subscribers can see adults-only photos for a price of $4.99/month. His bio instructs users to DM him their requests.

On Instagram, Patrick describes himself as an “adventurer and island boy” who’s always chasing his dreams. His social media accounts certainly reflect that, featuring plenty of picturesque Hawaiian scenery including waterfalls and jungles. One post shows him feeding turtles dinner; in another, he describes a “ killer kayak journey.”

In October 2020, Patrick announced that he’d moved to Los Angeles. “Moving to a place I’ve never been before without anyone in the center of Hollywood was exciting and nerve racking at the same time,” he captioned a Halloween photo. “Happy and blessed to have met angels in my [first] two weeks in my new home and new city.”

He also appears to be close to his family. He honored his dad, Brian Mullen, in a 2020 Father’s Day post, writing, “Thanks for being there for me through all the years to help me grow into a great man that I am today.”