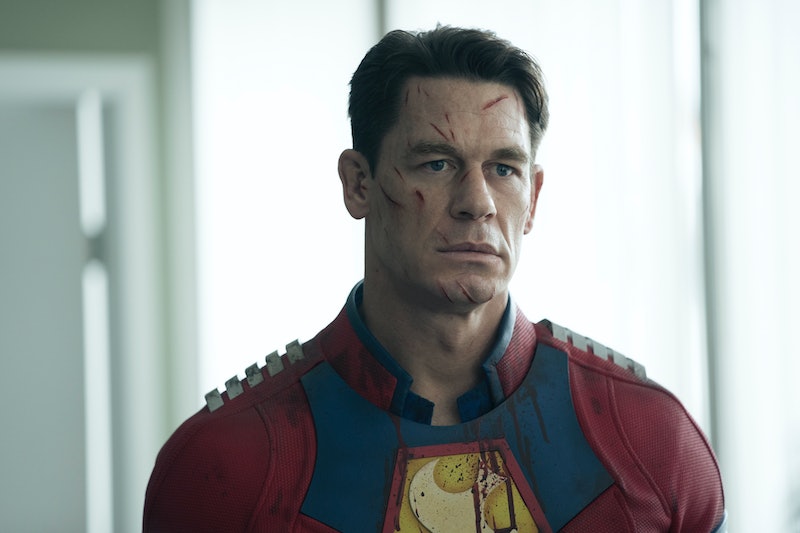 DC fans can rest easy: another season of Peacemaker is likely on the way. Though the HBO Max series has yet to be officially renewed, creator James Gunn told Deadline in January that “there’s a really good chance” the show will return for Season 2. “We’re the biggest show in the world right now,” he said. “The show is doing extraordinarily well, and we’re excited, we all like doing it, we just need to cross some Ts and dot some Is, which is basically me.”

Little is known about a potential Peacemaker Season 2, besides that it will assumedly continue to follow John Cena’s Suicide Squad character Christopher Smith (aka Peacemaker). However, it may take a while for the show to come back to screen. Gunn wrote Peacemaker in between his stints as the director of The Suicide Squad and Guardians of the Galaxy Vol. 3, and he’s currently wrapping up work on the live-action/animation hybrid film Coyote vs. Acme, which he both wrote and is co-producing for a 2023 release date. Cena is just as busy: he’s attached to five movies in the upcoming two years alone, including Project X-Traction, Argylle, The Independent, and Fast and the Furious 10 Parts 1 and 2.

On top of that, it sounds like HBO Max may want to focus on other characters in the DC comics cannon before going back to Peacemaker. According to Deadline, Gunn and HBO Max have begun kicking around ideas for future shows that would follow other characters related to The Suicide Squad. Nothing has been written or greenlit yet, but Gunn hinted that at least one series is in the pipeline. “We’re working on something else now, another TV show that’s connected to that universe,” he said. “I can’t quite say.”

The first season of Peacemaker had a relatively quick turnaround, beginning filming in January 2021 and wrapping in July for a January 2022 premiere date. Depending on how quickly Gunn can complete writing a second season, viewers could reasonably expect more Peacemaker episodes in late 2023 — that is, if that timeline fits into Cena’s tight schedule and Gunn doesn’t decide to turn his attention to the other DC series he alluded to.

As far as the potential Season 2 cast, there are two characters viewers can safely assume they won’t see again: Murn (Chukwudi Iwuji) and Auggie Smith/White Dragon (Robert Patrick), who were both killed in Episode 7. Freddie Stroma (Adrian Chase/Vigilant), Danielle Brooks (Leota Adebayo), Steve Agee (John Economos), and Jennifer Holland (Emilia Harcourt) are all Season 1 highlights who could potentially return in Season 2. But knowing Gunn, it’s just as probable that he’ll throw Cena’s Peacemaker into an entirely new setting with an entirely new group of characters. This post will be updated as more information becomes available.

More like this
Bill & Frank’s 'The Last Of Us' Episode Has Twitter Emotionally Wrecked
By Alyssa Lapid
The 'Gossip Girl' Reboot Creator Is “Looking For A New Home” To Air A Potential Season 3
By Brad Witter
'GoT' Star Emilia Clarke Says She "Just Can't" Watch 'House Of The Dragon'
By Brad Witter
Netflix Shut Down 'Bridgerton' S3 Rumours About A “Very Dark” Storyline
By Bustle
Get Even More From Bustle — Sign Up For The Newsletter
From hair trends to relationship advice, our daily newsletter has everything you need to sound like a person who’s on TikTok, even if you aren’t.