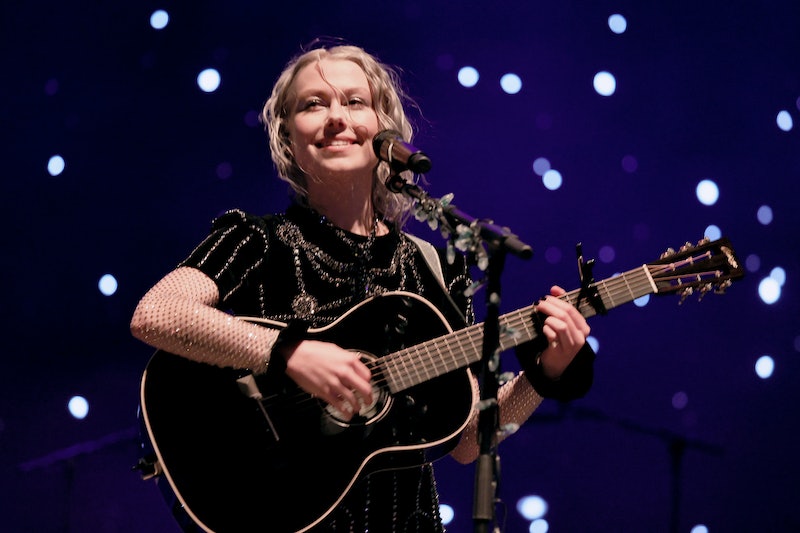 Abortion rights soon may not be protected by the U.S. Supreme Court, and in protest, many women are sharing their abortion stories, including some celebrities, for the first time. Among them, Grammy-nominated musician Phoebe Bridgers revealed on May 3 that she recently had an abortion. “I had an abortion in October of last year while I was on tour,” the Punisher singer wrote on Twitter. “I went to Planned Parenthood where they gave me the abortion pill. It was easy. Everyone deserves that kind of access.” Bridgers shared her story a day after Politico published a Supreme Court draft majority opinion suggesting the overturn of the Roe v. Wade case that protected abortion rights and allow states to outlaw abortion entirely.

Supreme Court Chief Justice John Roberts confirmed that Politico’s leak of the opinion draft was legitimate, but reiterated that it did not represent the Court’s final verdict on the issue, which is expected to be published by late June or early July. Taking a stand on the potential decision, Bridgers also led fans to an article with links to local and nationwide abortion funds that are accepting donations. Bridgers, who’s also known for her excellent wit and humor on Twitter, went on to retweet some trolls that only had negative things to say about her abortion story, including one hater telling her she “could’ve just kept your legs closed.”

Bridgers joins many celebrities and politicians who are vocally opposing the Supreme Court’s draft decision, including Reese Witherspoon, Hillary Clinton, Lena Dunham, and Elizabeth Warren. Ariana Grande reposted news clips about the leak and shared resources for her followers to activate against the opinion, while Amy Schumer protested at a New York City rally on May 3, with Alyssa Milano also encouraging fans to show up and speak out on the streets.

READ NEXT: Celebrities React To The Roe v. Wade

President Joe Biden spoke out against the draft opinion, stating that “if the court does overturn Roe, it will fall on our nation’s elected officials at all levels of government to protect a woman’s right to choose.” Former President Barack Obama and First Lady Michelle Obama also issued a joint statement on the matter. “We’re asking you to join with the activists who've been sounding the alarm on this issue for years — and act,” they wrote. “The consequences of this decision would be a blow not just to women, but to all of us who believe that in a free society, there are limits to how much the government can encroach on our personal lives.”