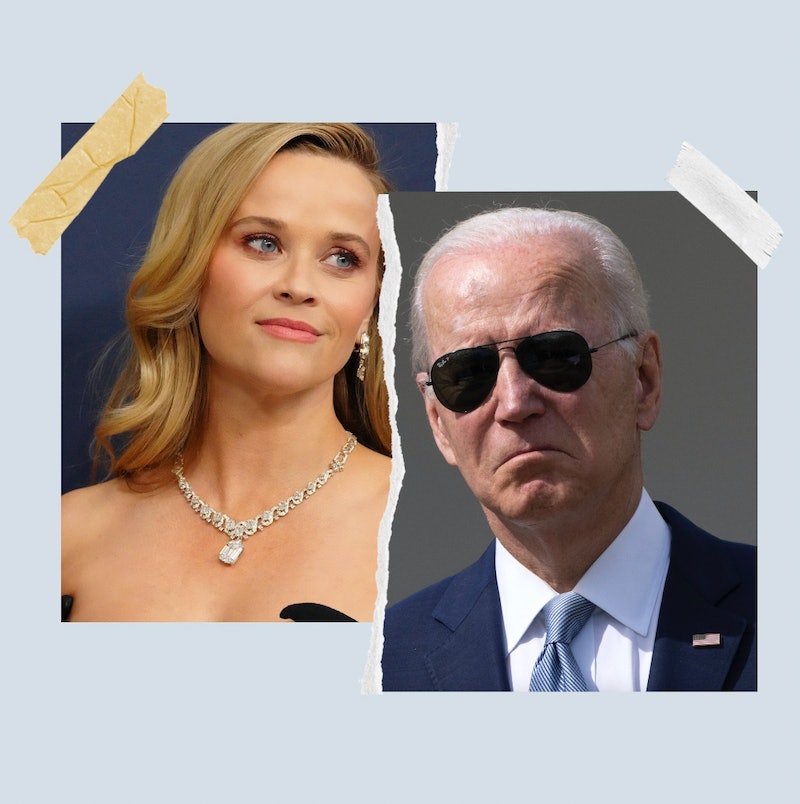 After Politico published a leaked draft opinion on May 2 that suggested that the U.S. Supreme Court was on the verge of overturning Roe v. Wade with a majority vote, President Joe Biden and many celebrities swiftly shared their reactions to the draft decision on Twitter. “Make no mistake. A majority in this country are angry tonight,” actor Josh Gad tweeted. “Not a small majority. A giant majority. I am seeing that rage. I am hearing that rage. I am feeling that rage. And to all scared women tonight, I will fight for you & with you. I will fight like hell. We all must.”

The 98-page draft, which the Supreme Court later confirmed was authentic but not finalized, was written by Justice Samuel Alito. In it, Alito wrote, “Roe was egregiously wrong from the start. Its reasoning was exceptionally weak, and the decision has had damaging consequences.” While some doubted the legitimacy of the draft, Chief Justice John Roberts confirmed the authenticity of the document in a May 3 statement. He clarified, however, that the decision in the draft doesn’t necessarily represent the court’s final rule, which will likely be released in June or early July.

The Supreme Court was first tasked with considering overturning the 1973 landmark ruling in January 2020. Prior to 1973, individual states controlled reproductive rights and decided whether abortion was legal or not. After, Roe v. Wade held that criminalizing abortion violates constitutional privacy rights. While pro-choice activists fighting for reproductive rights have been rallying for support since the pending Supreme Court case, the leaked draft shocked the country with its implications on abortion access.

President Biden’s Reaction To The Leak

On May 3, Biden wrote an official statement that he shared on the official POTUS Twitter account. Though he began by clarifying that the draft might not reflect the Court’s final decision, he wrote, “I believe that a woman’s right to choose is fundamental, Roe has been the law of the land for almost fifty years, and basic fairness and the stability of our law demand that it not be overturned.”

Biden also said, “If the court does overturn Roe, it will fall on our nation’s elected officials at all levels of government to protect a woman’s right to choose. And it will fall on voters to elect pro-choice officials this November.” Hours later, Biden also reacted on his personal Twitter account. “I believe that a woman’s right to choose is fundamental. Roe has been the law of the land for almost fifty years, and basic fairness and the stability of our law demand that it not be overturned. We will be ready when any ruling is issued,” he posted.

How Did Celebrities React To The Leak?

Immediately following the leak, celebrities also took to social media to express their outrage over the leaked legal ruling that would severely curtail abortion rights. Alyssa Milano and Amy Schumer both invited people to join a nationwide protest on May 3. “People need to peacefully take to the streets,” the Charmed alum wrote on Instagram. Meanwhile, over several posts, the recent Oscars host called people “to the streets” and shared a photo inviting people to “wear green” and “channel your rage into action.” Meanwhile, Ever Carradine, who stars in The Handmaid’s Tale, likened the ruling to the series’ dystopian society. “This is some Gilead bullshit,” she tweeted.

Some stars even made references to the Met Gala, which happened on the same day as the leak. Girls5Eva’s Busy Philipps posted a photo of the news with the caption, “The Gilded Age,” while Dollface’s Kat Dennings tweeted, “They did it on Met Gala night thinking we would be too distracted by Sebastian Stan’s pink suit to notice. Well we noticed motherf***ers.”

Meanwhile, stars like Ariana Grande, Francia Raísa, and Ariana DeBose, among others, reposted news clips to their Instagram Stories.

More like this
Kim Kardashian Remembers Her Last Words To Death Row Victim Brandon Bernard
By Jake Viswanath
Cardi B Explains To David Letterman Why She Uses Her Star Power For Politics
By Jake Viswanath
What Is Barack Obama’s Net Worth? He Makes *Way* More Now As An Ex-President
By Hugh McIntyre
10 Times Diana & Meghan Spoke Similarly On The Royal Family
By Sophie McEvoy
Get Even More From Bustle — Sign Up For The Newsletter