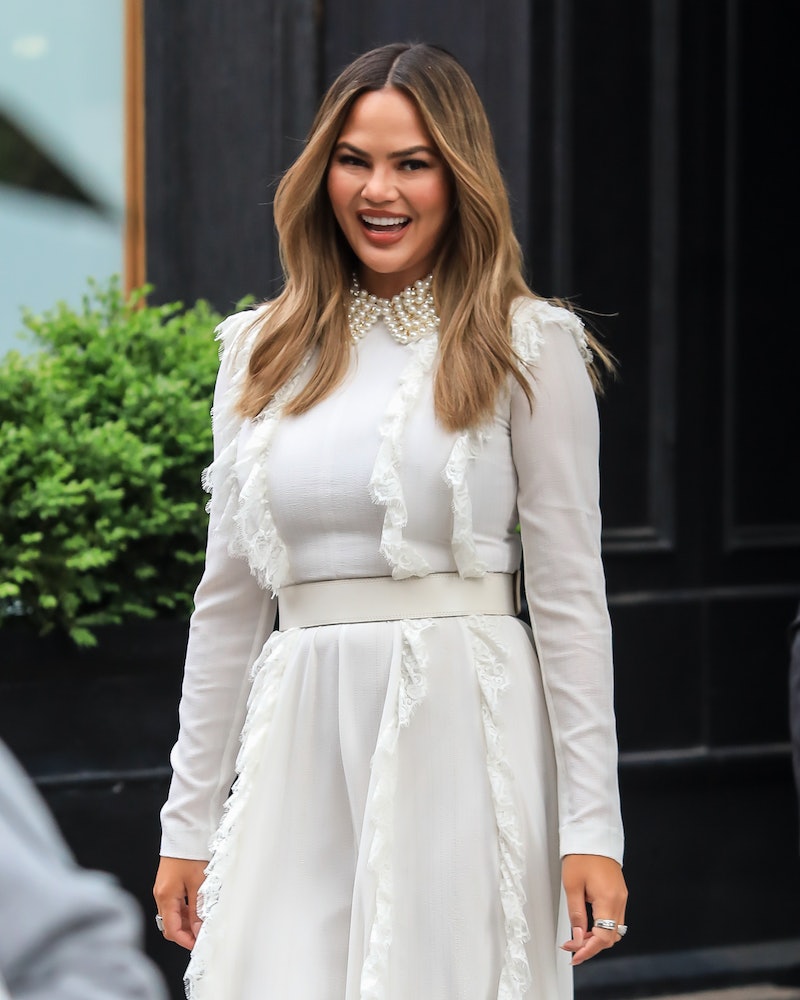 One of 2021's greatest love stories is already over. President Joe Biden unfollowed Chrissy Teigen on Twitter – but don't worry, the breakup was mutual. In fact, the move was actually requested by Teigen so she could live up to her full Twitter potential, marking the triumphant return of the "Unofficial Mayor of Twitter."

On Tuesday, Feb. 23, Teigen took to Twitter to formally submit her request for the @POTUS account to unfollow her, using one of the most classic breakup lines as her reasoning. "I have tweeted a handful of times since my treasured @POTUS following," she wrote. "In order for me to flourish as me, I must ask you to please lord unfollow me. I love you!!! It’s not you it’s me!!!!"

Hilariously, @POTUS quickly granted her request, prompting Teigen to celebrate with a bunch of expletives that she held back when the President was following her. "B*tch f*ck sh*t suck the d I am FREE!!!!!!!!!!!!," she wrote. Since the account started following her in January, Teigen has still tweeted a lot for most people's standards, but they were indeed more PG-rated, mainly focusing on her children, recipes, and the launch of her new Cravings shop. Now, she's holding nothing back.

After the inauguration on Jan. 20, Teigen asked for Biden to follow her on Twitter, given how former President Donald Trump blocked her during his term. (Their feud is nothing short of iconic and infuriating.) "Hello @joebiden I have been blocked by the president for four years can I get a follow plz," she casually wrote. Of course, the official @POTUS account listened, making Teigen the only non-White House account it followed.

When she found out her wish came true, Teigen was initially elated. "My heart oh my god lmao I can finally see the president’s tweets and they probably won’t be unhinged," she wrote. But even then, she knew how this could possibly affect her iconic Twitter game. "I should prob never tweet again," she joked in a separate tweet. Obviously, she didn't listen to her own suggestion, but it's nice to have the chef and author back as her most authentic self.