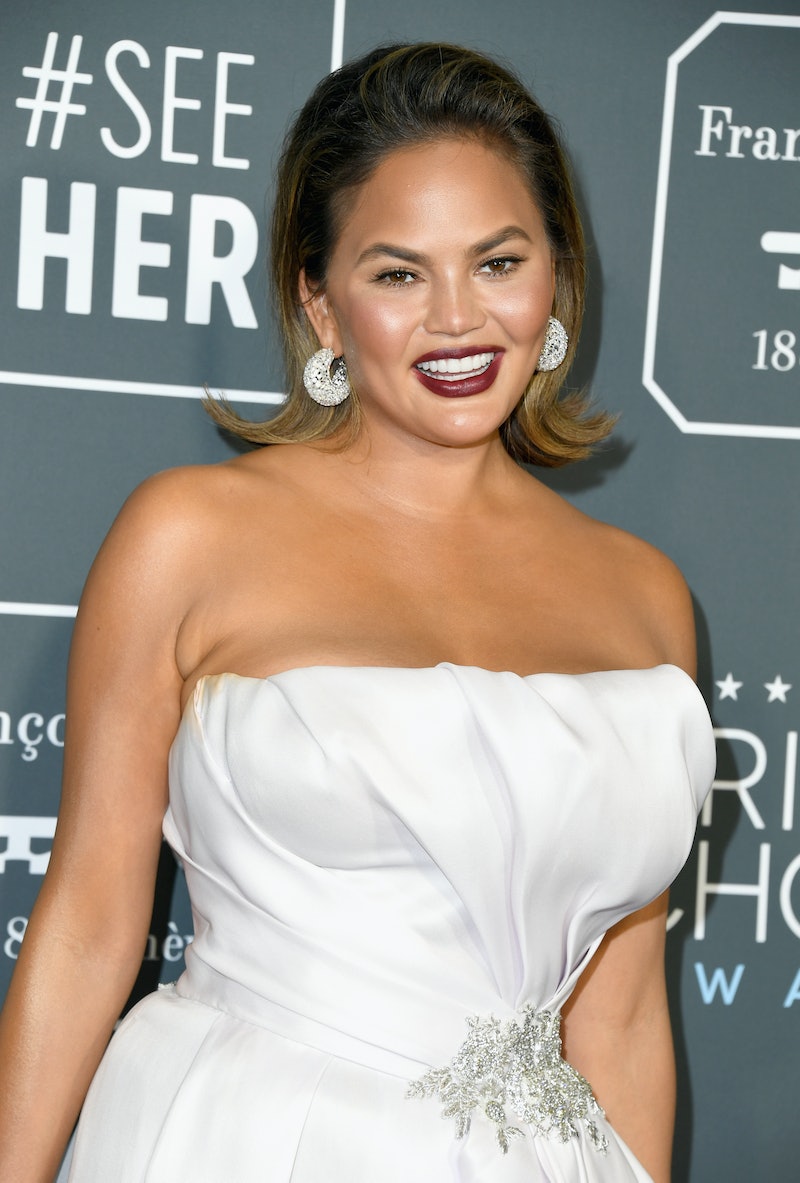 If you love following Chrissy Teigen on social media, then you're going to love this. After being dubbed the "Unofficial Mayor of Twitter" by the social network itself, Chrissy Teigen explained her most popular tweets by offering up backstories on what inspired her to create some of her more memorable posts. You don't want to go anywhere, especially if you want to relive her hilarious tweets all over again.

In the video, Teigen opened up the "Behind the Tweets" session by stating, "Hi. I'm Chrissy Teigen. Unofficial Mayor of Twitter. Unelected." As you can see below, she also tweeted about the video,

"And unelected but I’m here to serve! Unless you don’t want me to, then that’s fine too. i can’t lie I am...not a hard worker."

Raise your hand if you want her to serve. Yeah, same.

There's no denying the cookbook author worked hard at giving the best explanations possible for several of her tweets, including when she tweeted about Cardi B, when she awkwardly asked Kim Kardashian about their dinner plans, and that time she revealed she and John Legend woke up covered in chewed gum. Yes, her "Behind the Tweets" video is as amazing as it sounds.

Teigen started with the time she tweeted on April 6, 2018, "Gasp!! *drops biscuits*", in reply to Rap-Up tweeting lyrics from Cardi B's song "She Bad," in which she mentions Teigen's name.

"Oh my gosh," Teigen declared about her tweet, before explaining, "This is when I found out that Cardi B included me in a song she had, which by the way, Cardi, you don't even follow me."

As for if she really did drop biscuits or not, the Cravings: Hungry For More author said, "But, yeah, I was just doing this Twitter timeline of making biscuits and I dropped my biscuits." Of course, she was quick to add, "But, Cardi, follow a b*tch."

Then, Teigen moved onto that time she tweeted Kardashian on April 26, 2018, "@KimKardashian are we still doing dinner Friday or no lol."

Yes, it most likely had to deal with all that drama between John Legend and Kanye West that same month when the rapper tweeted screenshots of their text conversation for the world to see. Teigen said,

"Oh, man, this was after the Kanye dramas. I don't remember which one. Kim and I had dinner plans with John and Kanye and we were supposed to go over to Kris' house. With everything going on, I think he put out a few John texts that John didn't know he was going to post. And, yeah, that's when you're like, 'Wow. Are we still on for dinner tonight? Or no?'"

The conversation shifted to something much more lighthearted when Teigen touched upon that time she literally woke up with gum all over herself and tweeted on Sept. 25, 2018, "I took a sleeping pill (consult your doctor) and john and I woke up covered in chewed gum."

And here's all you need to know. In the words of Teigen,

"This is true. There was gum everywhere — all over the bed, all over my hair, his face. There are some [sleeping pills] that leave terrible tastes in your mouth, so apparently I woke up in the middle of the night and put in the largest wad of bubblegum and just chewed on it and fell asleep. It fell out of my mouth and we were covered in it. We had to use peanut butter, because I saw that once on Full House, I believe."

Full House taught so many life lessons. But seeing as Teigen is also a huge fan of The Office, it's possible she might actually be thinking of that time in Season 4, Episode 15 when Dwight used peanut butter (an entire jar) to get gum out of Michael's hair.

Whatever show she learned the peanut butter trick from should be applauded because it saved her and Legend. Plus, it's nice to finally know how chewed gum ended up in their bed to begin with.

Here's hoping Teigen does another "Behind the Tweets" soon (maybe monthly?), because the backstories make her tweets even more entertaining.