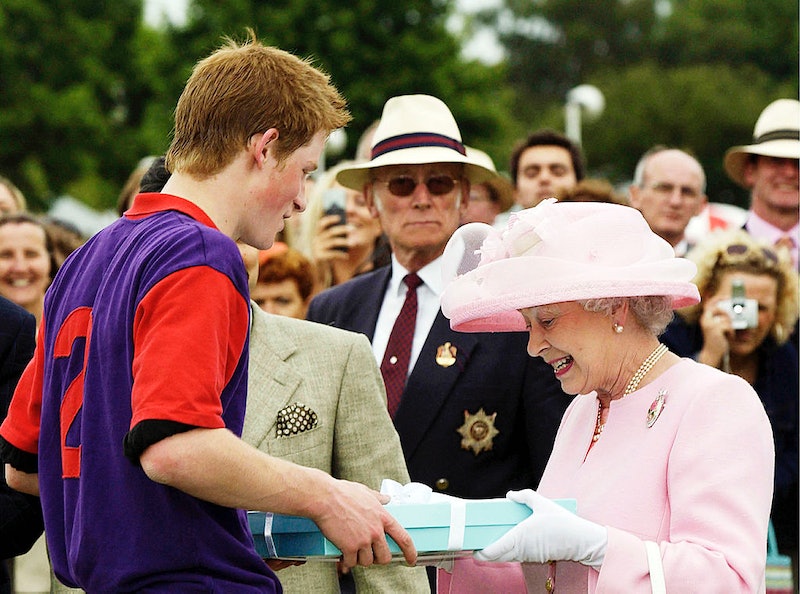 The pandemic has meant that if you’ve had your birthday this summer it’s likely to have been socially distanced and may have even included a Zoom element. And that applies to Royal birthdays, too. Prince Harry turned 36 on Sept. 15, marking not only his first birthday in his new Santa Barbara home, but also his first since stepping down as a senior royal. His birthday has not gone by unforgotten though, with the royal family have wishing Prince Harry a happy birthday from across the pond, sharing some pretty sweet memories from years gone by in the process.

The Queen sent her congratulations over Twitter with a sweet picture of the two of them at the Queen’s Young Leaders reception at Buckingham Palace in 2017. “Wishing The Duke of Sussex a very happy birthday!” read the tweet from the Royal Family's account. Note the birthday cake and balloon emojis, too.

Via the Kensington Royal Twitter and Instagram accounts, the Duke and Duchess of Cambridge also sent their best wishes, writing “Wishing a very happy birthday to Prince Harry today!” The accompanying image was from an event for Heads Together in 2017.

The Cambridge's post has been called out as "shady" on Twitter and Instagram, with users commenting on the decision to post a picture that did not include Meghan Markle. The royal couple did wish Markle a happy birthday back in August.

For their post, Prince Charles and the Duchess of Cornwall opted for a before-and-after approach. Next to an image of the Prince smiling, they posted a throwback snap of the birthday boy at the Invictus Games with Prince Charles. They wrote, "Wishing a very happy birthday to The Duke of Sussex today!" Birthday cake emoji included.

While Prince Harry hasn’t announced how he will be spending his 36th birthday, it is rumoured to be a low-key affair. According to Hello! the couple are celebrating at home, with Meghan’s mum, Doria Ragland potentially joining them. For his 35th birthday, the former Suits actor created a backyard version of the Botswana camping trip that she and Harry enjoyed in 2016, shortly after they started dating.