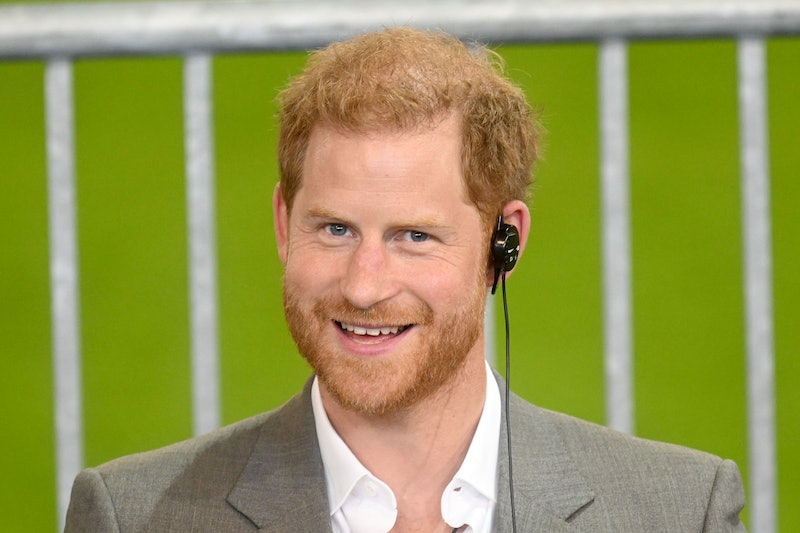 Prince Harry has kept his word. After missing the WellChild Awards on Sept. 8 due to Queen Elizabeth’s death on the same day, Prince Harry promised to meet each of the award recipients virtually. In one adorable video encounter posted to social media on Oct. 10, Prince Harry revealed some updates about his and his wife Meghan Markle’s two children — Archie, 3, and Lilibet, 1 — while chatting with a 4-year-old boy named Henry Waines and his parents.

Henry, who won the Inspirational Child Award for ages 4 to 6, proudly showed his WellChild plaque to Prince Harry, who told Henry that he was supposed to present the award to him in person before apologizing that they didn’t get to meet at the awards show. “That’s alright,” Henry replied while still clutching the award. Prince Harry noted that Henry sounded just like his son Archie and that they had the same “little squeaky voice.”

Henry didn’t seem phased to be talking to a member of the royal family, showing off his manners by asking how Archie and Lilibet are doing. “They’re doing great,” Prince Harry said before sharing that Archie is “very very busy” and Lili is “learning to use her voice.”

Another recipient Isabelle Delaney, recognized as the Inspirational Young Person for ages 12 to 14, introduced Prince Harry to a very special member of her family: her dog Hope, who is training to be her assistance animal. Isabelle’s mom shared that Hope helped keep her calm in loud and busy environments. Prince Harry shared his love of dogs too saying, “I tell you what, we all need a dog that keeps us calm. I’ve got three in this house now. So we basically have five children.”

The WellChild Awards “celebrates the inspirational qualities of the UK’s seriously ill children and young people, along with those who go that extra mile to make a difference to their lives” according to their website. Prince Harry is a WellChild Patron, and has been a member of the organization since 2007, with Meghan attending the charity’s events with him in 2018 and 2019.

The couple was set to attend the 2022 WellChild Awards until learning of the Queen’s grave health and her subsequent passing on Sept. 8.