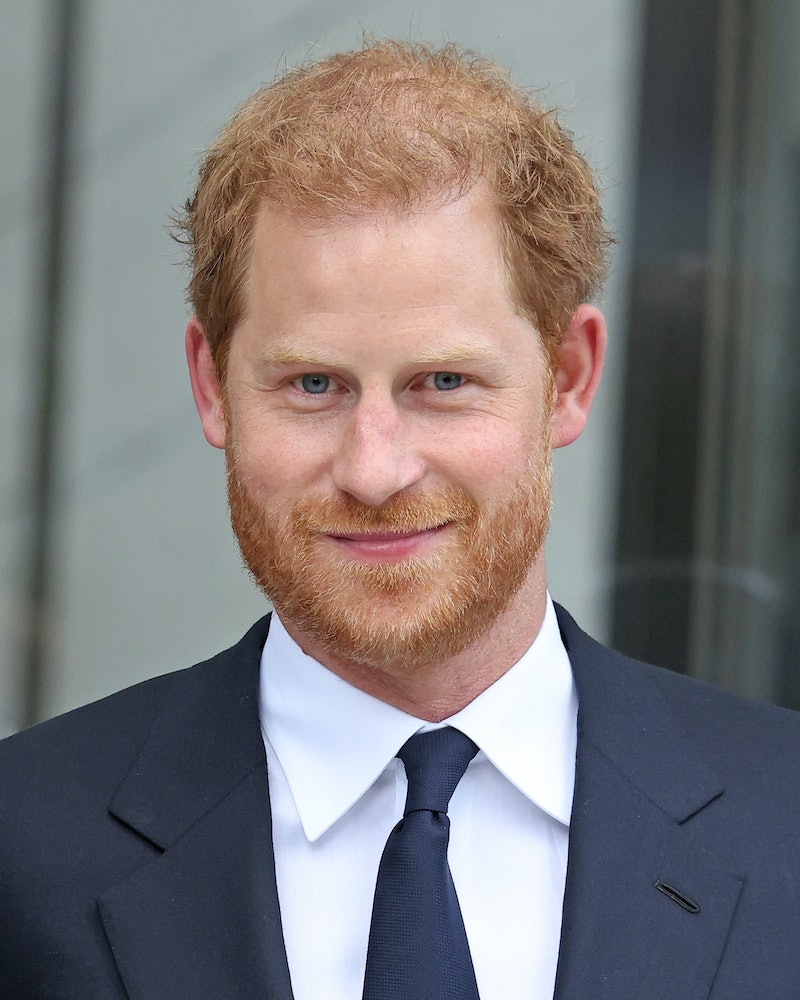 The halftime show brought special guests Anderson .Paak and 50 Cent to the 2022 Super Bowl, but the biggest surprise appearance of the night might be Prince Harry and Princess Eugenie. That’s right, California resident the Duke of Sussex attended his first Super Bowl on Sunday, Feb. 13, and was accompanied by his first cousin.

Eagle-eyed viewers might have caught a glimpse of Harry and Eugenie masked up and sitting in what appears to be one of the box suites at SoFi stadium in Inglewood, California. Though the cameras didn’t pan to the relatives as often as celebs like Jennifer Lopez, Ben Affleck, and Jay-Z, royal followers were excited to see them out and enjoying the game. One fan tweeted, “I love their friendship!” while another added, “Love that #PrinceHarry & Eugenie are out and about together! You see, family can live in different countries and still be close!” (TBD on if Harry and Eugenie got on their feet during the halftime show to sing and dance along to tunes like “No More Drama” and “California Love.”)

Sadly, Meghan Markle didn’t attend the game, but maybe that’s because she’s reportedly working on relaunching her lifestyle blog, The Tig. Hey, one can dream.

Though this was Harry’s first Super Bowl, he’s a known sports fan, having competed in his fair share of polo matches and founding the Invictus Games after being inspired by the Warrior Games, which Town & Country described as “a competition for wounded servicemen organized by the U.S. Department of Defense.” The first Invictus Games was held in London in 2014, and Harry has served as the patron and attended every year since. Though Harry has stepped back from many of his royal duties, he remains involved in the Invictus Games. In 2021, he revealed the plans for the games amid lockdown, saying, “Our unwavering mission is one bound by resilience and community — and that mission will continue to shine through between now and Spring 2022, when we hope to see everybody in person again in The Hague.” He continued, “For now, we are continuing to plan programming, opportunities to connect safely during the foreseeable future, and ways to infuse the spirit of Invictus in your own communities over the coming year.”

More like this
A Royal Lie: Harry Reveals The Truth About Princess Diana’s Ring
By Marina Watts
Prince Harry Incorrectly Recites Christina Aguilera’s “Genie In A Bottle” Lyrics
By Jake Viswanath
I Read Prince Harry's 'Spare' So You Don’t Have To: 11 Highlights To Know
By Marina Watts
'Breaking Bad' Duo Walt & Jesse Are Back — In This Super Bowl Commercial
By Jake Viswanath
Get Even More From Bustle — Sign Up For The Newsletter
From hair trends to relationship advice, our daily newsletter has everything you need to sound like a person who’s on TikTok, even if you aren’t.