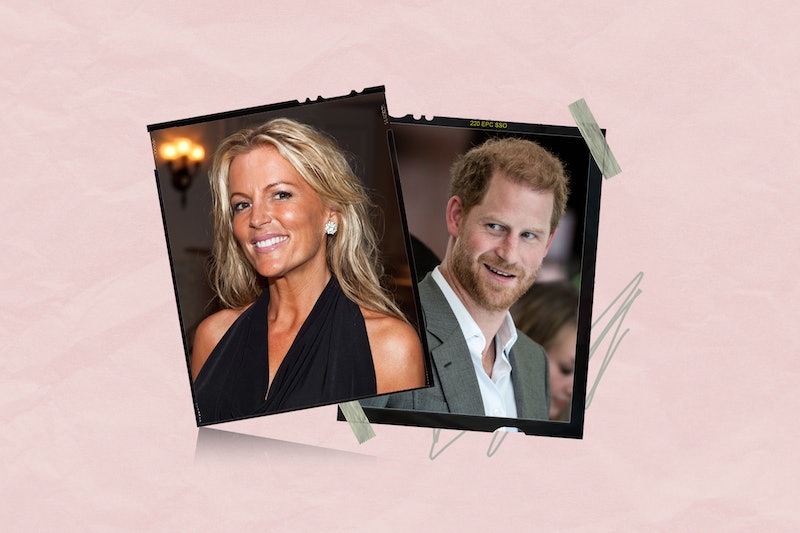 As anticipation continues to grow for Prince Harry’s memoir Spare, due for release on Jan. 10, 2023, one former reality star has made claims that she and the Duke of Sussex were once a brief item. Catherine Ommanney, a former cast member of The Real Housewives of D.C., is a British interior designer, who claims she had a “one-month fling” with the Duke of Sussex in 2006. At the time, Harry was 21 and she was 34. Speaking to The Sun on Sunday, Ommanney opened up about her alleged time with the royal. “I doubt I will be in Harry’s book as a prince can’t run off with a 34-year-old mother-of-two, it’s just not the done thing,” she said. (Bustle has contacted Prince Harry’s representatives for comment in regards to Ommanney’s claims.)

According to Ommanney, they met at the Art Bar in London’s Chelsea when she was separated from her ex-husband, and Harry was in an “on-and-off” relationship with Chelsy Davy. “He was only 21 so a relationship was the furthest thing from my mind,” Ommanney said. But she claims to recall Harry giving her “the most incredible, passionate kiss I have ever had in my life,” which left her “absolutely speechless.”

They are said to have met again a week later, and “a few more times, always in private bars.” But their relationship broke down when Harry changed his number, according to the former reality star. “Without being arrogant, I think we both quite fancied each other even though he was way too young for me,” she told The Sun on Sunday. “If he wasn’t a royal and was maybe ten years older, he would be my perfect man.”

Describing Harry as “a very brave, charismatic, incredibly funny, intelligent and lovely human being,” Ommanney hopes that the Duke of Sussex “is happy and has found some freedom finally, because that is something he was desperately searching for back then.”

Since initially telling her story on Nov. 26, Ommanney has faced backlash over the 13-year age gap between her and Prince Harry. Taking a defiant stance against those critiquing her, the TV star told The U.S. Sun: “I genuinely don’t care what people say about me. I’ve got haters and lovers all over the world. I don’t feel any shame, life is too short. Let your haters be your motivators, as they say.”

More like this
Helena Bonham Carter Doesn't Think 'The Crown' “Should Carry On"
By Sam Ramsden
Vanessa Bauer Is Reportedly Dating Her 'Dancing On Ice' Partner
By Darshita Goyal
Spencer Matthews’ Impressive Net Worth Expands Far Beyond Chelsea
By Sam Ramsden
Barney Walsh Has Been Linked With This Famous Miss World Winner
By Sophie McEvoy
Get The Very Best Of Bustle/UK
Sign up for Bustle UK's twice-weekly newsletter, featuring the latest must-watch TV, moving personal stories, and expert advice on the hottest viral buys.