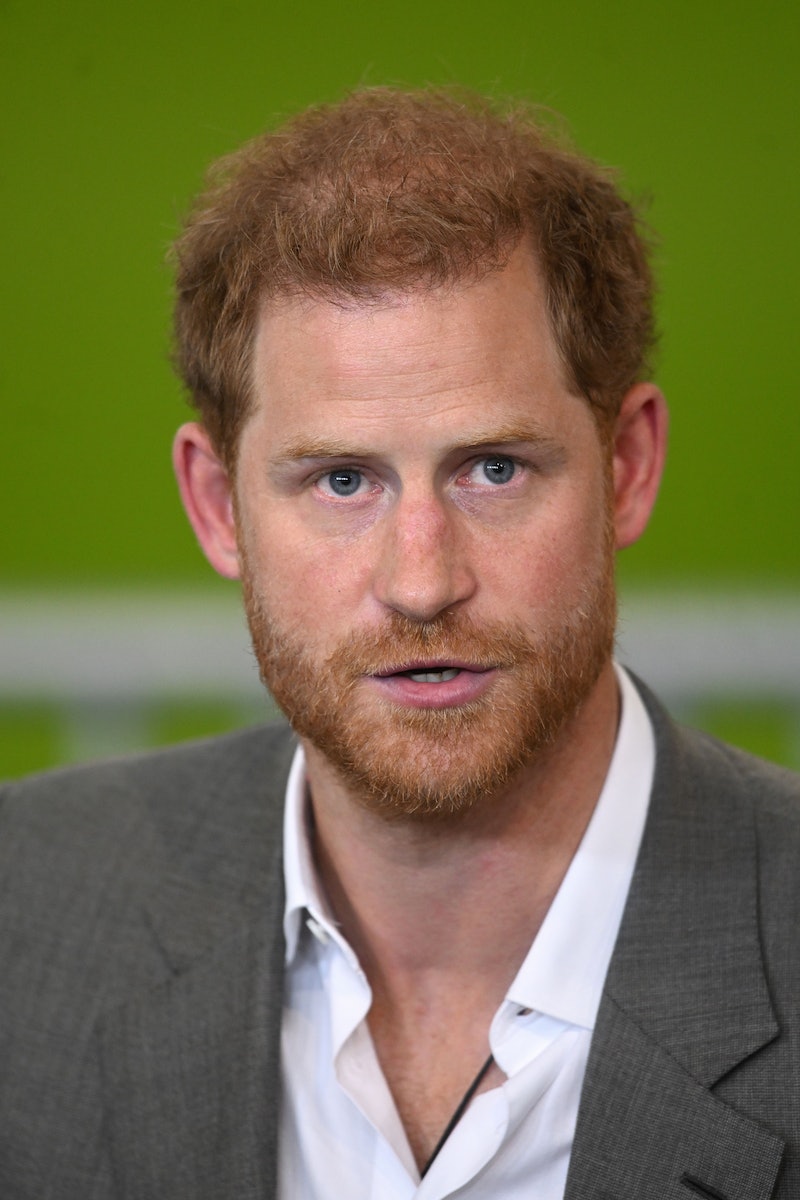 Following a string of high-profile interviews about his mental health, his wife Meghan Markle, his family, and what it was like living as a royal, it appears that Prince Harry isn’t done divulging details about his personal life and the royal family. In July 2021, the Duke of Sussex announced that he was releasing an “intimate and heartfelt” memoir to be published under Penguin Random House. Now, further details of the much-anticipated tell-all have been revealed, including the cover, title, release date, and more. Find everything you need to know about Prince Harry’s memoir, below.

Announcing the project last year, the Duke explained in a statement that he penned the book “not as the prince I was born but as the man I have become.” He added: “I’ve worn many hats over the years, both literally and figuratively, and my hope is that in telling my story — the highs and lows, the mistakes, the lessons learned — I can help show that no matter where we come from, we have more in common than we think. I’m deeply grateful for the opportunity to share what I’ve learned over the course of my life so far and excited for people to read a firsthand account of my life that’s accurate and wholly truthful.”

On Oct. 27, Prince Harry’s forthcoming memoir was revealed to be titled Spare. An official synopsis describes the release as a “landmark publication full of insight, revelation, self-examination, and hard-won wisdom about the eternal power of love over grief.”

The synopsis continues: “It was one of the most searing images of the twentieth century: two young boys, two princes, walking behind their mother’s coffin as the world watched in sorrow — and horror. As Diana, Princess of Wales, was laid to rest, billions wondered what the princes must be thinking and feeling—and how their lives would play out from that point on. For Harry, this is that story at last.”

Penguin Random House announced that the Duke of Sussex’s Spare will be released on Jan. 10, 2023. An audio version of the book, narrated by Prince Harry himself, will also be available to purchase.

On Oct. 27, the official cover for Prince Harry’s Spare was also unveiled. The sleeve features a close-up portrait of the Duke of Sussex, along with the book’s title and author.

What Else Is There To Know About Prince Harry’s Spare?

Some of the proceeds from Prince Harry’s memoir will be donated to British charities, including the non-profit organization WellChild, which the Duke has been a royal patron of for fifteen years. Ahead of the book’s release, Harry has also already donated $1,500,000 (£1,300,000) to Sentebale, a charity he co-founded with Prince Seeiso of Lesotho to support young people in Lesotho and Botswana affected by HIV/AIDS.