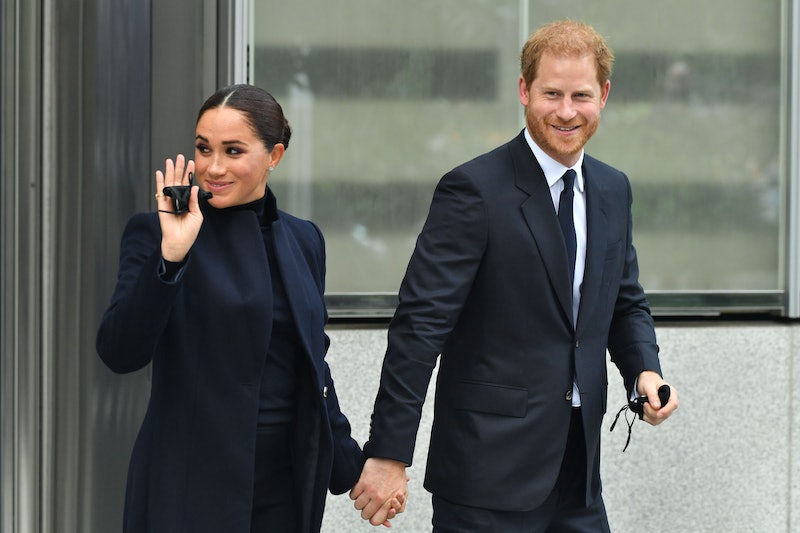 In a recent trip to New York, Prince Harry was caught carrying a sweet reminder of his son, Archie. While the couple’s two children, Archie and Lilibet remained back in Los Angeles where the family now resides, Harry carried a little piece of home with him on the trip.

The royal was photographed coming out of the United Nations building on Thursday holding a laptop bag with the words ‘Archie’s Papa’ embossed on the side. The proud father of two was in New York on a four-day tour of the city with his wife Meghan. This is the couple’s first public trip since their permanent move to California in March 2020.

While visiting the UN, the couple reportedly had a 40-minute meeting where they discussed several issues, including racial justice and mental health with the US Ambassador to the UN, Linda Thomas-Greenfield. After the meeting, Greenfield shared pictures of the trio talking on social media, describing the meeting as “wonderful”.

Harry and Meghan are in the city for the Global Citizen Live event in Central Park this weekend. The event will be a "gathering of Global Citizens, historic artists, and global leaders...just one part of 24 hours of action dedicated to our campaign, a Recovery Plan for the World.”

Earlier in the day, the couple took a trip to the 9/11 memorial at One World Trade Center. They were welcomed by the New York Governor, Kathy Hochul, NYC Mayor, Bill de Blasio, National September 11 Memorial & Museum President Alice Greenwald and Patricia Harris, CEO of Bloomberg Philanthropy.