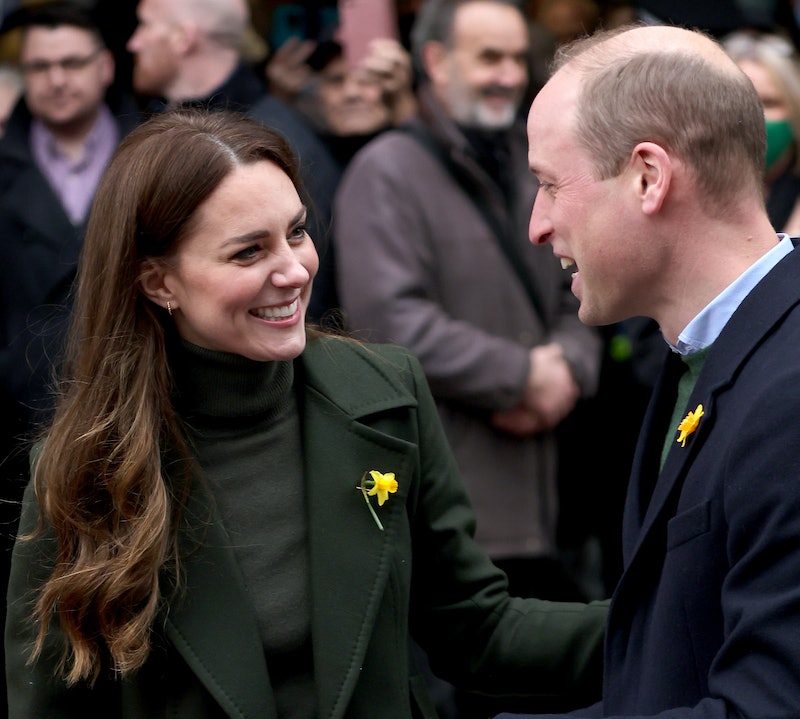 The royal family rarely makes overtly public displays of affection, but in a marked departure from that Prince William made a comment that is, well, positively heartwarming. The Duke and Duchess of Cambridge were in Wales, marking St. David's Day on March 1 on their first public walkabout in two years.

As Hello! reported, the Duke of Cambridge uttered the adorable remarks during the engagement. Referencing the chilly weather, Prince William reportedly told an onlooker that “[Kate] has the coldest hands ever. They say, 'Cold hands, warm heart.’” Implying she has the warmest heart.

Earlier that same day, the senior royals had stopped by a nearby goat farm to highlight “the importance of the agricultural industry to people in rural communities.” It was during a tour of the farm by locals Gary and Jess Yeomans, the Duke and Duchess of Cambridge shared further details about their typically private family life.

As per People, the royal duo — who were visiting Wales without their three children Prince George, Princess Charlotte, and Prince Louis — were shown a robot silage sweeper on the farm, which is also used to move goat feed. “That was George's job at half term — moving fed,” the Duchess revealed, adding, “I was looking into my ancestry and there was someone who was a rare breed goat farmer.”

Meanwhile, Prince William also shared that the Cambridge family were also getting into agroforestry, which involves strategically plating rows of trees to benefit the landscape and wildlife.

This isn’t the first time the Duke and Duchess have opened up about family life in recent months. During her February visit to Copenhagen’s Children’s Museum, Middleton disclosed that she always feels broody while spending time around babies.

“William always worries about me meeting under one-year-olds,” the Duchess admitted, revealing that she often returns to “waning another one.” Speaking during her royal visit, Middleton also pointed out that, although “there is so much joy and happiness associated with having a newborn baby,” people don’t often “talk about the worry or anxiety that comes with having a newborn.”