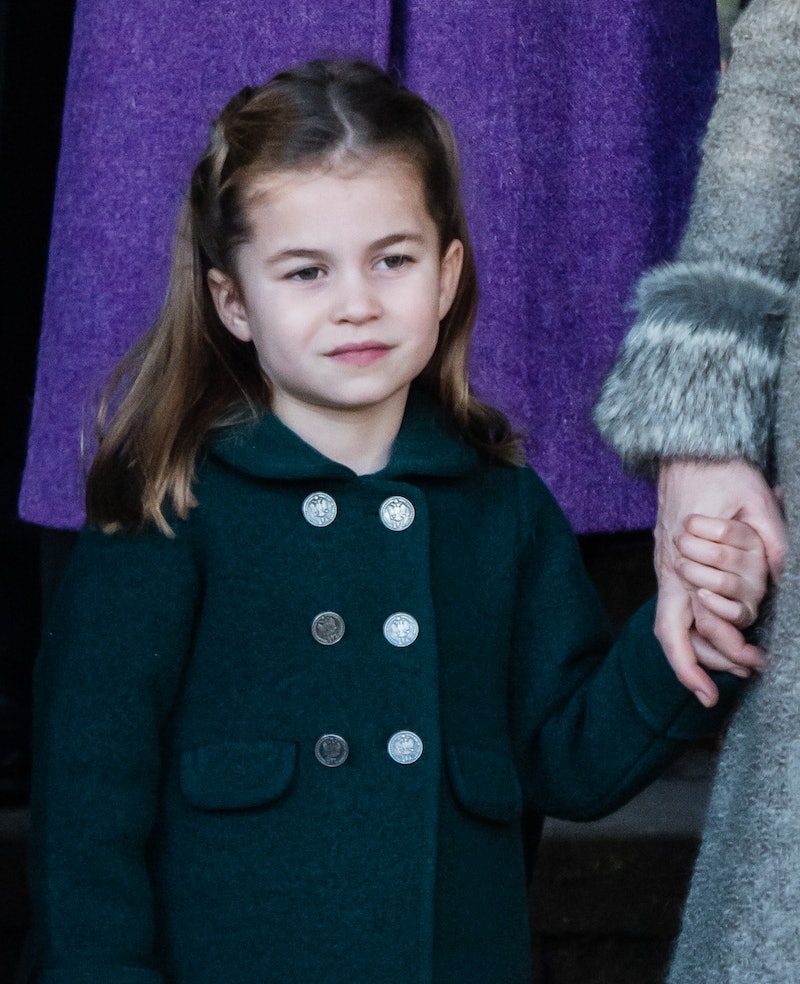 The British royal family’s littlest princess is making a big mark on fashion already. Princess Charlotte’s birthday dress sold out just days after she was photographed in it, according to Express. By boosting sales of the navy Rachel Riley floral button-front dress, she’s continuing to make a case for herself as the family’s newest trendsetter, joining her mom, Kate, the Duchess of Cambridge, and aunt Meghan, the Duchess of Sussex.

The dress — which retails for £59 for U.K. shoppers and $85 for buyers stateside — caught people’s attention in a portrait taken by her mother. Kate and her husband, Prince William, released the photo to mark Charlotte’s sixth birthday on Saturday, May 2, giving designer Rachel Riley a reason to celebrate in the process. Despite the fact that relatively little of Charlotte’s outfit can be seen in the photo, the frock became a must-buy item. It is currently unavailable via Rachel Riley’s U.S. site “due to popular demand” and only a limited selection of sizes are in stock via the U.K. counterpart.

Riley was, of course, thrilled that her work had been chosen for the royals’ special occasion. “It was such a treat to see Princess Charlotte wearing our button-front floral dress to mark her sixth birthday!” she told Express. She also noted how “happy” Charlotte appeared.

As for Charlotte’s fashion sense, Riley expects big things from Queen Elizabeth II’s granddaughter. “We look forward to seeing Princess Charlotte’s style develop as she continues to grow and mature and we have no doubt she will become as much of a style icon as her mother is,” she added.

Kate has certainly become known for influencing fans’ purchases. On numerous occasions, she’s worn items that have flown off shelves shortly thereafter, from her iconic blue engagement dress to the Topshop smock dress she wore on an official tour of India. Similarly, her sister-in-law Meghan has led people to open their wallets; a study found she was the most influential dresser of 2019. Their ability to turn a fashion moment into purchases led to the creation of the terms “the Kate Middleton effect” and “the Meghan Markle effect.”

“The Princess Charlotte effect” is a real phenomenon, too, and it’s not new. In 2015, the brand valuation and strategy consultancy Brand Finance estimated that the now-6-year-old could increase the United Kingdon’s economy by $4.5 billion over the course of her lifetime, in part because of her ability to boost sales, per International Business Times. Even at that time, there were already examples of the young royal’s power, including the huge demand for the yellow cardigan she wore in her second birthday portrait.

Charlotte may only have a limited say over what she wears now, but as she continues to grow into her style icon status, royal watchers will be following her lead.

More like this
Kate Middleton Wore The Ultimate '90s Power Suit
By Sam Ramsden
Every Single Thing In Maya Jama’s 'Love Island' Wardrobe
By Darshita Goyal and Sophie McEvoy
Hailey Bieber Looks Just Like Princess Diana & I Need To Copy Her ASAP
By Sophie McEvoy
Beyoncé Wore A Golden Sheer Gown At Her VIP Dubai Concert
By Sam Ramsden
Get Even More From Bustle — Sign Up For The Newsletter
From hair trends to relationship advice, our daily newsletter has everything you need to sound like a person who’s on TikTok, even if you aren’t.