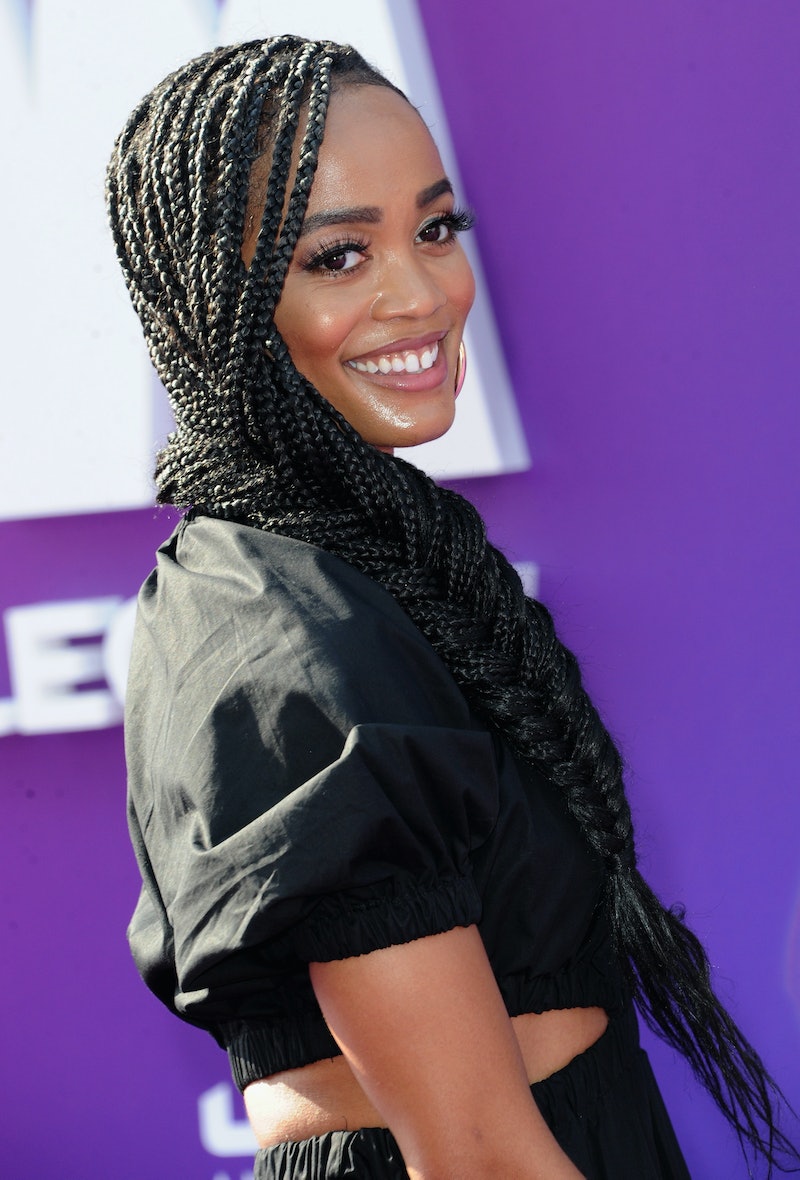 It’s been nearly a year since Rachel Lindsay and Chris Harrison’s pivotal Extra interview, in which the former Bachelor host defended Rachael Kirkconnell’s past racist behavior — which included attending an antebellum plantation-themed party in college. Though the interview’s impact on Harrison was easiest to see (he stepped down from his longtime hosting gig as Bachelor Nation confronted the franchise’s history of exclusion), the fallout also greatly affected Lindsay herself.

As the former Bachelorette told People in an interview published Jan. 19, death threats and other cruel remarks were among the response from critics. “I'm used to being misunderstood,” Lindsay said. “But people who didn't even watch the show were saying, ‘That woman got that man canceled.’ I had commenters saying they hoped I was infertile. That ripped me up inside.”

During the 2021 Extra interview, Harrison seemed receptive to the difficult discussion at hand. “I love that you and I can have these conversations,” he told Lindsay. “You and I have these conversations all the time, and I love that we can debate and talk back and forth, and there’s a respect, and there’s a love, and there’s a grace here.” However, as Lindsay revealed to People, the tune quickly changed, and she and Harrison “haven’t spoken” since then. “He unfollowed me,” she said. “That tells me everything I need to know.”

Despite the hurtful comments, Lindsay suggested the Bachelor Nation shake-up that followed the interview was worth it. “I still get messages blaming me for the show not being the way it used to be,” she said. “But I think that's a good thing ... I hope the show steps up and diversifies more, whether it's with age or gender or race. I would like for them to naturally and organically step into 2022.”

As Lindsay promotes her new book, Miss Me with That: Hot Takes, Helpful Tidbits, and a Few Hard Truths (out Jan. 25), she has been sharing similar sentiments on Instagram. In one Martin Luther King Jr. Day post titled “Miss Me With... Your Fragility,” Lindsay directly referenced the Bachelor Nation controversy. “Think about what you’re asking of me when you complain about the discomfort that the lack of representation in the Bachelor franchise creates for people of color,” she wrote. “Ask yourself just how concerned with white discomfort was the Black historical figure you post on Instagram every February.”