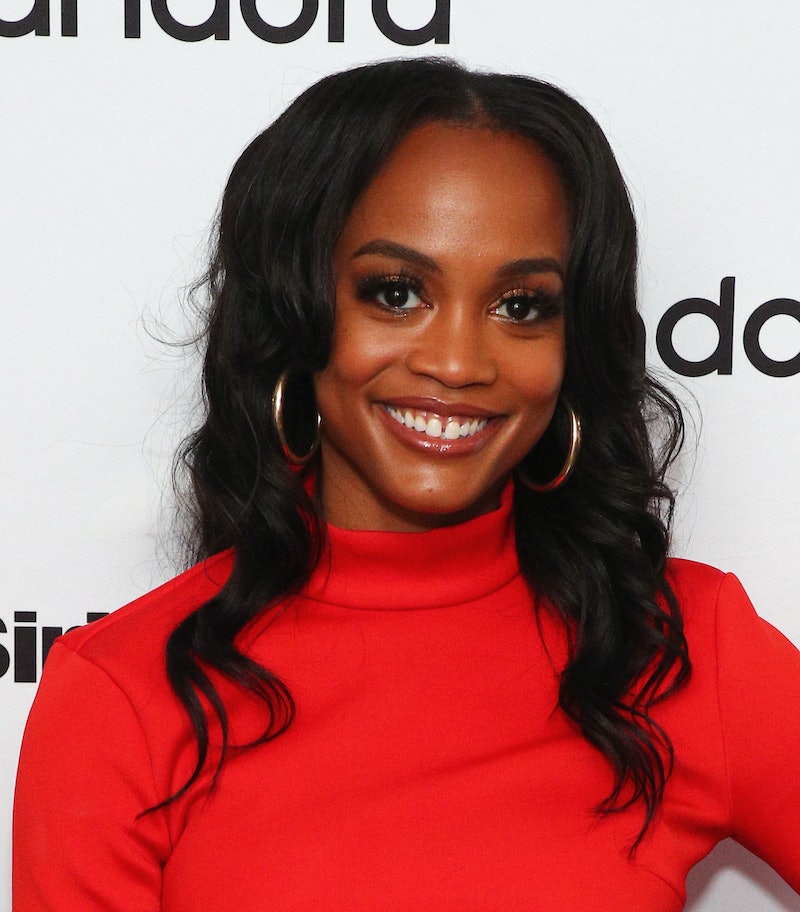 The former Bachelorette said that the resurfaced tweets were particularly surprising because the 27-year-old mental health counselor has been "very outspoken about all the inequalities and injustices within the [Bachelor] franchise." In recent weeks, Nolan called out current Bachelor frontrunner Rachael Kirkconnell for past racist behavior, including photos that surfaced of her at an antebellum plantation-themed party in 2018. She also condemned longtime host Chris Harrison for defending Kirkconnell and called for ABC to "#FireChrisHarrison" on Instagram.

"I think people are very upset and shocked and disappointed. I'll throw myself in there," Lindsay said regarding Nolan's derogatory tweets. "She's been very vocal, she's been very definitive in what she believes and then to see something that is so opposite of that — it's shocking. At first, I was like, 'Is this real?'" The tweets were especially hurtful because, although she and Nolan weren't close while filming, Lindsay said they had recently "become cool" with each other.

Now that Lindsay is aware of Nolan's past tweets, she wants her followers to know that she's not going to let that behavior slide. "I have the same energy with Taylor that I have with anybody who does something that's wrong," she said, nodding to her recent comments amid The Bachelor's racism scandal. "I said the same thing with Chris Harrison even though that message seems to be getting lost. I said the same thing with Rachael [Kirkconnell]. You're never going to hear me say, 'Cancel this person. This person is done. I'm done with them' What you'll hear my say is, 'We have to hold this person accountable.'"

Lindsay's comments came just a couple of days after Nolan issued a 30-minute video apology and two written posts on her Instagram feed. "These tweets were not surfaced in good faith and were in direct opposition to the work I do today for all those communities who were hurt by my tweets," she wrote in the first post. But after being criticized for deflecting blame rather than taking accountability, she issued another statement. "There is no question or defending that every word of my old tweets are harmful, wrong, triggering, and incredibly upsetting to the communities that I identify with and that I support," Nolan wrote. "I'm so sorry to the folks that were triggered and re-traumatized by seeing the hurtful words from my past."

While Lindsay certainly believes that Nolan's past behavior is indefensible, she also made it clear that it was wrong of people to dig into her past. "What she did was wrong. It was terrible," she said. "It was shocking. It was disgusting and she should be held accountable for that. But I think the problem is that the people who went digging for that were out to crucify her." And after explaining that Nolan is "not the same person that she was before," Lindsay said she's curious to hear more about what inspired Nolan to start advocating for marginalized communities.

"I would love for Taylor to come out and say how she got to the place she is today," Lindsay said. "Go from the mistakes she made, what she did, recognize it, don't make any excuses for what you did, it was wrong, but then tell us how you got to the place you did today, because that could reach a lot of people."