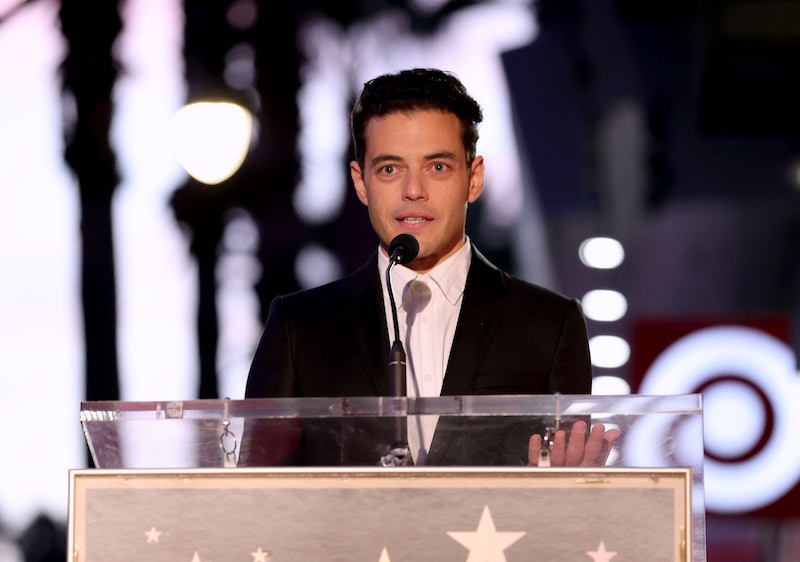 During his hosting debut on Saturday Night Live, Rami Malek brought style, humor, and some James Bond-esque villainy to the stage. The actor, who plays antagonist Lyutsifer Safin in No Time to Die, started the Oct. 16 episode by saying that he’s always been drawn to the bad guys. “I’ve played a lot of dramatic roles in my career, recently the new Bond villain,” he said. “I don’t usually do comedy. I tend to play these really intense characters, which makes a lot of sense because people tell me I have a resting villain face.” To prove his point, he stared down the camera.

Malek then listed off a variety of famous villains whom he admitted he sympathizes with. “I’ve always been more drawn to villains,” he said. He claimed that he’s #TeamScar in The Lion King. “I actually found Simba to be kind of annoying. You want to be king? You’re 3 years old,” he said. As for The Silence of the Lambs, “I’m always like, ‘That poor Hannibal,’” he said. “That lady Clarice just keeps coming in and asking him all these questions. Leave the guy alone!”

On a more serious note, Malek went on to say that he’s happy to play villains, since he’s just grateful to be in films. “I never thought this would be my life. I’m the son of Egyptian immigrants, and I had this kind of sheltered childhood,” he explained. He added that his twin brother — whom the internet once went wild over — and sister were in the audience, and that his brother was even going to swap places with him in one skit. “You’ll never know which one — might even be right now,” he joked. “I’m kidding. It’s me, Rami.”

It was the perfect way to kick off the night for the actor, who’s seen a meteoric rise to fame in the last few years. Beginning his career on the New York City theater circuit, most people first became familiar with Malek when he starred as Pharaoh Ahkmenrah in the Night at the Museum film trilogy. He went on to win an Emmy for his lead role in Mr. Robot in 2016, and in 2018 won an Oscar for playing Freddie Mercury in Bohemian Rhapsody. He’s currently starring in a James Bond film, and now he’s added being a bona fide late-night comedy show host to his oeuvre.

More like this
Michael B. Jordan Tackled His "Public Breakup" With Lori Harvey On 'SNL'
By Brad Witter
The Black Lotus Staff Has "Had Enough" In The 'White Lotus' Spoof From 'SNL'
By Brad Witter
Pedro Pascal Barely Got Through The "Lisa From Temecula" 'SNL' Sketch
By Stephanie Topacio Long
Who Is Pete Davidson Dating? He & Chase Sui Wonders Got Caught Kissing
By Jake Viswanath
Get Even More From Bustle — Sign Up For The Newsletter
From hair trends to relationship advice, our daily newsletter has everything you need to sound like a person who’s on TikTok, even if you aren’t.