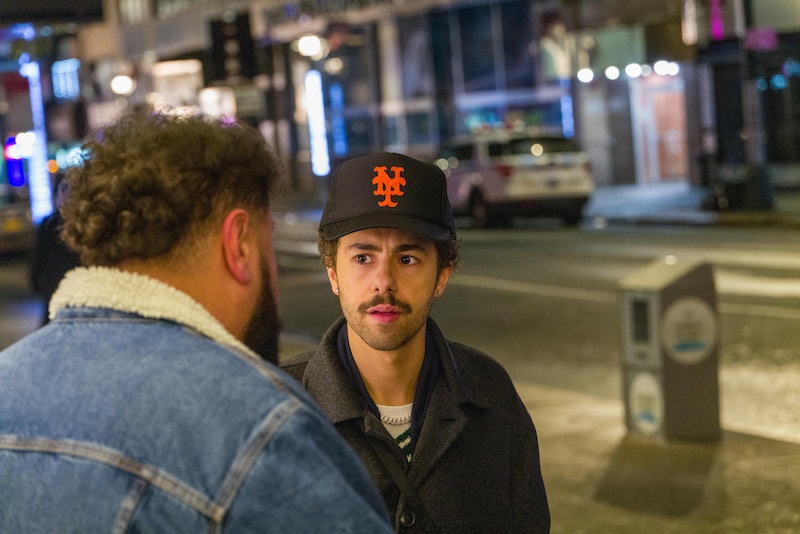 Spoilers ahead for Ramy Season 3. If you thought Ramy Hassan’s life was crumbling before, Hulu’s Ramy Season 3 takes rock bottom to a whole new level. Sure, the show’s titular first-generation, Egyptian-American protagonist (Ramy Youssef) became rich after quitting his job with his uncle and opening a competing business in New York’s diamond district, but in the process, he lost his dog, alienated his family and friends — including longtime BFF Steve (Steve Way) — and also found himself in a crisis of faith. Though Hulu has yet to renew Ramy for Season 4, by the finale’s end, redemption wasn’t necessarily out of reach for him in the future.

“The way the episodes are designed, we see Ramy alone a lot, and we see his family and even his friends together without him,” Youssef, who created, directs, produces, and stars in the show, recently explained to The Hollywood Reporter. “And where we leave Ramy, it feels like this glimpse at what could be a new chapter for him. As we think about what would be happening in our next season, I think there’s another big chapter for him and Steve.”

Despite hopes for a yet-to-be-confirmed fourth season, Ramy’s end could still be in sight. “We really are excited about doing one more season,” Youssef added in his THR interview, referencing a Season 3 moment involving Ramy not taking off his socks before cleansing himself in the ocean. “He was so overtaken by this moment. We’re excited for what he’s going to step into in what will probably be our last chapter.”

In the meantime, here’s everything else to know about a likely Ramy Season 4.

“Just from talking with her and getting to know her, I was certain that her emotional access as a person, she’s such a cool person, I felt really confident that that would translate on the screen,” Youssef told E! of Hadid’s first-ever acting role. “It really does in a really cool way.”

Historically, Hulu has announced Ramy’s renewals roughly one to two months after each season premiered. The gaps between each installment haven’t exactly followed a pattern though. While there was just over a year between the first two season’s release dates, fans had to wait well over two years before Season 3 premiered on September 30, 2022. Given that Youssef is already thinking about the next chapter, however, a late 2023 Season 4 drop date isn’t entirely out of the question.

This post will be updated as more Ramy Season 4 details become available.