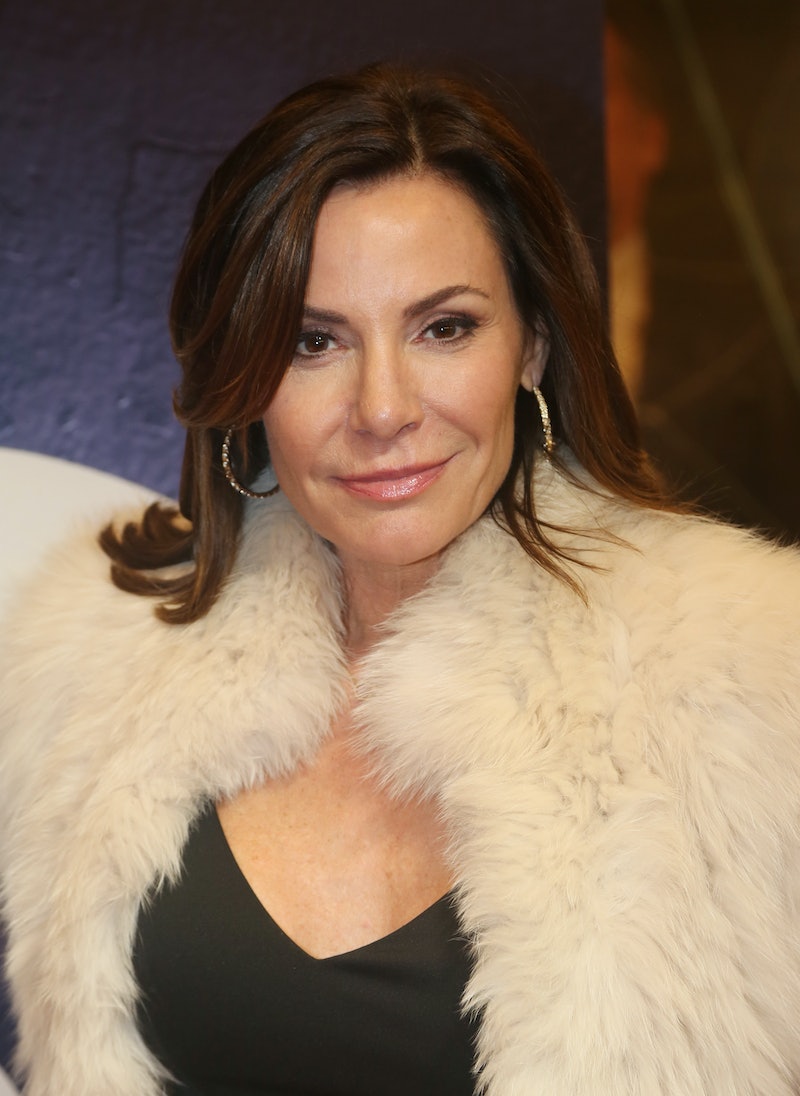 Following reports that Luann de Lesseps was “drunkenly” kicked out of gay piano bar, the Real Housewives of New York City star addressed the incident on social media. “This week, after a regrettable incident I was faced with the truth,” she wrote on Instagram on Saturday, March 19, apologizing to the Townhouse of New York’s staff and “anyone else” she “may have offended” by her behavior.

According to a Page Six report, the “Money Can’t Buy You Class” singer, who’s openly documented her sobriety journey on the Bravo reality series, “drunkenly took over the mic” at the midtown Manhattan lounge on March 16, “belting out tunes and telling booing patrons “f*ck you” before she was eventually kicked out,” though she denied ever being asked to leave.

“Clearly my struggles with alcohol are real!” the RHONY star added on Instagram. “While I’ve made great strides over the years, there’s been times I’ve fallen. It’s one day at a time! I’m in recovery and taking steps to ensure this doesn’t happen again.”

Though a Page Six staffer reportedly reviewed footage of the incident — and a source claimed that she became belligerent when the piano player and patrons didn’t know her songs — the Countess gave the outlet a slightly different version of events. “I got up and sang a few Broadway songs they were playing,” she told the outlet via a representative, explaining she was “in a celebratory mood and drinking champagne” with Broadway producers over dinner after rehearsing for her upcoming cabaret show. “I realize I was a little bit tipsy, but we were having fun, and it was getting late ... and then we left around midnight, 11:30 p.m.”

Discrepancies aside, de Lesseps added on Instagram that she is grateful for the “constant support” of her family and friends. Among her fellow Bravolebrities that sent supportive messages were Lisa Rinna, Margaret Josephs, Kelly Bensimon, Marysol Patton, Kameron Westcott, and Ultimate Girls Trip co-star Cynthia Bailey, who replied, “I love you & support you always.” Even her former flame American Idol alum Constantine Maroulis called her a “good gal” in a comment.

As documented in RHONY, de Lesseps was arrested in December 2017 for battery, trespassing, and disorderly intoxication. During the Christmas Eve arrest in Palm Beach, Florida, the reality star allegedly kicked a police officer and yelled, “I am going to kill you all.” She agreed to plead guilty, in exchange for the felony charge against her being reduced, and a judge ordered her to perform community service and attend Alcoholics Anonymous meetings as part of her probation.

Shortly after her arrest, de Lesseps voluntarily entered an alcohol treatment center, and her probation ended in August 2019. She shared the ups and downs of her sobriety in recent RHONY seasons, and even launched a non-alcoholic rosé late last year. “Luann works very hard to maintain a healthy lifestyle,” a source told People on March 18. “But she made a mistake and fell off the wagon.” Even so, the insider added, she is “using this experience as a valuable lesson” and will be “taking steps to make sure it doesn’t happen again.”

More like this
These 10 Wild Real Housewives Fights & Moments Are Andy Cohen’s All-Time Faves
By Grace Wehniainen
Which RHODubai Housewife Has The Biggest Net Worth?
By Hugh McIntyre
Jill Zarin Said Her 2011 RHONY Firing “Felt Like A Death”
By Brad Witter
Tamra Judge & Vicki Gunvalson Gave A Hopeful “Tres Amigas” Update
By Brad Witter
Get Even More From Bustle — Sign Up For The Newsletter