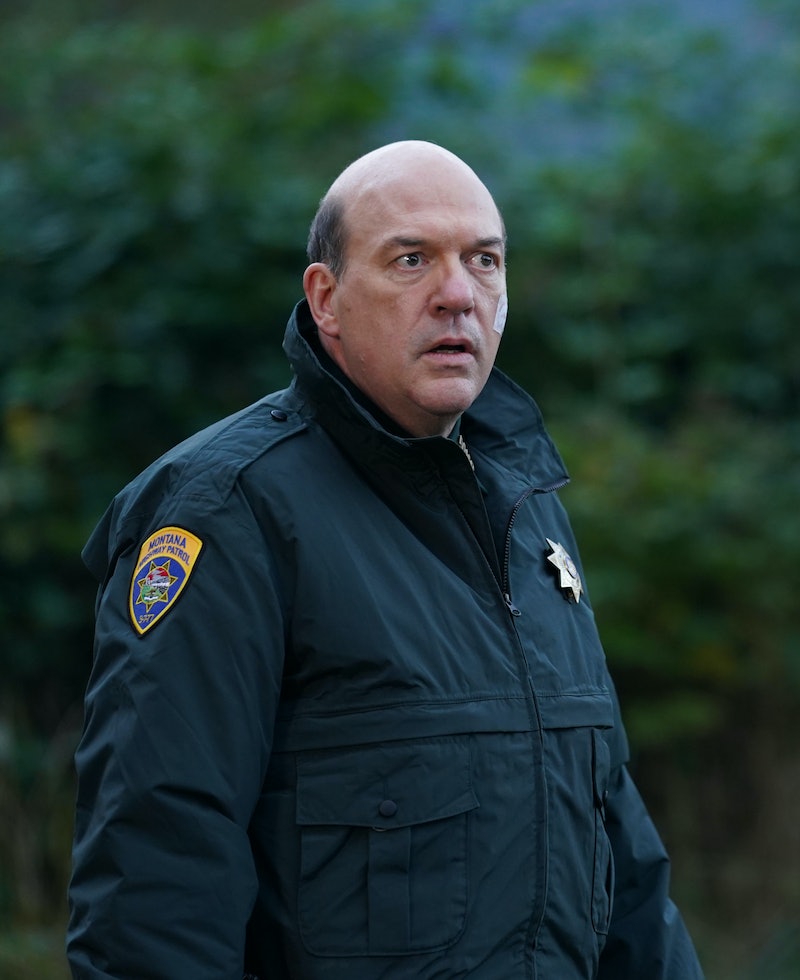 Spoilers for Big Sky Season 1 Episode 5 ahead. In just a handful of episodes, Big Sky has proven that it's not afraid to kill off major characters. In the premiere, corrupt state trooper Rick Legarski killed former cop Cody Hoyt for getting too close to Legarski's sex slave trade. In the Big Sky winter finale, detective Cassie Dewell shot Legarski to help free the three young women he was holding captive. And while she helped Grace, Danielle, and Michelle (also known as Jerrie) in the moment, Cassie just created a ton of trouble for herself.

While you never really know on TV if a character is actually dead or if they survived a big cliffhanger, that's probably not the case here. In C.J. Box's book The Highway, which inspired Big Sky, Cassie does shoot and kill Legarski — so chances are he's also dead for good on the show. Cassie temporarily solved a problem, but killing a state trooper won't be easily overlooked. In the winter finale, Cassie's partner Jenny Hoyt was arrested for criminal stalking for putting a tracking device on Legarski's car without any proof that he was committing a crime. Now, the same person Cassie and Jenny were stalking is dead, and there's still no hard evidence against him.

Viewers know that Legarski was mixed up in the kidnapping and sex slave trade. We also know that Cassie gave Legarski about a million chances not to be shot. But he drew his weapon on her and threatened her, and Cassie heard the girls screaming in the background, so she felt she had no choice. However, no one else knows that.

In the novel, Cassie gives Legarski much less leniency in the dramatic final moments. She fires 10 times at him as soon as she sees him, and then she shoots two bullets from his gun to make it look like she fired in self-defense. She gets away with it in large part because there was video evidence showing Legarski killing young women. The same can't necessarily be said in the show, which means Cassie could face prison time for killing a trooper. Perhaps the sheriff will accept that Legarski was on the premises with the three kidnapped girls as evidence that he was up to no good, but we can't be sure.

With Legarski dead, he also won't be able to rat out his truck driver partner Ronald, whom Jenny and Cassie don't even know about. Ronald could even take over the kidnappings and sex slave trade in Legarski's absence right under the detectives' noses.

Cassie did what she felt she had to in the moment, but the fallout from her actions is only just beginning.