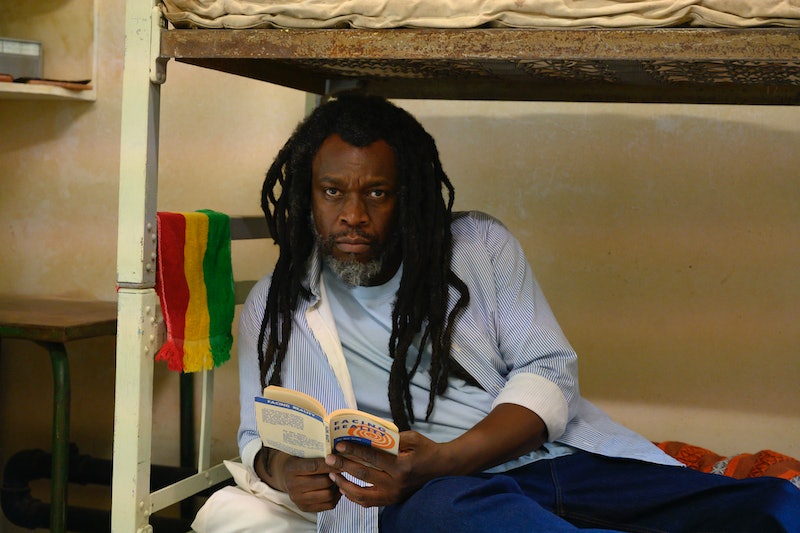 Like Lovers Rock before it, Steve McQueen's most recent instalment in the Small Axe anthology, Alex Wheatle, features a lot of up-and-coming talent who are new to TV, including our leading man Sheyi Cole, who auditioned for his part while still at drama school. However, there are a number of familiar faces in the cast also, including Robbie Gee, the actor playing Alex's cellmate Simeon.

Simeon is a more mature inmate who Alex finds himself at odds with when he first enters prison during the Brixton uprising in 1981. Soon, however, the two develop a bond, with Simeon becoming a mentor of sorts, encouraging Alex to read more and start his journey as a novelist.

Gee is a British actor who's appeared on stage and on screen for many years. His theatre creds include shows at The National and The Royal Court, plus a national tour with The Possee. However, Gee is best known for his role in the legendary Channel 4 sitcom Desmond's (where he starred as Lee "The Peckham Prince" Stanley) and his time on the BBC's The Real McCoy.

His impressive acting CV doesn't end there, though; he's also featured in a number of blockbuster movies including Paddington 2, where he played Mr Barnes, and Pirates Of The Caribbean: Dead Man's Chest, where he acted alongside Orlando Bloom as Shrimper. Plus he had a stint on Eastenders back in 2009.

The 50-year-old actor is a founding member of GeeStor Productions, which he set up with his comedy partner Eddie Nestor. Together, the pair do live music and comedy and have travelled the world together performing.

As well as acting and the world of comedy, Gee is said to be a big football enthusiast and even coaches kids in his spare time. He's also passionate about his charitable work, including organising Silimanjaro back in 2015, which saw him, Nestor, and a small group of loved ones climb up Kilimanjaro to raise money for four important organisations.

If you want to keep up with Gee, the star is fairly active on his Twitter account. You can next expect to see him in thriller The Kindred, which is currently in post-production.