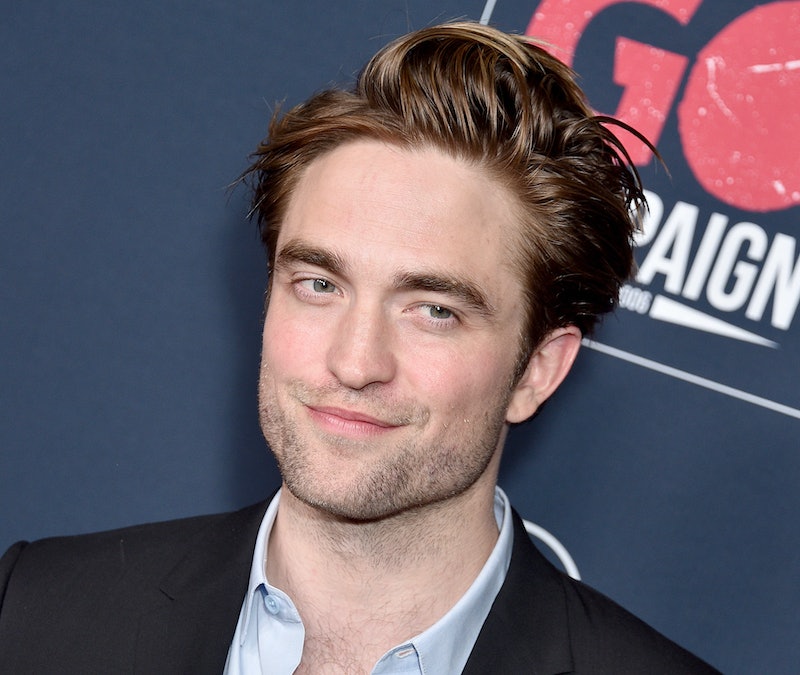 Just when cameras were finally starting to roll once more on the set of The Batman, COVID-19 has put a stop to things — again. Robert Pattinson has reportedly tested positive for coronavirus, according toVanity Fair. This means that production on The Batman has been halted once again, just days after it resumed in film studios outside of London. Bustle has reached out to representatives of Pattinson and Warner Bros. Pictures for comment, but did not receive an immediate response.

Pattinson's rumored COVID-19 diagnosis has not yet been confirmed. However, in a statement to Vanity Fair, Warner Bros. confirmed that "a member of The Batman production has tested positive for COVID-19, and is isolating in accordance with established protocols." The company did not comment further on any individual crew member's health, simply confirming that "filming is temporarily paused." But, the outlet reported that "highly placed sources" confirmed Pattinson is the member of production who tested positive.

Like most TV and film projects, production onThe Batman was first halted in mid March due to uncertainty surrounding the coronavirus pandemic and quarantine lockdowns starting around the world. Director Matt Reeves told Deadline in April that 25 percent of the movie was shot before being forced to shut down, which, it turns out, was enough to craft a pretty compelling Batman teaser. The film is currently scheduled for release on June 25, 2021, but the latest pause on production could put that date in jeopardy.

Regardless of whether or not Pattinson is the crew member who tested positive for COVID-19, given the life cycle of the virus, it's likely that production on The Batman will be paused for at least two weeks to one month, if not longer. Pattinson is, of course, set to play the titular role, meaning production can't exactly go on without him. The film also stars Colin Farrell as the Penguin, Paul Dano as the Riddler, and Zoë Kravitz as Catwoman.