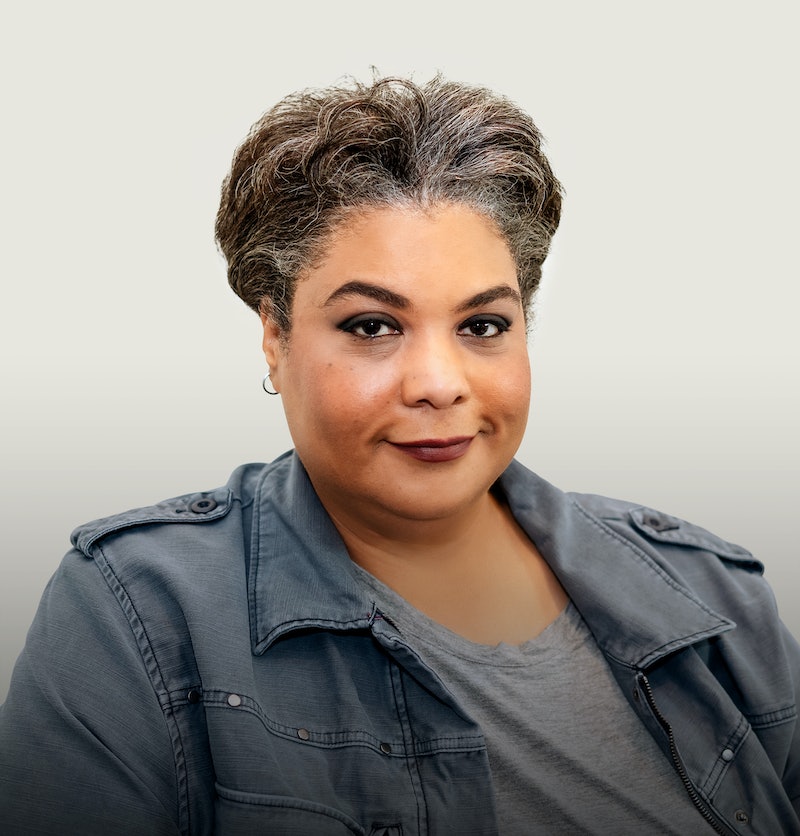 There are writers who hoard their knowledge, guarding their accolades and glaring over their shoulders at any young upstarts encroaching on their literary turf. And then there’s Roxane Gay.

An ardent believer in the power of books, Gay is something of a literary evangelist, sharing her expertise as a writer with young up-and-comers as a professor at Purdue and Yale (and now, MasterClass), and using her platform to spread the word about exciting new work — all on top of penning her own bestsellers like Bad Feminist. Earlier this year, she decided to formalize this aspect of her work, launching her Audacious Book Club to highlight books from writers with vital stories to tell. Now, she’s bringing it to the next level, merging her existing club with the Austin-based startup Literati.

For June, she selected the novel Of Women and Salt by Gabriela Garcia — a former student who she believes is poised for greatness. An upcoming selection, Ashley C. Ford’s debut memoir Somebody’s Daughter, is also from a onetime student. “I’m just so proud of them,” Gay says. “They’re doing it on their own terms, and they do it really well.” And it’s not just the young writers she’s mentored whom Gay wants to promote: other book club selections from debut writers include Detransition, Baby by Torrey Peters, Anthony Veasna So’s Afterparties, and Milk Blood Heat by Dantiel W. Moniz.

And there are more recommendations where that came from. Gay recently chatted with Bustle to discuss her book club selections and the novelists who inspired her as a kid — and the ones who inspire her now.

This book club is an extension of one you’d already started. Why did you choose Of Women and Salt for June?

Of Women and Salt is this really beautiful multigenerational saga of three Cuban women, and this constellation of other women in their lives. I have known this novel from the day it began — Gabriela Garcia is a former student of mine, and she started this in my novel writing class. I thought it was remarkable from the beginning. She’s always had a clear sense of the kinds of stories she wants to tell. She continued to work on the project well after my class, and eventually turned it into her thesis, and then it sold. I think on a sentence level, her writing is incredibly beautiful. She has an ability to make you care about her characters, which is what I look for in fiction.

What is it like for you as an educator to see your students thriving?

It’s amazing. I’ve been very lucky that in the past year, I’ve had three students publish books. And to see them succeeding is gratifying. When you’re in the classroom, you can see the potential, but you also don't know what they’re going up against when trying to get their books published. Certainly, it’s possible, but it’s also very challenging. It’s a very competitive thing to do, and I’m just so proud of them. They’re doing it on their own terms, and they do it really well.

What are some books or authors that influenced you most as a young writer?

As a young writer, I was really influenced by the Little House on the Prairie series, which we now know — well, we knew back then too, but as a child you don’t really understand what you’re reading as much — but we know now that it’s really problematic and that there is a lot of racism. But I grew up in Nebraska, and I loved reading a book about a girl from the Midwest. In the book Laura Ingalls was interesting, and she was imperfect, but she was still loved. As I got older and started reading more sophisticated books, Toni Morrison has certainly been a huge influence on my work, both fiction and nonfiction. And Edith Wharton is my favorite writer — The Age of Innocence in particular has really shaped how I think about writing certain kinds of issues and how to use razor-sharp wit.

You’ve published both fiction and nonfiction. Is there a formula that dictates what you write and when you write it, or is it more of a matter of inspiration?

It’s more a matter of what I think the piece needs. For example, I wrote my first novel [An Untamed State] thinking about this phenomenon of kidnappings in Haiti. I certainly could have written nonfiction, but I didn’t want to co-opt anyone’s stories, or veer out of my line. And that is my lane in some ways, but I also know that Haitian journalists are already doing incredible work, and so I didn’t feel the need to replicate the great work that’s already out there. In an instance like that, I know that fiction is the best choice. And there are other times where I feel like nonfiction is the right choice, or maybe a comic book. So it just depends.

Who are some up-and-coming writers who excite you?

I think Rivers Soloman is just incredible. They just wrote a novel called Sorrowland that is sort of magical realism. It's about this separatist Black community where there is something more going on. And this woman escapes and finds herself transforming after years of exposure in this community to something, but we’re unsure of what that is. They have a lot of ambition in terms of the scope of what they want to put into their work.

And then there is Donika Kelly. I wouldn’t say that she’s up-and-coming, but she’s a wonderful poet and one of the book club’s future writers. We’re going to read her book of poetry The Renunciation this fall. I’m really excited for people to engage with her work, because I love what she does with her poems.

And another writer is Ashley C. Ford — another future book club selection — whose first book is Somebody’s Daughter. It’s a memoir about a girl growing up with an incarcerated father, and the challenges she faced in childhood while trying to maintain a relationship with the man she never really saw. It’s moving and beautifully written. I’ve always known Ashley has had a lot of potential, but now I really see her stepping into her power as a writer. I’m looking forward to the rest of the world reading her work.