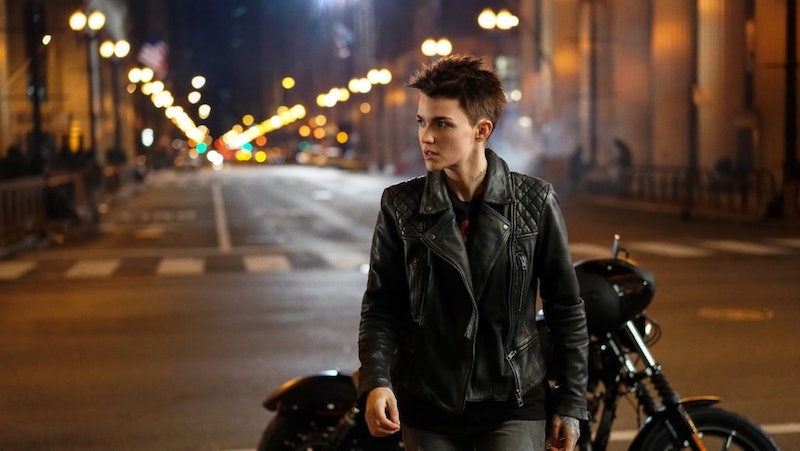 Almost two months after her sudden departure from the CW's Batwoman series, Ruby Rose is finally opening up about her decision to hang up her cape and cowl. In a new interview with Entertainment Weekly, Ruby Rose revealed her on-set injury made filming Batwoman more "difficult" than usual, adding that she need to take a "break" and fully recover. On May 19, Rose released a statement to The Hollywood Reporter explaining that she had "made the very difficult decision to not return to Batwoman next season," though she declined to go into detail about the reasons behind that decision at the time.

However, the actor recently explained to EW that playing the character of Kate Kane had become too "taxing" for her to handle, especially in the wake of the stunt injury Rose sustained during Season 1 that resulted in emergency neck surgery. "Being the lead of a superhero show is tough. Being the lead in anything is tough. But I think, in that particular instance, it was a lot more difficult because I was still recovering from my surgery," Rose explained, revealing that she didn't actually learn the full extent of her injuries until much later.

She continued, "I had my surgery and then 10 days later I went to work, which maybe wasn't the best idea. Most people take about a month or three off before they return to work, so it was definitely made more difficult by that. But as far as being a lead of a show or a film — regardless if it's action or if it's emotional — in whichever ways it's taxing."

However, Rose added that it wasn't just her injury that pushed her to leave the series; after production on Season 1 was shut down due to the ongoing coronavirus pandemic, the actor took some time to reevaluate what she wanted from her life and career. "You know, you have time in quarantine and sort of isolation to just think about a lot of different things and what you want to achieve in life and what you want to do," Rose explained, adding that she didn't get to film a "real Batwoman finale."

Despite her decision to leave the show, Rose had nothing but positive things to say about Batwoman's creative team and her time on the series. "I think for both [me and the producers], it was a great opportunity to have a dialogue about a lot of things. I respect them so much and they've been so respectful to me," she told EW. "I think it was actually a beautiful way to do something, especially since that was the first time it's ever been done — the first time Batwoman has ever been played in live-action and that she was LGBTQ."

Shortly after she announced her decision to leave the series, Rose wrote a message on Instagram thanking the "cast, crew, producers and [the] studio" for supporting the show and its groundbreaking nature. "I didn’t want to not acknowledge everyone involved and how big this was for TV and for our community," she wrote at the time. "I have stayed silent because that’s my choice for now but know I adore you all." Rose also added that she was "sure next season will be amazing," and has continued to share her support for Batwoman's new lead, Javica Leslie.

"I think that honestly, I was so proud and so happy when I was told who would be replacing me," Rose told EW about Leslie, adding that she has no doubt that the actor will do an amazing job as the new Caped Crusader, Ryan Wilder. "I'm just really stoked and I'm definitely going to watch the next season as well and see how it all comes together."