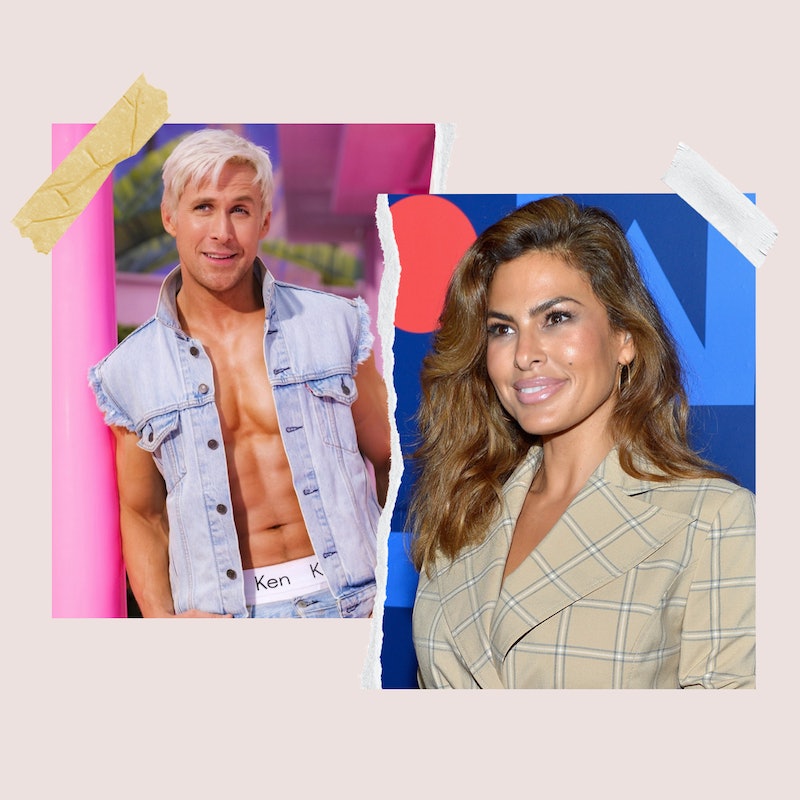 Anticipation over Greta Gerwig’s Barbie has been heating up since the film was announced. With Margot Robbie playing the title role, opposite Ryan Gosling as Ken, it’s no wonder fans are eagerly awaiting the 2023 release. Twitter had a lot to say when the first picture of Gosling as a shirtless, blonde Ken arrived. While some were loving the his “Ken” emblazoned underwear and chiselled abs, others were more conflicted. But there’s one person who knows exactly how she feels about it, and that’s Gosling’s partner of 12 years, the mother of his two children, actor Eva Mendes.

Taking to Instagram, Mendes reposted the image of a denim-clad Gosling posing in front of, what appears to be, a bright pink house. She proudly captioned the post: “So. F. Funny. So. F. Good. So F excited for you to see this… That’s my Ken.”

She wasn’t the only one who thought Gosling’s new Ken look was utterly brilliant. Actress Rita Wilson, who’s married to Tom Hanks, commented underneath: “I mean… I really cannot even… This is breaking the internet, for sure.”

Eva Mendes and Ryan Gosling were first romantically linked back in 2011, when they filmed The Place Beyond The Pines together. The couple became parents to daughter Esmerelda in 2014. By 2016, they’d welcomed a second child, Amada.

Though the duo has been going strong for over a decade, they’ve never officially address their marital status, or lack thereof, per Grazia. And they don’t often make public appearances together. Comically, back in Oct. 2020, Mendez got candid about parenting with Gosling. “Sometimes it feels like we are running some kind of bed-and-breakfast with very aggressive guests,” The Hitch star jokingly told the Sydney Morning Herald.

The same year, after revealing she hadn’t “seen the beach” recently, a follower presumptuously told her to “get out more.” She responded: “No, thank you. I'm good. Rather be home with my man than anywhere else in the world.”

That settles that, then.

More like this
At 28, Emma Thompson Was Already A Star — But Unhappy In Love, Actually
By Olivia-Anne Cleary
Alicia Silverstone Has Recreated An Iconic 'Clueless' Scene
By Frances Stewart
Keke Palmer Hopes 'Lightyear' Will Help “Normalise” Same-Sex Relationships
By Sam Ramsden
At 14, Bryce Dallas Howard Was Being Grounded From Set
By Olivia-Anne Cleary
Get The Very Best Of Bustle/UK