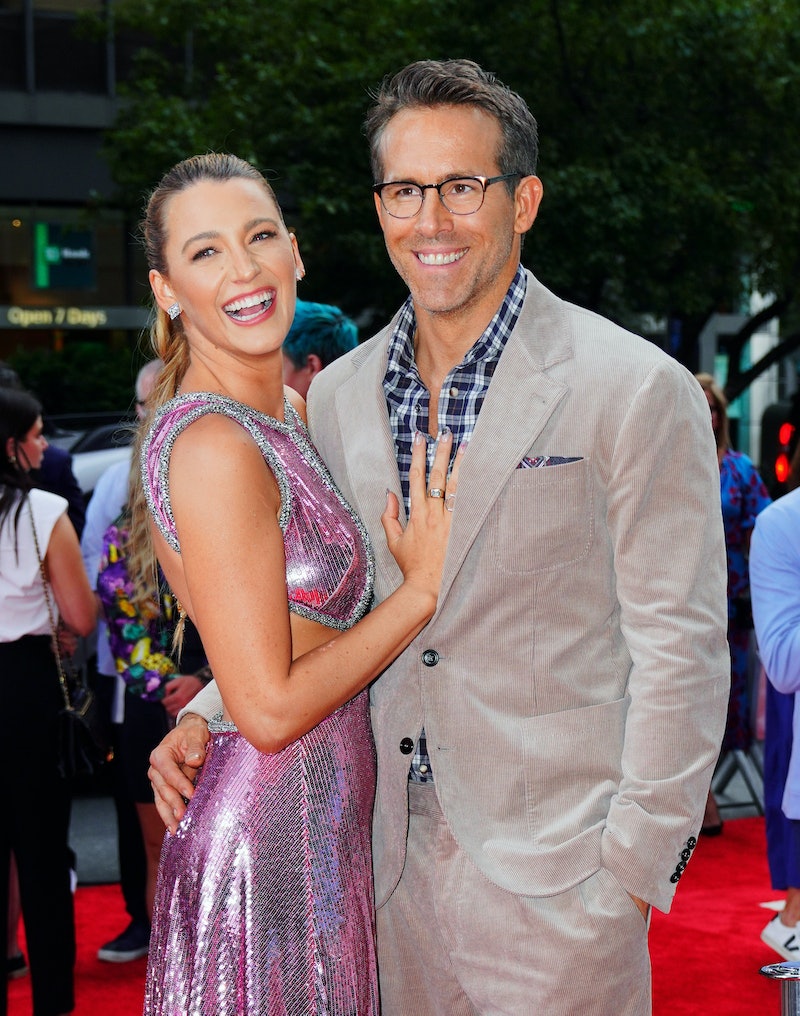 No one asked Ryan Reynolds about his sex life, but the Deadpool star gave fans a brief update anyway. On Wednesday, Nov. 10, Reynolds appeared on The Tonight Show Starring Jimmy Fallon after swapping late-night spots with actor Will Ferrell, who hit up Jimmy Kimmel Live in his place. Fallon was totally unprepared to interview Reynolds about his new movie, Red Notice, given the last-minute switcheroo. So instead, the actor spilled intimate details about his marriage and tried his best to promote Ferrell’s latest series, The Shrink Next Door.

“How’s Blake? How are the kids?” the late-night host asked the Free Guy actor. Reynolds took the opportunity to overshare about the couple’s sex life, despite insisting that he wouldn’t be answering anything too personal. “You know, they’re all good,” he responded. “Blake’s—no personal questions, by the way. But Blake is great. The sex is totally normal.” Fallon, for his part, promised that he “wasn’t going to ask that,” but Reynolds wasn’t convinced.

“Hey, hey, hey! Pump the sex brakes, Jimmy,” the 45-year-old Green Lantern star quipped. “I asked no personal questions, and you’re going right in on it, all right? Barbara Walters, easy.” Somehow, the interview only got funnier from there, especially since Reynolds had to answer questions about Ferrell’s new show, which he’s never seen before. “It’s sort of like an Ant-Man sequel,” he said of the series, which also stars Paul Rudd. “It’s in the Ant-Man universe.”

The Shrink Next Door, of course, has absolutely nothing to do with Marvel’s Ant-Man, but that didn’t stop Reynolds from telling the elaborate lie. He also falsely called the show a “period piece” and attempted to compare the Apple TV+ series to the 1989 comedy Honey I Shrunk the Kids. But much like Ant-Man, Ferrell’s new show is nothing like the beloved science fiction flick about an experiment gone wrong.

On Jimmy Kimmel Live, something very similar happened. Ferrell answered questions about Red Notice and spoke about his “wife” Blake Lively, who’s he’s not married to. “How’s your beautiful wife, Blake Lively?” the host asked. “My wife, Blake, is wonderful. Thank you for asking,” Ferrell said. “She’s doing great. It’s a busy household. She’s a great cook.” When asked what the Gossip Girl star makes, the actor improvised. “She makes oatmeal and killer nachos,” he guessed.

Overall, Ferrell was almost as good at gushing over Lively as Reynolds is. Earlier this month, the actor gave his wife a special shout-out while accepting the entertainment and entrepreneurship innovator accolade at WSJ Magazine’s Innovator Awards. “I want to thank my wife, Blake,” Reynolds said, according to People. “She is a genius. She’s a renaissance woman. And she pushes me in ways I never imagined I’d be pushed.”