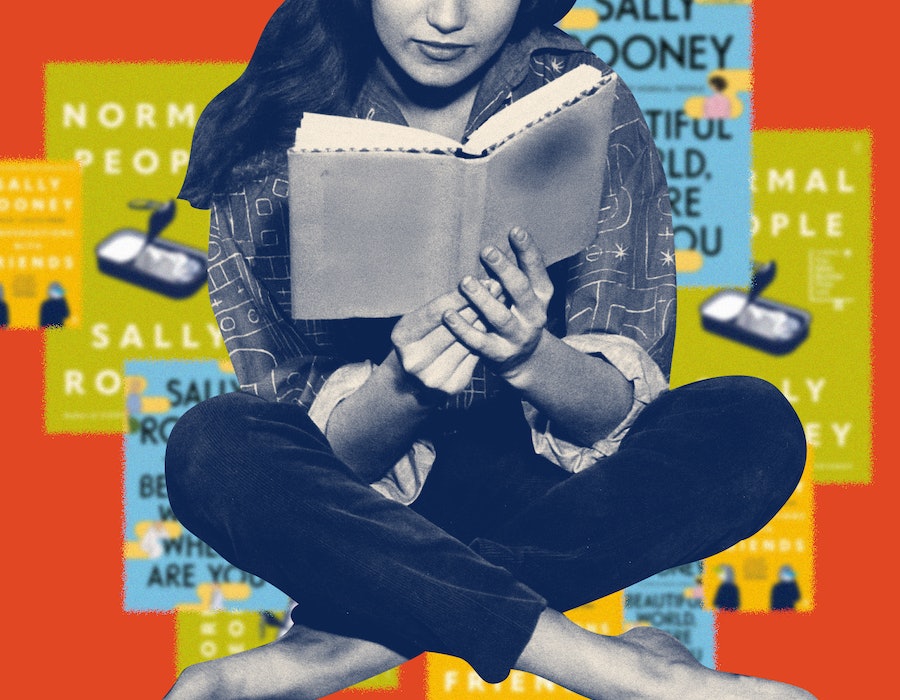 So I was interested to hear that some people considered Rooney’s latest book, Beautiful World, Where Are You,her least readable, largely due to entire chapters given over to emails between the novel’s two main female characters. In them, Eileen and Alice discuss their personal lives but also heavy topics ranging from capitalism to whether and when humans lost the instinct for beauty. While it wouldn’t be fair to characterize these emails as direct transcriptions of Rooney’s opinions — Eileen and Alice sometimes take opposite stances on an issue — the fact still remains that I would gladly read any glimmer of her thoughts refracted through a character. (Even on topics like “what are the best vegetables, in order.”) But not everyone agrees; some readers admit that they skimmed those chapters.

In one sense, however you want to read a novel is between you and your god — I’ve lost any capacity to be shocked by others’ reading habits since my aunt (smart, normal) told me she reads novels starting with the last chapter and working backwards. (Please respect my family’s privacy at this difficult time.) But I couldn’t imagine skipping the emails. For me, they weren’t a break from the horniness; they captured exactly how it feels to be horny now, in what many call “late capitalism” but I prefer to call “late existence of the planet.” Because while every generation suspects it’s living through the apocalypse, we’re the first generation that’s actually correct.

One hallmark of horniness in 2021 is our seamless ability to transition from talking about heavy shit to flirting. Who hasn’t, like Eileen, gone to a party, yelled at some guy named Gary about whether or not the middle class exists, and then gone to their crush’s house and put their hand inside his underwear? Within five pages we go from, “Well, Marx would disagree with you, but I know what you’re saying,” to “He shut his eyes and very quietly groaned.” Couldn't! Be! Me!

Rooney is also alive to the ways in which our global outlook is colored by whether or not our crush is being sweet to us. After one of the women finds out her crush is seeing someone else, she emails about how civilization is decadent and declining and ugly: “Cars are ugly, buildings are ugly, mass-produced disposable consumer goods are unspeakably ugly. The air we breathe is toxic, the water we drink is full of microplastics, and our food is contaminated by cancerous Teflon chemicals.” And while she’s not wrong, it’s the tone of a woman who saw a happy (and love-filled) life stretching before her until an hour ago. After being crushed by her crush, all she can think is that life is disgusting! Don’t talk to me before I’ve had my morning microplastics!

But when you spend a lot of time thinking about how civilization is declining and Earth is burning, it becomes clear that there are some rare joys, and that horniness is one of them. Rooney would not write so carefully about sex if she didn’t see intrinsic value in pleasure, in gratifying the senses during our one spin on the planet. (This is the same reason people write about eating good food, or feeling the breeze on your skin, both of which I also enjoy, but neither of which can also compliment my butt.) Compared to global inequality, sex is obviously unimportant. But maybe it’s also the entire reason for being alive?

Who hasn’t, like Eileen, gone to a party, yelled at some guy named Gary about whether or not the middle class exists, and then gone to their crush’s house and put their hand inside his underwear?

Part of the joy of horniness is the joy of crushing on someone, of learning how to love someone else, to interact with them meaningfully, to consider their needs and to do what you can to make each others’ lives better. If this is starting to sound like socialism, you’ve been Rooney’d! While the characters in all her books talk a big Marxist game, as critics have noted, they never really do much of anything about it. No one in Beautiful World, Where Are You is plotting to blow up fossil fuel infrastructure. As Eileen says, “What action do I ever take? In my defense I’m very tired and I don’t have any good ideas.” Same.

But they do learn to depend on each other and to be dependable. Rooney’s characters manage to find ways of loving and lusting that don’t involve owning your partner, as much as capitalism and patriarchy might encourage you to do so. Because of this, their relationships don’t always make sense from the outside, as is the case for two of the characters in Conversations with Friends, female exes who have begun sleeping together without becoming “girlfriends”: “It was a relationship, and also not a relationship. Each of our gestures felt spontaneous, and if from the outside we resembled a couple, that was an interesting coincidence for us.” (If this resembles Lorde talking about whether or not she’s dating Jack Antonoff, that’s an interesting coincidence for us!)

The last chapters of BWWAY nearly catch up to the pandemic, with the characters in lockdown. The past year and a half, more than any time in my memory, has shown us that systems can collapse and the world continues. That people still fall in love and have sex and make very bad decisions about their crushes, or very good. That the state of the world and horniness are deeply intertwined — I never would have followed Connell’s chain on Instagram if I hadn’t been locked inside for two months, positive that I’d never be kissed again. (At least this is what I’m telling myself.) It has reminded us that the world can be ending and we can have a lot of feelings about the hot but extremely confusing guy we just slept with, and that those things are equally worthy of consideration in an email, or a book chapter, or a life.