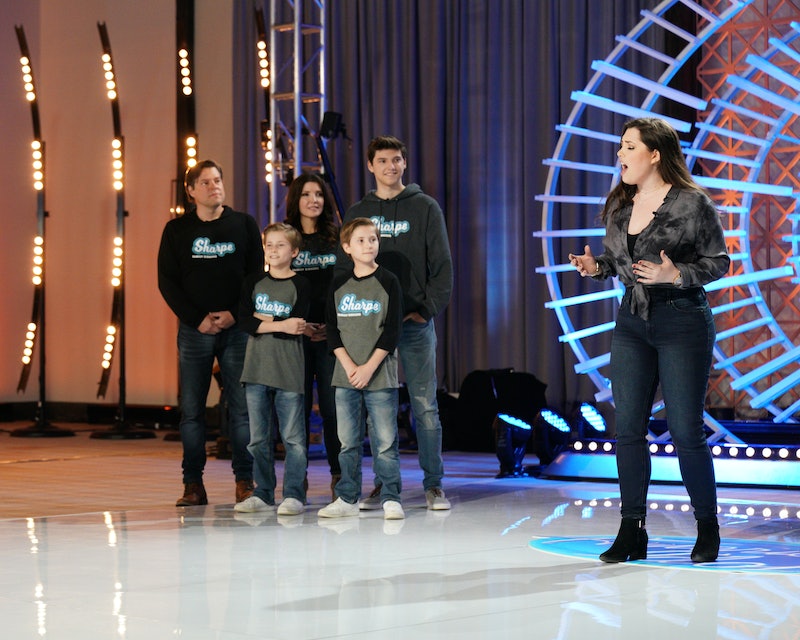 Claudia Conway and Benson Boone aren't the only TikTok stars on American Idol Season 19. Samantha Sharpe also auditioned for the show after a video of her Broadway-fanatic family — now known as the Sharpe Family Singers — went viral on the platform at the start of the pandemic. Next thing they knew, Idol was calling.

Ahead of her audition, here's everything to know about Samantha and her musically gifted family.

Comprised of Samantha, her brothers Logan, Aidan, and Connor, and her parents Ron and Barb, the family has accrued 5.5 million followers on their TikTok account, where they post a cappella versions of popular songs. Ron and Barb met on Broadway while playing Marius and Cosette in Les Miserables, so she and her siblings grew up around music; before the pandemic hit, they performed together nationwide.

After gaining exposure online, the family released their debut album A Sharpe Family Christmas, and are set to release another this spring, per Medium.

The family has 360,000 followers on Instagram, where they mostly re-share their TikToks and keep fans up to date about their lives.

Though all of the Sharpes are talented singers, Samantha's voice often shines the most in their videos, which is why Idol reached out and asked her to audition. "They found the family and me," she said on The Tamron Hall Show. "It was crazy."

On Instagram, Samantha shares — you guessed it — more singing videos, the occasional selfie, and pictures with her boyfriend. Lately, she's been posting a lot about her Idol journey.

Considering she makes so many TikToks with her family, it's not surprising that Samantha's personal TikTok page is a little more sparse. But the few videos she has further show off her Disney princess-like vocals.

If she doesn't win Idol, the "happiest place on earth" may be calling her next.