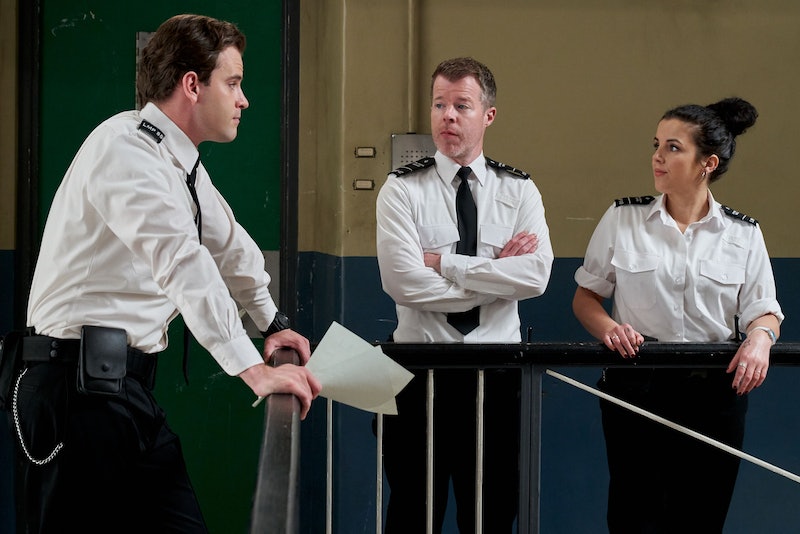 Much to the joy of fans of crime dramas and thrillers, Channel 4 has announced that their prison-based drama Screw is set to return for a second season. Produced by STV Studios, the new series – set in Glasgow, Scotland – is set to be ‘“bigger, bolder, and more dangerous than ever.” Caroline Hollick, Head of Channel 4 Drama said in a statement: “We’re thrilled to welcome back the staff and prisoners of C Wing. Rob has created an iconic Channel 4 prison series with a fantastic cast and we can’t wait to jump back into the drama, humanity, and humour of life behind bars in series two.’’ So, without further ado, here’s everything you need to know about Screw season two.

In the same announcement where season two of Screw was confirmed, Channel 4 execs also revealed that Nina Sosanya (His Dark Materials), Jamie-Lee O’Donnell (Derry Girls), Faraz Ayub (Line of Duty, Suspicion), Stephen Wight (I May Destroy You, Manhunt), Ron Donachie (Titanic, Game of Thrones), and Laura Checkley (King Gary, Detectorists) will all be returning. There will likely be some new faces joining the cast, but details have yet to be released.

The first series ended with Rose and Leigh dealing with Toby’s tragic death – quite the cliffhanger. So fans should expect to see the prison officers rally as they try to move on from the events. But if season one taught us anything, it is that the past is not easy to shake off. The Channel 4 statement hints at “changes at the very top” and “fresh faces both on the wing and in the staff room.” Will the truth about Rose or Leigh emerge? Will Toby’s death be resolved?

So far, there is no confirmed release date or trailer for season two of Screw. However, we’ll be sure to update this story when new information becomes available.