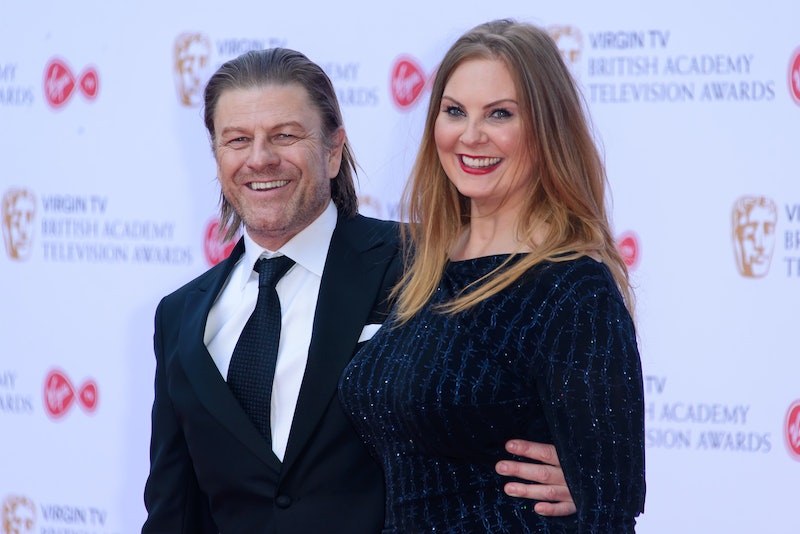 Over the past few days, Sean Bean has garnered controversy over his comments about intimacy coordinators, which came up during press for his lead role in the BBC One’s Marriage. While Bean is set to portray one-half of a long-time married couple opposite Annika’s Nicola Walker, in reality, the 63-year-old has been married five times. But who is Bean's current spouse, and what do we know about them?

Bean found love for a fifth time with Ashley Moore, 26 years his junior, who he met in 2012 at the Cobden Arms in Camden. "She was in there with friends and I came in with my friend and it was just a chance meeting," he told The Times. "I used to go in there now and again, but it was the first time she'd ever been in. We kind of hit it off." Bean said Moore has changed his life for the better. "She's full of life. Exuberant. Very positive energy."

Moore is an American actress, and appeared in Grange Hill as a teen. She is trained as a singer and ballet dance. The performer also worked as an assistant to Helena Bonham-Carter and Tim Burton, reports The Times. Bean and Moore were engaged by 2014, and tied the knot in 2017 during a wedding ceremony in Dorset. Now living in rural Somerset, having wanted to move away from London, Bean has said that he wouldn't mind having another child. "That would be nice, that," he said. Bean has three daughters from two previous marriages and four grandchildren.

Bean has said that Moore is "very understanding" of his relationship history and that "she knows I love her and that's why I will be with her for the rest of my life." When asked if he really meant it this time, he replied: "Yes, I do."

The actor is well aware of his marriage history and has even looked back on it himself with surprise. "When I look back myself I'm like, 'F***ing hell, that's quite a few marriages there,'" he told The Times. "I've obviously experienced more marriages than most people … I suppose there is that romantic in me, otherwise I wouldn't keep doing it," the actor said. "But I don't regret anything. I'd live it all again.

Bean first married his school sweetheart Debra James when he was 21, which lasted for seven years. He then married fellow actor Melanie Hill, who he met at the Royal Academy of Dramatic Art. The couple divorced in 1997 and share two daughters. Three months after his second divorce, Bean married his Sharpe co-star (and on-screen wife) Abigail Cruttenden, with whom he also has a daughter.

In 2006, he met his fourth wife, actor Georgia Sutcliffe. Two years into their relationship, Bean was arrested on allegations of assault against Sutcliffe. He denied the allegations, and no further action was taken. Sutcliffe later said that "everything was blown out of proportion" and "there is not a problem between us," per the Evening Standard. Bean was arrested again in 2012 for allegedly sending Sutcliffe "abusive texts and calls" two years after they divorced. Once again, charges were dropped.