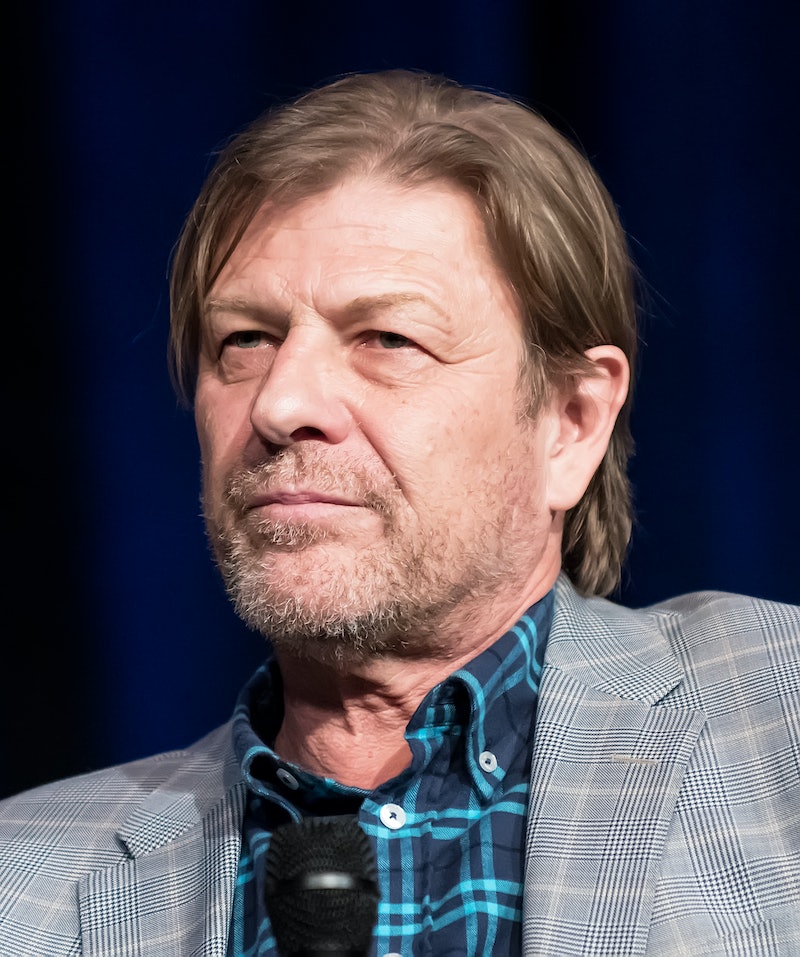 Known for his performances in The Lord of the Rings trilogy, Game of Thrones, The Martian, BBC’s Time, and more recently, Marriage, actor Sean Bean is deemed among many one of Britain’s most respected talents. However, following his recent interview with The Times, the BAFTA-winner has landed himself in hot water. Find everything there is to know about the recent controversy, below.

The actor’s comments regarding intimacy coordinators sparked a wave of backlash on social media, after he claimed their presence on film and television sets can “spoil the spontaneity” of filming a sex scene.

“It would inhibit me more because it’s drawing attention to things,” Bean explained to The Times. “Somebody saying, ‘Do this, put your hands there, while you touch his thighs ... I think the natural way lovers behave would be ruined by someone bringing it right down to a technical exercise.”

The actor went on to discuss his time shooting the 1993 adaptation Lady Chatterley's Lover alongside Joely Richardson, which he described as being “spontaneous.” He continued: “It was a joy. We had a good chemistry between us, and we knew what we were doing was unusual. Because she was married, I was married. But we were following the story. We were trying to portray the truth of what D. H. Lawrence wrote.”

After being challenged on his stance by the interviewer, who suggested that intimacy consultants are necessary, Bean made reference to his co-star, Lena Hall, who appears alongside the actor in Netflix’s Snowpiercer. “I suppose it depends on the actress. This one had a musical cabaret background, so she was up for anything,” he added.

Many on social media were quick to call out Bean’s criticism of intimacy coordinators, including West Side Story’s Rachel Zegler, who said the on-set role helps to provide an “environment of safety for actors.” She added: “Spontaneity in intimate scenes can be unsafe. Wake up.”

Meanwhile, fellow actor Jameela Jamil also responded to his remarks, writing on Twitter: “It should only be technical. It’s like a stunt. Our job as actors is to make it not look technical. Nobody wants an impromptu grope.”

As for his Snowpiercer co-star Hall, the actor also took to social media to address the controversy surrounding Bean’s comments. In a Twitter thread, Hall clarified that she is not “up for anything,” as Bean claimed, but praised him as an “awesome actor” who made her feel “not only comfortable, but also like I had a true acting partner in those bizarre scenes.”

Meanwhile, Emma Thompson has also spoken out in response to Bean’s comments. During an appearance on Australian radio show Fitzy & Wippa on Nova FM, she praised the presence of intimacy coordinators on sets. She remarked: “You might find that people go, ‘It made me feel comfortable, it made me feel safe, it made me feel as though I was able to do this work.’”

Adding: “You can’t just ‘let it flow.’ You’re not on your own... you’re surrounded by a bunch of blokes, mostly. So it’s not a comfortable situation, full stop.”

Interestingly, in a recent interview with Bustle UK, actor Daryl McCormack revealed that he and Thompson didn’t use an intimacy coordinator in their sensual film Good Luck To You, Leo Grande. “We felt like it was something we could do together, so we did,” the actor remarked. “It feels that little bit more special because it's our own unique thing.” The duo did, however, spend significant rehearsal time with one another choreographing their intimate scenes and ensuring they were on the same page.

Bustle has contacted representatives of Sean Bean for comment.

This article was originally published on Aug. 11, 2022