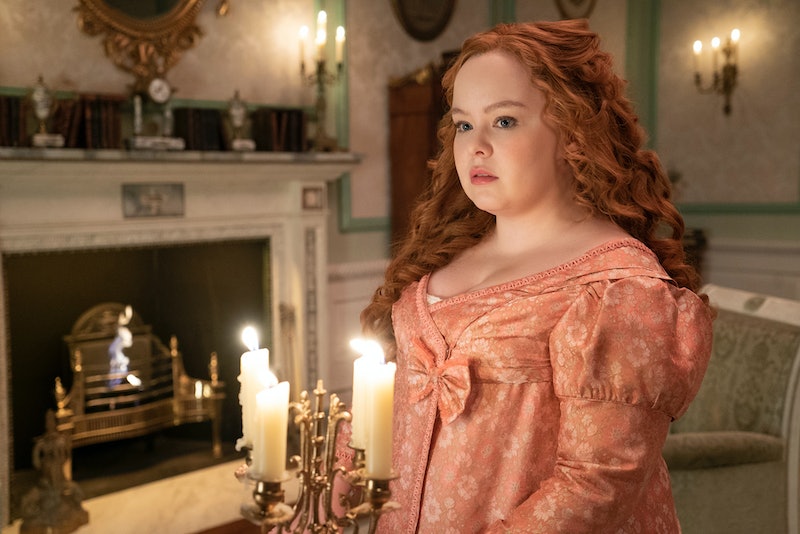 What is better than a period drama? A historic comedy, of course. And Sex Education's Aimee Lou Wood, Bridgerton’s Nicola Coughlan, and Shrill's Lolly Adefope are teaming up for an all-star collaboration, titled Seize Them!. Set in mediaeval Britain, the film is expected to be funny and outrageous. Here is everything to know about Seize Them! thus far.

Directed by Curtis Vowell, Seize Them! explores the conquest of Queen Dagan (played by BAFTA winner Aimee Lou Wood) “until she’s toppled by a revolution led by the charismatic Humble Joan (Nicola Coughlan). The Queen becomes a fugitive in her own land, a hefty bounty on her head,” per the film synopsis.

Queen Dagan faces every imaginable hardship and peril as she starts on a quest to reclaim her kingdom with the help of Lolly Adefope’s Shulmay, a former servant with many secrets, and Nick Frost’s Bobik, a shit-shoveller who “wants more out of life.” She must also confront the darkest aspects of herself. Can Dagan become Queen again? And can she become a better person in the process?

As previously stated, the all-star cast includes Wood, Coughlan, and Adefope. But there’s plenty more where that cam from. Joining them are Nick Frost, of Hot Fuzz, The World’s End, and Paul fame, and Jessica Hynes. “We are very excited to be working with the funniest young actresses around today in Aimee, Lolly and Nicola, as well as the epic Nick Frost and Jess Hynes,” Producer Damian Jones said in a statement.

Fans will have to wait a bit longer to watch the comedy, however. Filming of Seize Them! has begun, per Deadline, and is expected to take place over the course of six weeks in Kent and Wales. Thus, an official release date and trailer for the film are yet to be confirmed. I’ll be sure to update you when more information is available.