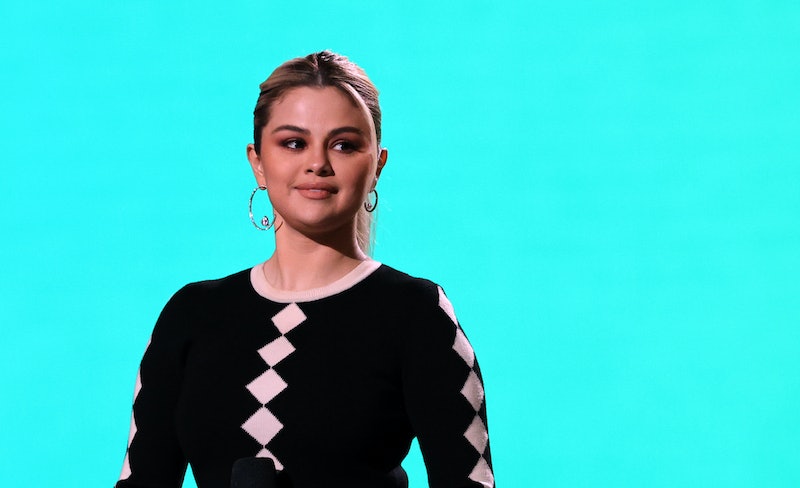 When Selena Gomez launched Rare Beauty last year, she wanted the company to be more than just another celebrity cosmetics brand. So the “Lose You to Love Me” singer simultaneously launched the Rare Impact Fund, which aims to raise $100 million over the next 10 years for mental health services in underserved communities. Her ultimate goal: to promote self-acceptance by challenging mainstream beauty standards. Now, both launches have reached their one-year anniversaries, and Gomez is celebrating the milestone by continuing to look ahead to the future.

“I’m so grateful for this community, my entire team, and my @Sephora family. It’s because of you that we’re breaking down the unrealistic standards of perfection,” the musician captioned a Friday, Sept. 3 Instagram post. “We’re just getting started.” Meanwhile, the official Rare Beauty Instagram account echoed that sentiment, thanking consumers for helping the brand “break down unrealistic standards of perfection, build a welcoming community where everyone can be themselves, and [destigmatize] mental health.”

Gomez previously explained her brand’s mission to Bustle last September. “It’s something that I wanted to be much bigger than makeup, because I fully believe that it’s your mind and it’s your body and it’s your soul. The relationship with you and your makeup should be healthy and should be fun and should be, in some cases, I’ve found, therapeutic,” said Gomez, who shared her bipolar disorder diagnosis in April 2020. “Obviously, I’ve been doing this for so long. Having yourself be exposed — and that just kind of went into my pre-teens, early 20s — and that was a lot about what I look like and the makeup I would use. I don’t read the internet anymore, but it just didn’t make me feel good.”

Helping others gain access to mental health resources is something Gomez further described as being “very close” to her heart: “I’ve been honest about things in mental health and about my story, so I knew that it was going to be something that I should include. I know that there is still such a stigma, but there’s still so many people who don’t even know [their diagnosis]. And it is really frustrating because when people don’t know, it feels like you’re really alone, and you feel crazy. Because like, why doesn’t anyone else feel like I feel?”

The Only Murders in the Building actor recently opened up to Elle about how fans have responded over the past year. “It’s been very rewarding hearing people’s responses to our message with their own stories,” she told the outlet. “It’s very inspiring and encouraging to me that we are making a difference.”

With Gomez’s 10-year, $100 million goal still very much in focus, the Rare Beauty brand’s impact will surely only increase in the coming years, too. Like she said, they’re just getting started.