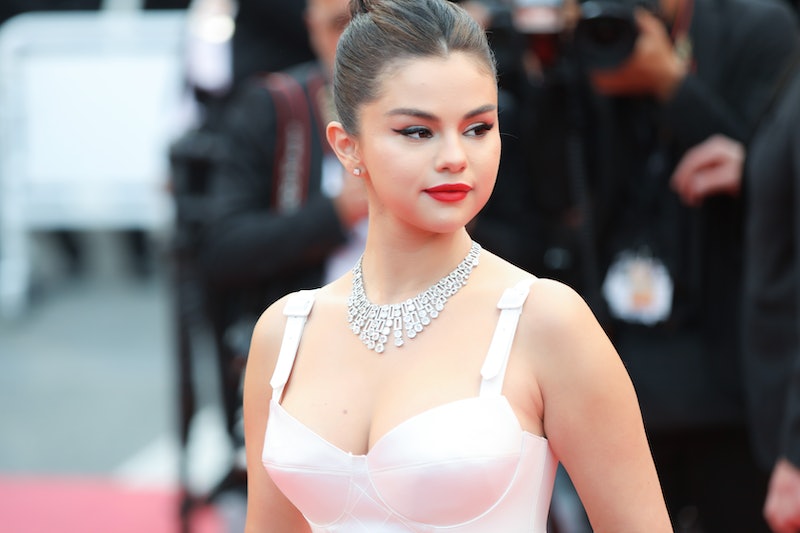 13 Reasons Why may have come to an end after four seasons in June, but the controversy surrounding it will never die. Selena Gomez defended 13 Reasons Why and opened up about her own mental health journey in a new interview with Allure, published on Wednesday, Sept. 9. And the actor made one thing clear: she has no regrets about producing the show.

The hit Netflix series caused many controversies during its four-year run for its treatment of mental illness, from the suicide scene to the lack of viewer warnings and resources provided to viewers. The controversy was so heated, the highly-debated suicide scene in the first season was eventually edited out over two years after it premiered. In her new interview, Gomez addressed the controversy, calling the show "one of the highest accomplishments of her career" due to its impact among viewers. "Whether uncomfortable or not, viewed as inappropriate or not, it has created conversation," she said. "And I feel like it was important for me to do."

13 Reasons Why covered many taboo topics, including suicide, rape, sexual identity, and the importance of mental health — all themes that mean a lot to Gomez. The star has been open about her own mental health journey, revealing in April to fellow Disney alum Miley Cyrus that she had been diagnosed with bipolar disorder. "After years of going through a lot of different things, I realized that I was bipolar," she told Cyrus. "I wanted to know everything about it, and it took the fear away."

In her new interview, Gomez said that she was still processing her diagnosis, but was proud of how far she has come. "I have always had so many different emotions and I didn't know how to control them quite well," she said. "It was complicated. But I think I'm happy to understand it. Once I did find out more about who I was, I was proud. I also felt comfortable knowing that I wasn't alone, and I was going to get through it."

Gomez has repeatedly talked about her physical and mental health, including her battle with Lupus, requiring a kidney transplant, and her resulting bouts of anxiety and depression. And she has promised to keep having conversations about it. "I will always be passionate about that," she told Allure. "It's something I will continue to talk about."