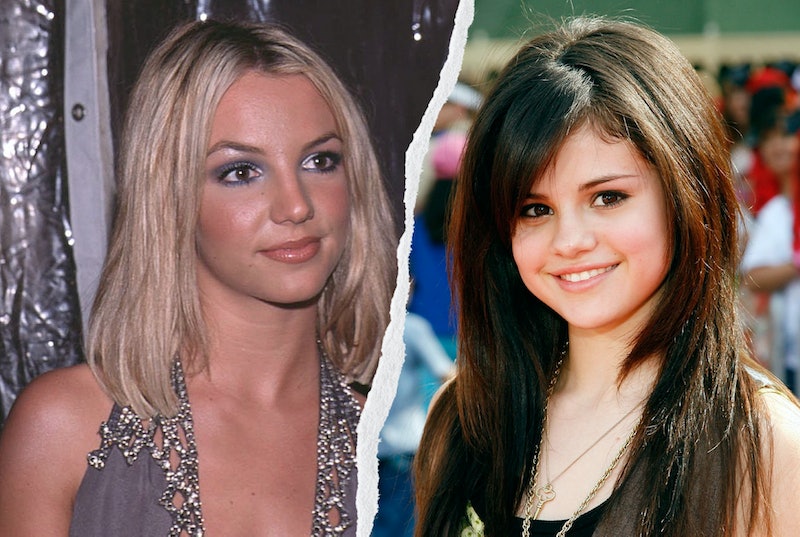 As her biggest fans remember, Britney Spears warned folks to stop knocking on her door all the way back in 2000. Obviously, the media didn’t listen, but a future Disney Channel starlet took heed. Selena Gomez proved that she’s an OG Britney stan in an adorable throwback video posted to Instagram on May 26.

In the new video, a very young Gomez sings the words to Spears’ underrated deep cut “Don’t Go Knockin’ On My Door,” from her 2000 album Oops!... I Did It Again, in blue goggle-esque sunglasses against a random space-age backdrop. She was probably trying to get to Mars, just like Spears and her dreamy astronaut in the iconic “Oops...” video. “The hustle was real,” she captioned the post, tagging Spears, who eventually went on to respond with, “This is the most adorable thing I’ve ever seen.”

This isn’t the first time Gomez has proven her dedication to her — or vice versa. The “Love You Like a Love Song” singer’s fandom dates back to her Disney Channel days, when she was still performing with her former band Selena Gomez & The Scene (where are they now?). Their 2011 album When the Sun Goes Down includes a bizarro banger co-written by Spears years prior, entitled “Whiplash.” And on their subsequent 2011 tour, Gomez performed a medley of Spears covers, starting with her debut “...Baby One More Time” and ending with most recent number one hit at the time, “Hold It Against Me.” Yes, it’s an entire journey.

In the years to come, Gomez would see her adoration of the Princess of Pop reciprocated. In 2016, when a Snapchat fan asked if she would collaborate with Spears, Gomez said she had “technically” already duetted with her, referring to the all-star benefit single “Hands,” which honored the victims of the Pulse Nightclub shooting, joined by artists like Gwen Stefani and Jennifer Lopez. But Spears wants more, as proven when she responded to the video on Twitter and asked, “But when are we working on our actual duet?”

In 2018, Spears also posted a workout video to her Instagram that was set to Gomez’s single “Bad Liar,” writing in the caption that the singer “definitely helped me get through it.” Clearly, not only are they mutual fans, but they have great taste in each other’s music.

More like this
Britney Spears Shares Unknown Details Of Conservatorship In New Voice Notes
By El Hunt
20 Years Later, Kelly Clarkson & 'American Idol' Judges Reunite For Her Hollywood Walk Of Fame Star
By Radhika Menon
Drew Barrymore & Justin Long’s Reunion On Her Talk Show Had Her In Tears
By Radhika Menon
Kenan & Kel Just Reunited At The 2022 Emmys & Twitter Is Overjoyed
By Grace Wehniainen
Get Even More From Bustle — Sign Up For The Newsletter