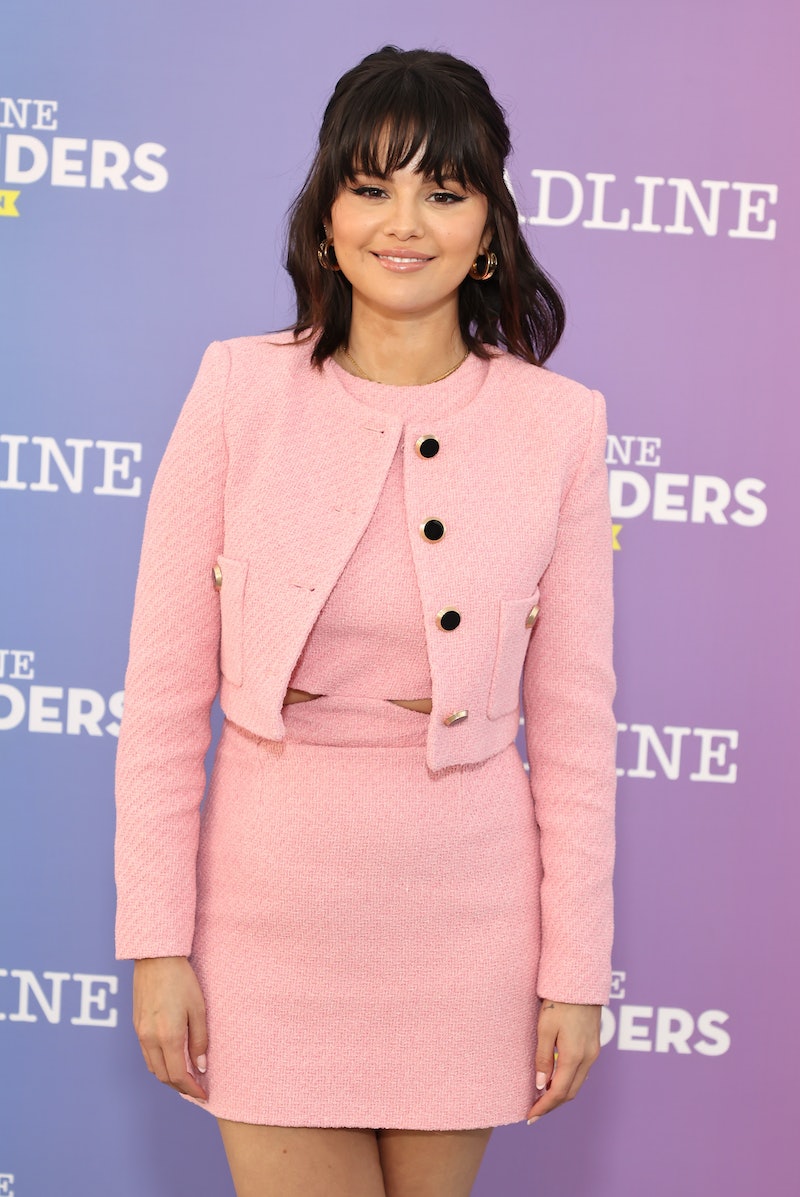 It’s not every day that Selena Gomez deems something worthy of a social media update, but when it comes to a career milestone like hosting Saturday Night Live for the first time, not just one but multiple posts are in order. The Only Murders in the Building star announced her upcoming SNL gig via Instagram and Twitter on Friday, May 6, and made it clear that she is “so excited” for her hosting debut.

“Mom…I think I’ve made it … so grateful and so excited,” Gomez wrote in her Instagram caption. “See you May 14!!!”

The singer-slash-actor’s account also posted an Instagram story reiterating that she is “so excited!!!!” Meanwhile, her Twitter account quote-tweeted the Saturday Night Live account, highlighting the date of the singer-slash-actor’s hosting debut. From someone who has been off the internet for four-and-a-half years and only posts through her assistant, this level of social media activity is a big deal.

The posts all featured SNL’s usual announcement image, which shows a corkboard with tacked-on papers displaying the episode date and the names of the host and musical guest. This time, the images revealed that May 17’s host will be Gomez, joined by singer and rapper Post Malone. The date coincides with the second-to-last episode of Season 47.

Though the “Selfish Love” singer is hosting for the first time, she’s already an SNL veteran. Her true Saturday Night Live debut came in January 2016, when she served as musical guest while UFC fighter Ronda Rousey hosted. In addition to performing several songs, she memorably joined the “Bland Man” sketch.

More recently, Gomez was at Studio 8H to support her close friend Taylor Swift during her iconic performance of the 10-minute version of “All Too Well” on Nov. 13. Swift filmed a backstage TikTok as she relaxed with Gomez, sharing that her “bestie is a bad B.” Gomez looked at home, so hopefully she’ll be just as at ease when she takes up hosting duties on May 14.

The actor’s SNL gig comes as Only Murder in the Building gears up for its Season 2 premiere on June 28. Incidentally, her co-stars Steve Martin and Martin Short are two of the absolute best people Gomez could turn to for SNL hosting tips. Martin entered the show’s vaunted Five-Timers Club faster than anyone else ever, taking just 546 day, per People. He’s since hosted an additional 10 times, and his total of 15 is only behind Alec Baldwin’s 17. Meanwhile, Short isn’t quite a five-timer, but he is a three-time host, not to mention a former Saturday Night Live cast member. No pressure for Gomez or anything.