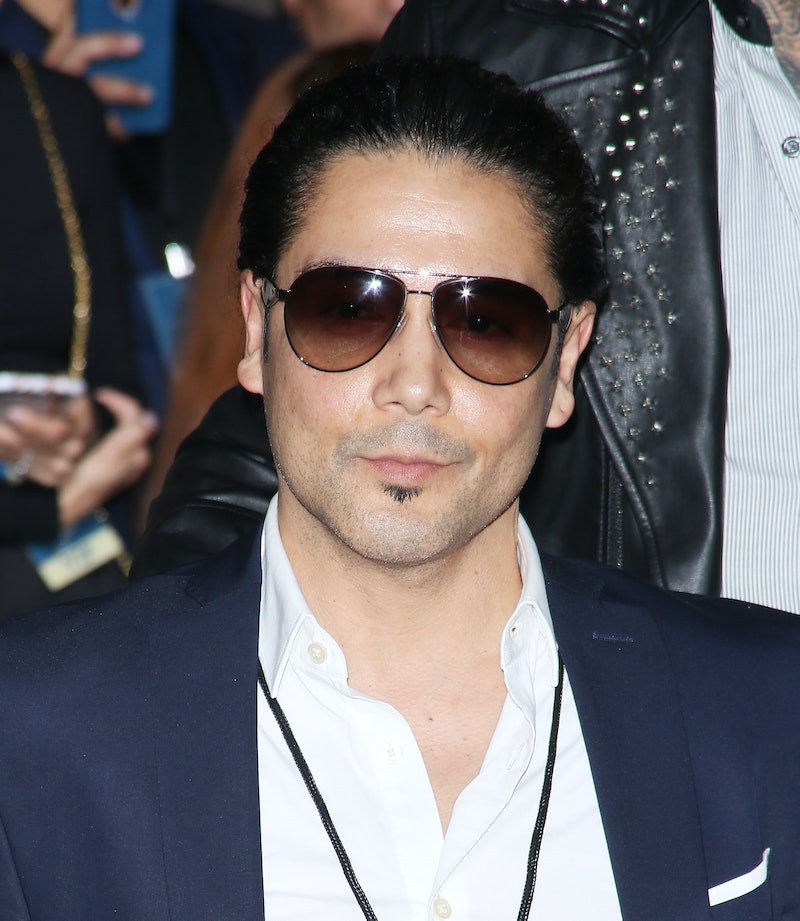 Spoilers ahead. The first season of Netflix’s Selena: The Series invoked a lot of nostalgia concerning the unforgettable life and career of Selena Quintanilla. With the second season airing Tuesday, May 4, the show has also rekindled curiosity about the late Tejano singer and her marriage to guitarist Chris Pérez. Selena: The Series ended with the cliffhanging moment of Selena’s father, Abraham, booting Chris out of the band after finding out about his daughter and Chris’s secret romance. Abraham’s disdain for their relationship is an actual footnote within the history of the former couple’s love story, and it’s been reported that Abraham’s reactions to Selena and Chris’s courtship were worse than what’s been portrayed on television thus far.

In 2012, Chris Pérez gave further insight into his association with Abraham and how that affected his and Selena’s connection in his book, “To Selena, With Love.” While doing publicity for the memoir, he told CNN that Selena’s dad called him a “cancer to his family” and added that the rest of Selena’s family was “supportive” of their union. Regardless of Abraham viewing Chris as a “threat” — his own words — to Selena’s burgeoning singing career, Chris and Selena eloped in April of 1992. On the date of their wedding anniversary in 1997, Chris shared an image of their Certificate of Marriage on Facebook. In the caption, he wrote, “It’s hard to believe that today marks 25 years since Selena and I decided that the only way to be together... was to run away and get married (at 20 and 22 years old) in secret. What a rollercoaster ride THAT day was.”

According to the widower, their marriage later experienced a “rough patch,” which he attributed to being in their early 20s and close proximity to one another for much of their days.

“We were married and together 24 hours a day, seven days a week. We had to learn how to handle that, and that was both of us,” he told CNN. Chris admitted that he and Selena discussed the idea of divorce but worked out their differences. He explained, “It’s not like she brought up the idea and I was fighting it because honestly, I was right there with her. We communicated with each other, and when that came out on the table, it wasn’t like I hadn’t thought of it myself. The more we talked about it and the more time went on — it wasn't a long time, maybe a month — we ended up patching things up and making a promise that we would never let that happen again.”

Selena’s life tragically ended in 1995 at the tender age of 23. As Selena’s legacy lives on, thanks to her loyal and passionate fanbase, Chris Pérez continues to honor the “Queen of Tejano music” for her admirable qualities and the musical gifts she left behind. “People need to remember what she stood for, the values she had,” the Grammy-winning musician said to The Hollywood Reporter. “If she gave any message to the younger generation, it would be: Stay in school, and anything is possible as long as you work for it. If people remembered her in that way, I’d be happy, and I’m sure she would be happy too.”

Pérez’s own legacy includes a second marriage, which ended in divorce, and two children, Cassie and Noah. (It’s unclear if he’s currently on or off the dating scene.) He’s still performing and releasing music with his Chris Pérez Band and even has a line of hot sauce. And a scroll through his Instagram reveals many throwback photos taken with Selena, which appear to show a long-lasting love for the internationally beloved icon.

More like this
Meghan Trainor & Daryl Sabara Are Expecting Their Second Baby
By Jake Viswanath
Adam Levine & Behati Prinsloo Welcome Their Third Child Together
By Jake Viswanath
Hilary Duff's Husband Matthew Koma Has Her Name Tattooed On His Butt
By Jake Viswanath and Stephanie Downs
Ashton Kutcher Wants Danny Masterson “To Be Found Innocent” In Rape Retrial
By Jake Viswanath
Get Even More From Bustle — Sign Up For The Newsletter
From hair trends to relationship advice, our daily newsletter has everything you need to sound like a person who’s on TikTok, even if you aren’t.