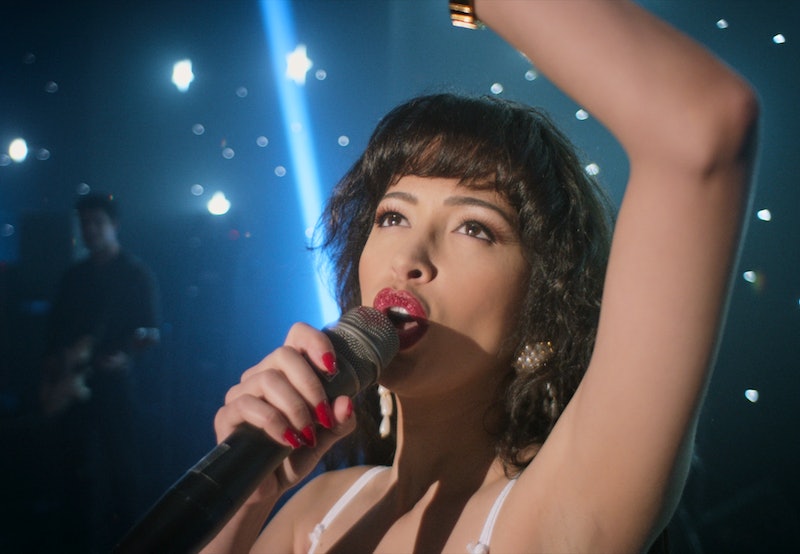 Netflix had a chance at a win with Selena: The Series, but now that Parts 1 and 2 have been released, many of the writers have shared disappointment and frustration. A new Los Angeles Times article details how they felt their “work was cheapened,” especially in comparison to other Netflix originals. A major point of contention is reportedly that the project was ordered as a Latin American production and thus given a relatively small budget that affected their pay.

“I feel like our work was cheapened from the start,” Gladys Rodriguez, a co-executive producer on the series, told the Times. “We were never given a fair chance.”

The largely English-language series was not made as a U.S. original, even though it would have made sense for it to have been. It follows the life and career of the late singer Selena Quintanilla-Pérez, who became a cultural icon in the 1990s. While she was especially famous in Latin America, she was a Mexican American, born and raised in Texas, and boasted a sizable following in the United States as well. A Netflix spokesperson, however, told the Times that it was the singer’s lasting popularity in Mexico that led the Latin American originals team to order the project to series.

Still, Quintanilla-Pérez’s star status in the United States is significant even now — and Netflix viewership showed it at the beginning. In the first 28 days after Selena’s Dec. 24 premiere, 25 million households watched it, with half of those being U.S. viewers, per Deadline. The show topped the U.S. top 10 list in its first week, and it also cracked the corresponding lists in Mexico, Argentina, Colombia, and Peru.

Yet, the promising early numbers don’t seem to correspond well with the response to the series. Selena has just a 25% average Tomatometer score, and its average audience score sits at 58% at the time of publishing. Showrunner Moisés Zamora said they made “an incredible show given what we were given,” which was well below $2 million per episode, according to the Times’ sources. Meanwhile, some of Netflix’s highly acclaimed series, such as Stranger Things and The Crown, have budgets of $12 million and $13 million per episode, according to Screen Rant.

The Selena budget impacted the minimum compensation rates writers could receive based on the Writers Guild of America’s rules, per the Times. As a result, they said they felt they were undercompensated and overworked. Rodriguez even said she has “a little bit of PTSD” from the experience. (Netflix told the outlet, via a spokesperson, that it believed the compensation was fair based on the quotes their U.S. representation negotiated.)

The budget was even questioned by fans on Twitter as far back as the show’s arrival on Netflix in December 2020. “The show was frankly given a budget that did not allow it to succeed,” wrote one in part. Another tweeted, “Netflix really didn’t give the Selena series the budget it deserved.” Still another wrote, “Who decided the budget for the Selena series on Netflix..how y’all gonna do her like that.”

Despite the controversy, the series did get approval from the Quintanilla family. Her father, Abraham Quintanilla Jr., and sister Suzette Quintanilla both worked on it as executive producers. Additionally, Suzette later told Entertainment Tonight that some scenes made her cry “because it literally was on point.”

Regardless of how everyone feels about the series now, what Selena writers are hoping for moving forward is increased Latinx representation in movies and TV, plus equal treatment. “My goal is to continue making the case that our stories are worth telling — they deserve as much as any other production,” Zamora told the Times.