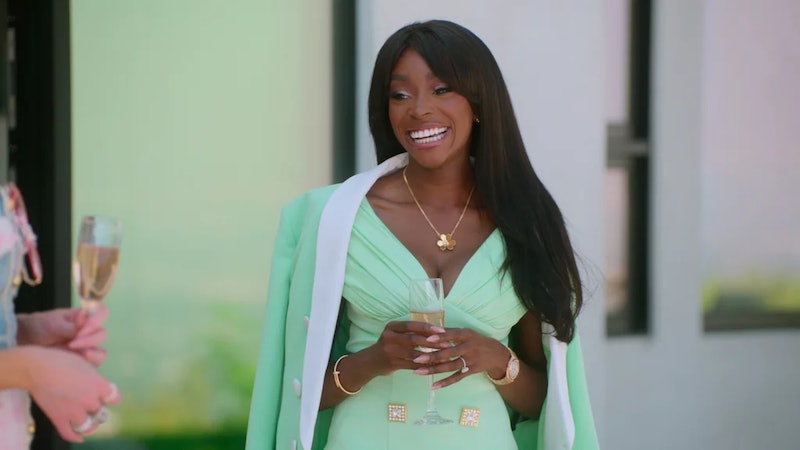 The newest recruit to Selling Sunset, British Nigerian real estate mogul Chelsea Lazkani already feels at home in The Oppenheim Group, having befriended the show’s most controversial agent, Christine Quinn. “Hi, peasants,” Lazkani and Quinn say in unison as they wave in a regal fashion from the towering balcony of a plush LA property. However, Lazkani’s accent has left fans puzzled.

Channelling the spirit of Liam Payne at the Oscars (the One Direction alum’s rambling response to Chris Rock and Will Smith’s altercation previously went viral, and blended a heady mix of Dutch, Wolverhampton and LA) Lazkani’s accent is also difficult to pin down. So far, viewers have picked out hints of everything from Australian to American, and Lazkani even told fans about comparisons she’s heard to a certain Russian scammer.

“After all the Anna Delvey accent comparisons, I can’t get through Inventing Anna anymore,” she tweeted. “It just doesn’t bang the same.

The real estate mogul, who was born in the UK, has since taken to social media to try and clear up the mystery surrounding her confusing accent. “If you think you’re irritated with my accent, imagine me?” she joked. “I almost fainted listening to myself back.”

Responding to bamboozled viewers by poking fun at herself, she added: “You mean to tell me this is how I sound? Wow.”

Lazkani also explained the real reason behind her Transatlantic accent, and how living in a number of countries “‘all over the place” has shaped her voice. After being born and raised in the UK, she lived in Switzerland, followed by New Jersey, and finally LA. “But I’m a London girl at heart,” she said.

Before logging off, Lazhani also jokingly pointed out that her US pals tend to hear a British accent when she speaks, adding to the confusion even further. She quipped: “All of my American friends that gassed me and said my British accent is still there and strong... The British people have spoken. They do not approve.”