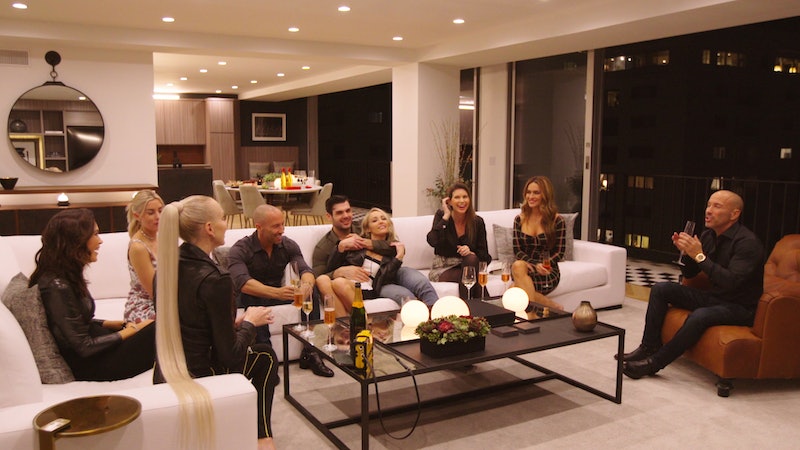 It’s only been a few months since fans were last enmeshed in the drama of the Selling Sunset cast. Season 4 of the hit Netflix reality series aired in November 2021, introducing new cast members Emma Hernan and Vanessa Villela as well as Christine Quinn’s newborn son Christian. The show was renewed for Season 5 in March 2021 and is set to return very soon. Here’s everything we know so far.

Netflix announced on March 22 that Selling Sunset Season 5 will premiere on April 22, 2022.

"For me personally, I saw this as an opportunity to really open doors in an industry that has lacked diversity and where minorities are underrated,” Lazkani told People of joining the show. "I feel like with great opportunities comes great responsibility. This was kind of my time to give back and to educate and really mentor and push forward Black women in this luxury sector in real estate. So just knowing that I've got a greater purpose kind of prepared me for this."

Between Chrishell and Jason’s relationship to the forthcoming spinoff Selling the O.C., the opportunities for new alliances, bigger fights, and potential crossovers are endless for Season 5. A clip of what fans can expect was featured before the credits during the final episode of Season 4. Chrishell and Jason’s relationship will clearly be a prominent storyline, with everyone from the Oppenheim Group processing the new couple. “It’s s weird, though. But, like, exciting,” Heather said in one scene, while Chrishell stated in another, “We’re not criminals. We’re not doing anything wrong.”

It’s unclear if the two’s late 2021 breakup will be covered, as production for Season 5 wrapped right around the time of their split. “[It] will be a little bittersweet to watch [Season 5] just because we were in such a different place when we filmed it. But you know, I signed up for a reality show, and I’m sharing my life in real-time at times,” Stause said during a Feb. 8 interview on Tamron Hall. However, she added that she and Jason remain “best friends.”

The Season 4 finale teaser also didn’t offer any clues about the aftermath following Christine’s fallout with her co-workers, particularly Heather and Mary. However, Mary promised on ITV’s Lorraine in late November that Season 5 will be “very, very good.” “Any questions, any sort of, like, what’s gonna happen, it’s gonna be big. Season 4, I think, was very, like, a lot was going on and just shocking and great and dramatic, and Season 5’s gonna be the same.”

The Season 5 trailer was finally released on April 7, and it teases drama over Chrishell “f*cking the boss” and plenty of Christine comebacks to satisfy her fans.

On April 12, E! News reported that a Selling Sunset reunion will be filmed April 24, two days after the latest season drops on Netflix. The full cast will be involved, and Queer Eye star Tan France will serve as host. While the Selling Sunset reunion release date is still TBA, it’s good to know that more drama is on the way, even after you breeze through Season 5.