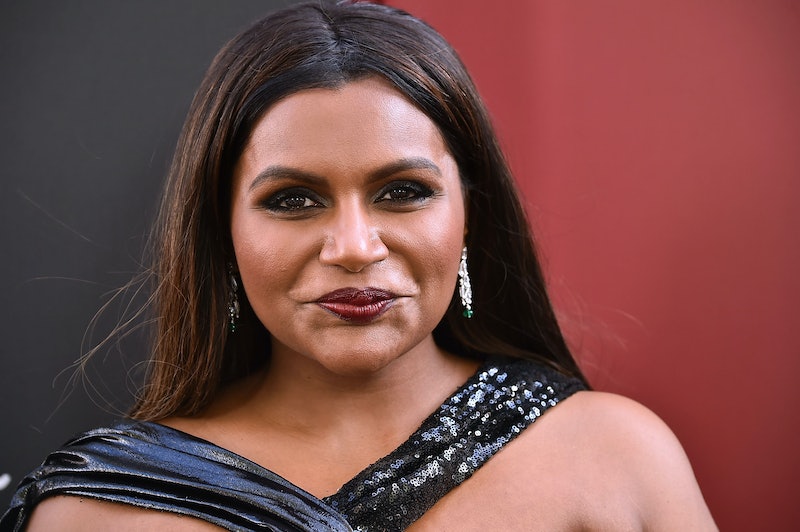 Mindy Kaling arrived at college with an aggressive four-year plan — just not one that had anything to do with studying. She entered Dartmouth in the late ‘90s on a mission to sing with an a cappella group, join an improv comedy troupe, and write for the college’s humor magazine, all with the aim of someday landing her dream job on Saturday Night Live. “I was almost diabolical in how planned everything was,” the 42-year-old actor recalls over Zoom. “I did not care at all about academics.”

Kaling achieved that dream with some minor modifications. Though she was never cast on SNL, she did write for and star in The Office — a sitcom so enduringly popular that it’s still the most streamed TV show seven years after it ended. Now, she’s an Emmy-nominated actor, writer, and producer with an overall deal at Warner Bros.

Kaling’s newest show, HBO Max’s The Sex Lives of College Girls, channels the milieu of her college experience, following four freshman roommates at the fictional Essex College in Vermont. There’s Leighton (Reneé Rapp), a snobby, secretive Manhattanite; Kimberly (Pauline Chalamet, sister to Timothée), a sheltered public school student; and Whitney (Alyah Chanelle Scott), a college athlete with a U.S. senator for a mom. Kaling likens herself most to Bela (Amrit Kaur), an Indian American girl who hangs a poster of SNL alum Seth Meyers in her dorm room before she even unpacks her bags. But Bela has her sights set on more than a comedy career: she also wants to have a bunch of really hot sex.

Kaling and co-creator Justin Noble, a Yale grad, based the show on the “quintessential East Coast college experience” they both had. Some storylines, like Bela’s comedy aspirations, came naturally, but the sex stuff took more research. “If the show was based off my experience,” jokes Noble, “it would be the non-existent sex life of a closeted gay boy who's just friends with girls and gains 40 pounds instead of 20.”

To broaden their knowledge, he and Kaling visited schools across the East Coast in March 2020, interviewing current students about their views on sex. “There's just such a different perception of what a sex life is to an 18, 19, 20-year-old girl now in an extraordinary way,” Noble observes. “We want[ed] our show to be in that realm of sex positivity.”

Those fun, horny vibes are delightful to watch onscreen, but capturing them was a challenge for Kaling. Whereas her previous shows — The Mindy Project, Netflix’s teen hit Never Have I Ever — “felt adjacent” to her personal experiences, The Sex Lives of College Girls pushed her into new terrain. “I'm Indian,” Kaling explains. “My parents were not telling us about sex, and it was taboo growing up." The Sex Lives of College Girls required her to get uncomfortable. “Not to be that person that's like, ‘[Sex] scared me, so I want[ed] to write about it.’ But, a little bit, it did.”