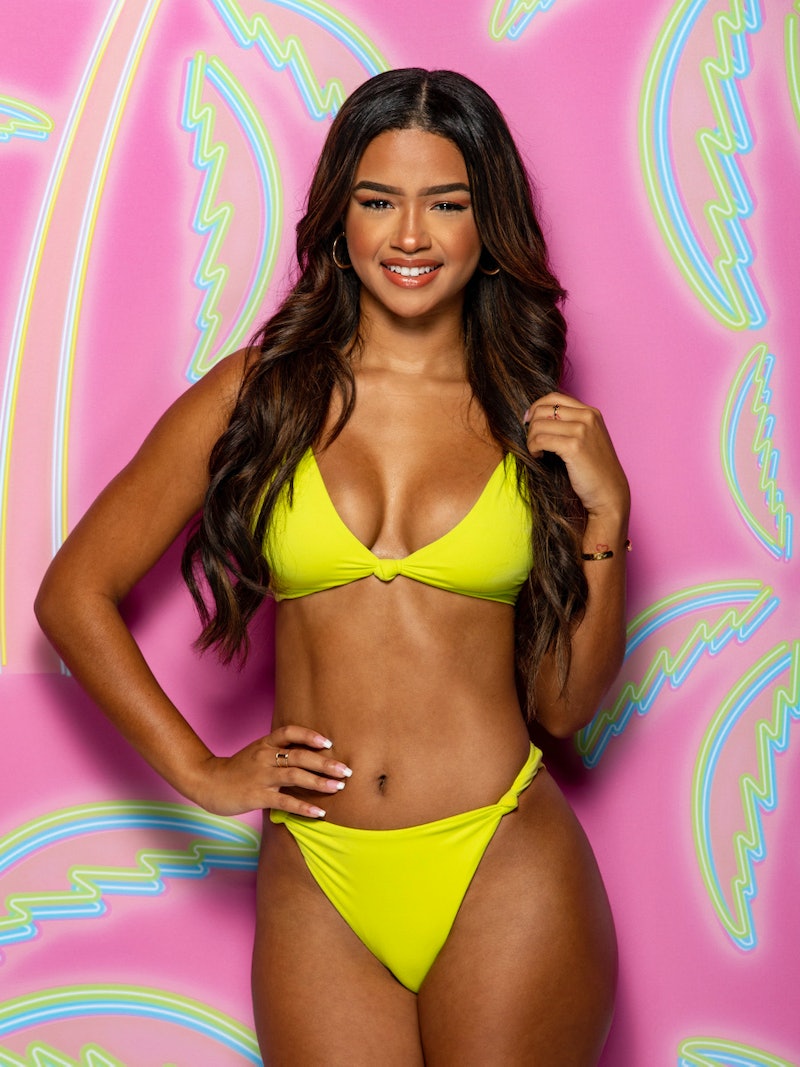 If Selena Gomez and Zendaya had a long-lost sister, she would look something like Sher Suarez from Love Island Season 2. The stunning 22-year-old is one of the youngest islanders so far alongside Rachel, Laurel, and Carrington, but that isn't stopping her from going after what — or who — she wants. Here's everything to know about Sher.

Her full first name is Sheribel.

She goes by Sher for short, according to her CBS bio.

Her CBS bio says she's from Orlando, but in her intro, she said she lives in Miami. Most of her recent Instagram photos were taken in the latter city, and her grid is full of of seascapes, as if she never leaves the beach.

Her Instagram bio says she works at Kiki on the River, a "refined Greek restaurant introducing a modern spin on Old World traditional cuisine" in Miami. She's also a Florida International University grad, per Instagram.

She knows how to have a good time.

In her intro, Sher said she has "all the Latin spice to bring to the table," which makes her "the life of the party."

She has eyes for Johnny — but Caleb has taken notice.

Johnny has gone steady with OG islander Cely since their first days in the villa, and Sher had plans to test their relationship. "He's a man," she said in her intro. "He can throw me around." But will he want to? After their Casa Amor meet and greet, Johnny admitted to being most attracted to Mercades, and the two have been having furious makeout sessions in Casa Amor that threaten his relationship with Cely back in the villa. Meanwhile, Sher has begun to hit it off with Caleb, who is coupled up with Justine, which proves that no matter who Sher goes after, she'll definitely be making waves.