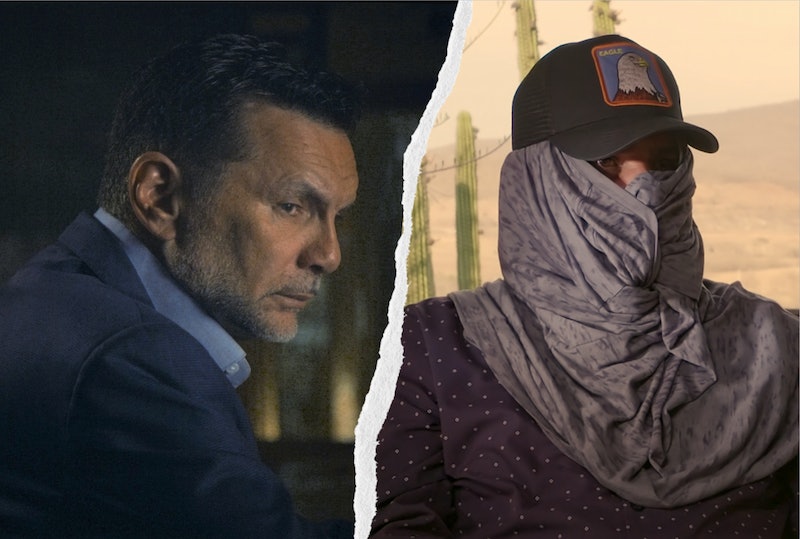 Chances are, you've been spending a lot of time on your couch recently marathoning true crime shows like World's Most Wanted. The docuseries, released on Aug. 5, chronicles the cases of five of the world's most notorious criminals: Ismael "El Mayo" Zambada Garcia, Félicien Kabuga, Samantha Lewthwaite, Semion Mogilevich, and Matteo Messina Denaro. Which, at only five episodes, makes it a show as quick as it is grisly.

All of the cases are still ongoing: four of the subjects featured are still on the run, while Kabuga was arrested in May for his alleged hand in the 1994 Rwandan genocide and is currently awaiting trial. (Kabuga has denied involvement). So you can always follow the news for more updates. But if the armchair detective in you isn't content to lie dormant, you can also check out these six similar shows.

World's Most Wanted's first episode focuses on El Mayo, a Mexican cartel leader who worked alongside Joaquin "El Chapo" Guzman. Fans of that episode will want to check out Amazon's The Last Narc, which digs deep into the 1985 murder of DEA agent Enrique "Kiki" Camarena.

Where to stream: Amazon

Produced by the Duplass brothers, this 2018 docuseries follows the strange story of Brian Wells, who was killed while robbing a bank in 2003 when the bomb strapped to his neck exploded. Things only get wilder from there.

I'll Be Gone in the Dark

I'll Be Gone in the Dark tells the story of late author Michelle McNamara, who died of a prescription drug overdose and undiagnosed heart condition in April 2016. At the time, she had been working on a book about the then-uncaught Golden State Killer (a nickname that she coined), which her husband — comedian Patton Oswalt — helped to publish posthumously. The resulting series builds on that book, recounting McNamara's dogged obsession with the case and the Golden State Killer's eventual capture in April 2018.

Giving voice to many of his accusers, Filthy Rich recounts the events leading up to financier Jeffrey Epstein's 2019 arrest and subsequent death by suicide a few months later, exposing how he was able to grow an alleged sex trafficking ring for so many years unchecked.

I Am a Killer

I Am a Killer is a two-season docuseries featuring interviews with different convicted murderers — many of whom are on death row.