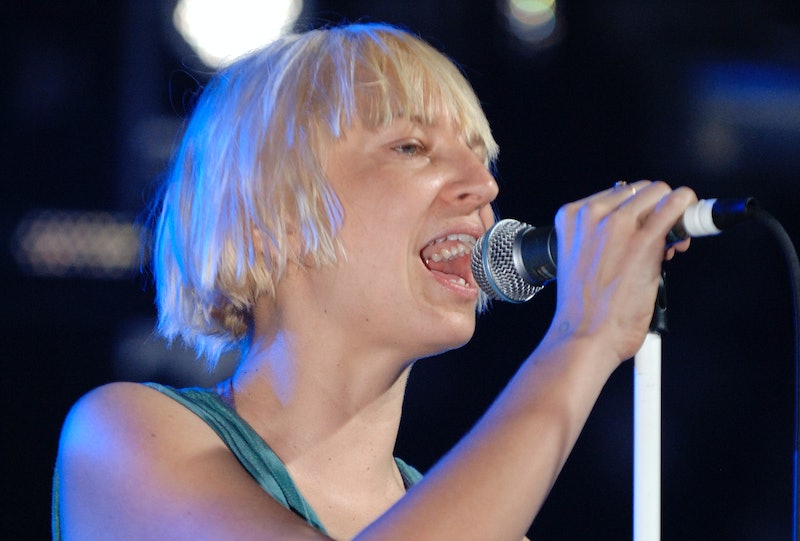 After FKA twigs’ recent allegations, Sia is also speaking out against Shia LaBeouf. The “Cellophane” singer tweeted about her own experiences with the actor, calling him a “pathological liar” who caused her emotional hurt. She also shared her support for FKA twigs and told her fellow musician that she was “very proud” of her.

FKA twigs, born Taliah Debrett Barnett, made headlines on Friday, Dec. 11 after filing a lawsuit accusing LaBeouf of “relentless abuse,” including physical and emotional harm. She shared disturbing details with The New York Times, explaining that her goal in coming forward was to “be able to raise awareness on the tactics that abusers use.” Joining her was another of LaBeouf’s exes, Karolyn Pho, who also shared allegations of abuse. They’ve already succeeded in shedding light on the issue, considering Sia’s decision to come forward as well.

“I too have been hurt emotionally by Shia, a pathological liar, who conned me into an adulterous relationship claiming to be single,” Sia wrote on Saturday, Dec. 12. “I believe he's very sick and have compassion for him AND his victims. Just know, if you love yourself- stay safe, stay away.”

The musician then followed her first tweet up with another, telling FKA Twigs that she loves her and finds her “very courageous.”

LaBeouf has not yet responded to Sia’s accusations, specifically, but he previously responded to claims made in the lawsuit and in interviews conducted by The Times. He told the newpaper that “many of these allegations are not true” as well as that he has “a history of hurting the people closest to [him]” and is “ashamed of that history.”

“I’m not in any position to tell anyone how my behavior made them feel,” he told The Times in an email. “I have no excuses for my alcoholism or aggression, only rationalizations.”

Sia did not get into the specifics of her relationship with LaBeouf, such as when it took place or how long it lasted. However, she has known the actor since at least 2015, when he starred in her “Elastic Heart” music video. In it, he and Maddie Ziegler — then 28 and 12 years old, respectively — have a cage match of sorts, causing controversy that Sia later apologized for. In a strange twist of fate, FKA twigs later covered the song that same year.

More like this
Rachel Zegler Reveals She Had Breast Cancer Scare
By Radhika Menon
Everything To Know About Taylor Swift’s 10th Studio Album, 'Midnights'
By Grace Wehniainen and Jake Viswanath
Lizzo Twerks While Playing James Madison's 200-Year-Old Crystal Flute Onstage
By Radhika Menon
Twitter Is Freaking Out Over Rihanna’s 2023 Super Bowl Halftime Show Announcement
By Stephanie Topacio Long
Get Even More From Bustle — Sign Up For The Newsletter