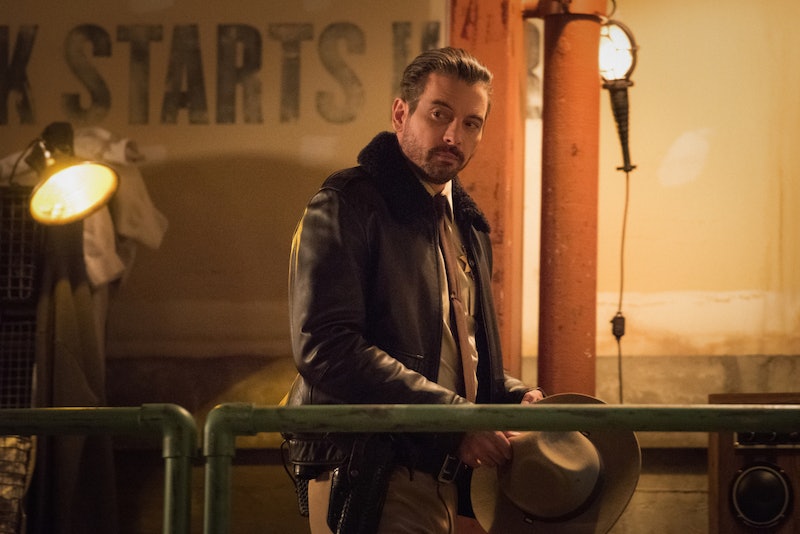 Goodbye, Forsythe Pendleton "F.P." Jones II. In a post shared on Instagram on Thursday, Oct. 15, Skeet Ulrich said goodbye to Riverdale on his last day of filming, thus crushing the hopes and dreams of Falice shippers everywhere. In February, Ulrich, alongside Marisol Nichols (Hermione Lodge), announced that they were leaving The CW drama after the fourth season. Like many other series, Riverdale had to shutdown production during Season 4 due to the coronavirus, so Ulrich came back for Season 5 to give his character a proper farewell. (The series resumed filming in September.)

Next to an image of himself in character — leather jacket, plaid and all — standing in the middle of a foggy street with cars behind him, the actor wrote in part, "Goodbye Riverdale...thank you for introducing me to some lifelong friendships and so many beautiful souls. Today is my last day on set but the experience will never leave my heart."

In May, Ulrich revealed why he was leaving Riverdale during an Instagram Live. "I'm leaving Riverdale because I got bored creatively. That's the most honest answer," he admitted. Even though he wasn't feeling fulfilled creatively by the role anymore, Ulrich told TVLine in a Feb. 23 statement that he was "proud to have been part of such a talented group of people, in front of the camera and behind," but that he was ready to "move on to explore other creative opportunities." And, in an Instagram post shared the same day his exit was announced, he wrote, "I may be leaving Riverdale but my experience over the last four years will never leave my heart."

Exactly how Ulrich will take his final bow as FP remains unclear, but it has been promissed that neither he nor Hermione will die, according to showrunner Roberto Aguirre-Scasa. "This isn't a spoiler, but they're not dying. My hope is to have them be a part of Riverdale for as long as Riverdale continues," Aguirre-Sacasa told Entertainment Weekly in May. It sounds like whatever happens to FP, it'll be open-ended enough for him to return in the future.

Seeing as Season 4 got cut short, there aren't too many theories circulating right now how FP will depart. But, an Oct. 10 video that Mädchen Amick shared of herself and Ulrich disinfecting their mouths before a kiss scene might provide a few clues. First, it's obvious that Falice is, if not going strong, still very much a thing. Second, there are actors in the background wearing graduation gowns, suggesting one of his last episodes will be the end of high school for Archie, Jughead, Veronica, and Betty. And, given the upcoming seven-year time jump, it makes sense that FP would leave after his son graduates high school.

As for when, exactly, in the season he'll make his departure. Assuming FP will leave in what was originally intended to be the Season 4 finale, his last appearance (for now) will probably be within the first three episodes. In August, Lili Reinhart dished to Jimmy Fallon that they had "two-and-a-half episodes left" when production shutdown and confirmed that they had "to finish three days of one episode that we were filming in March" before getting into the fifth season.

Riverdale Season 5 is currently aiming to premiere in early 2021.

More like this
'The Queen’s Gambit' Season 2 Tweet Wasn’t From Anya Taylor-Joy
By Mary Kate McGrath, Jack Irvin and Grace Wehniainen
Netflix Shut Down 'Bridgerton' S3 Rumours About A “Very Dark” Storyline
By Bustle
Twitter Has Renamed Ekin-Su After *That* 'Dancing On Ice' Performance
By Sophie McEvoy
What Really Happened Between Lea Michele & Sadie Sink On 'The Tonight Show'
By El Hunt
Get Even More From Bustle — Sign Up For The Newsletter
From hair trends to relationship advice, our daily newsletter has everything you need to sound like a person who’s on TikTok, even if you aren’t.