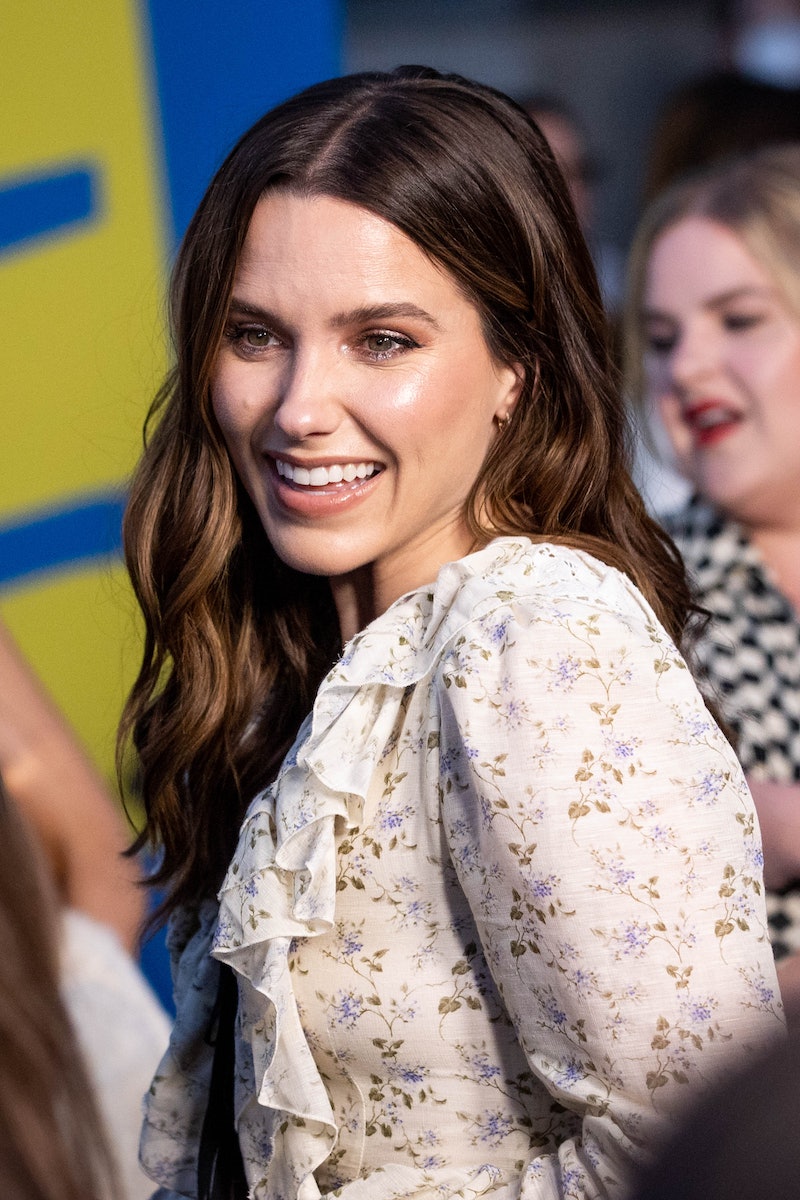 If you were (or still are) a One Tree Hill fan, I’m sure you’ll agree that Brooke Davis was one of the best characters. Played by actress Sophia Bush — who was just 20 years old and a junior at USC when she was cast in the teen drama — Brooke was sassy, whip-smart, and yet vulnerable at the same time. She had one of the best character arcs in the series’ nine seasons, and Brooke’s character was all the more real in the early days due to the on-screen chemistry between Sophia Bush and co-star Chad Michael Murray (who played Lucas Scott), which led to an off-screen relationship for the actors, too.

Bush and Murray met on the set of One Tree Hill in their early 20s and just as their characters were dating on screen, they started dating in 2003 off screen, too. The couple married in Santa Monica in 2005, but their divorce was finalized just five months later in 2006. Bush, now 39, has addressed the relationship in interviews but now says she is “not allowed” to talk about her marriage to ex-husband and co-star Murray because her words get “twisted.”

Speaking on Michael Rosenbaum’s Inside of You podcast, Bush — who just got engaged to boyfriend Grant Hughes in Italy — was asked about her ex-husband as the actors were discussing Bush’s relative age to her fame at the time of One Tree Hill’s boom.

“Oh, I’m not going to talk about him at all. ... I’m not allowed to,” said Bush, explaining that she won’t talk about her relationship with Murray because what she says is often misconstrued in the media.

“You know what it is?” she said. “I’m not allowed to because I’ve tried to poke fun at being a dumb kid and whenever I’ve done that, it gets twisted into I’m talking sh*t about somebody who I don’t even know anymore, who’s clearly a grown-up.”

While Bush is happy to make fun of the person she “used to be” (“I think you have to laugh”), she told host Rosenbaum that she wouldn’t do the same with others. “When people ask me about history that involves someone else... it’s not worth my time,” she said, “It’s not a place where I harbor ill will or anything.”

Rosenbaum suggested that it “can’t come out right,” with which Bush agreed. “It never does! And I’ve tried to like, you know, do the thing where when I get stuck live on the air — which has happened to me twice — getting asked about it where I give a little... like jazz hands quip and move on. And it just doesn’t work, so I’m not going to.”

The actor — who previously confessed that she never wanted to marry Murray and only went through with it to please people around her — admitted she completely understands why young actors end up in the same position as she did. “When you spend 100 hours a week on set, and you don’t even get home for eight hours to sleep, I’m not surprised every 20-year-old on a set has dated every other 20-year-old on set,” she explained. “We act like it’s not common, and it’s wildly common. Some of our favorite ‘celebrity couples’ married the fourth co-star they dated.”

Murray responded to the idea that their short-lived marriage was a sham through his representative in 2018, saying that the claims were “ludicrous.” “Chad conducts himself in a completely professional manner and would never marry for any reason but love,” his spokesperson told People magazine at the time.

“I was a very naive 21-year-old kid, and that’s all there is to it,” Bush summed up on the Inside Of You podcast. Giving more context during the interview, she noted, “I grew up on Disney movies and watching romcoms and went to an all-girls school. I was the prime, right out of the cartoon factory candidate for a fairytale ideal of young love. Come on, it wrote itself.”