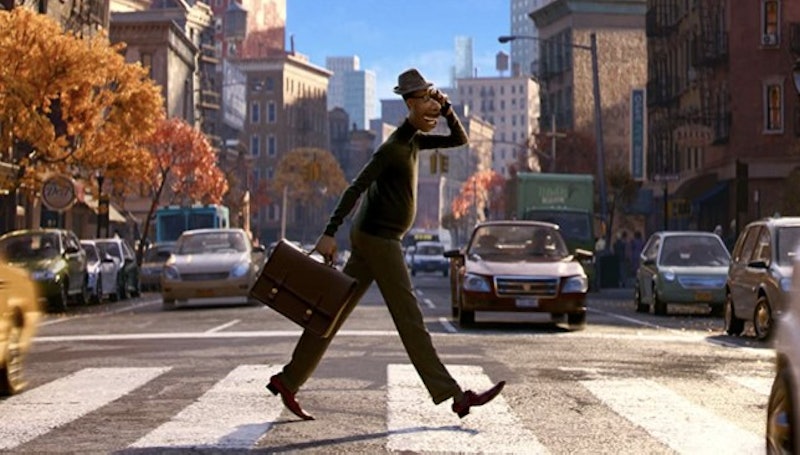 Following multiple postponements, Disney Pixar's Soul will skip a cinema release and instead debut exclusively on Disney+. As Variety reports, the animated film was initially set to arrive on the big screen back in June and was later rescheduled for a November release. However, with continued instability at the box office, a decision was made to digitally release Soul on Disney's streaming service just in time for Christmas.

The animated family flick will arrive on Disney+ on Friday, Dec. 25, and will be available to all subscribers at no extra cost. “We are thrilled to share Pixar’s spectacular and moving Soul with audiences direct to Disney+ in December,” said Bob Chapek, chief executive officer of The Walt Disney Company. “A new original Pixar film is always a special occasion, and this truly heartwarming and humorous story about human connection and finding one’s place in the world will be a treat for families to enjoy together this holiday season.”

As per Deadline, news of Soul's digital release follows a continuing trend of major Disney+ debuts amid the pandemic, including the likes of Mulan, Artemis Fowl and Hamilton — and comes shortly after Cineworld announced plans to close all of its UK theatres, as reported by Metro.

Commenting on the film's December arrival, co-director Pete Docter revealed his hopes that Soul will "bring some humour and fun" during a time when people need it most. “The world can be an exhausting and frustrating place – but it’s also full of unexpected joys, even in seemingly mundane things,” Docter said in a statement, adding: “Soul investigates what’s really important in our lives, a question we’re all asking these days. I hope it will bring some humour and fun to people at a time when everyone can surely use that.”

Docter and One Night in Miami's Kemp Powers co-directed Disney Pixar's latest animated offering, which follows the story of a middle-school music teacher (Jamie Foxx) who has long dreamed of becoming a jazz performer. However, before getting his big break, an untimely accident causes his soul to be separated from his body — and he is tasked with returning his soul back to his body on Earth before it's too late.

Soul will be available to stream on Disney+ on Friday, Dec. 25.

More like this
Yes, You Can Stream ‘To Leslie’ In The UK Now
By Sam Ramsden
Jemima Khan Used Her Own Life As Inspo For 'What’s Love Got To Do With It?'
By Darshita Goyal
Gerard Butler Insisted On Adding This Pivotal Scene To 'Plane'
By Catharina Cheung
You’ll Definitely Recognise Isadóra Bjarkardóttir Barney’s Mum
By Maxine Harrison
Get The Very Best Of Bustle/UK
Sign up for Bustle UK's twice-weekly newsletter, featuring the latest must-watch TV, moving personal stories, and expert advice on the hottest viral buys.