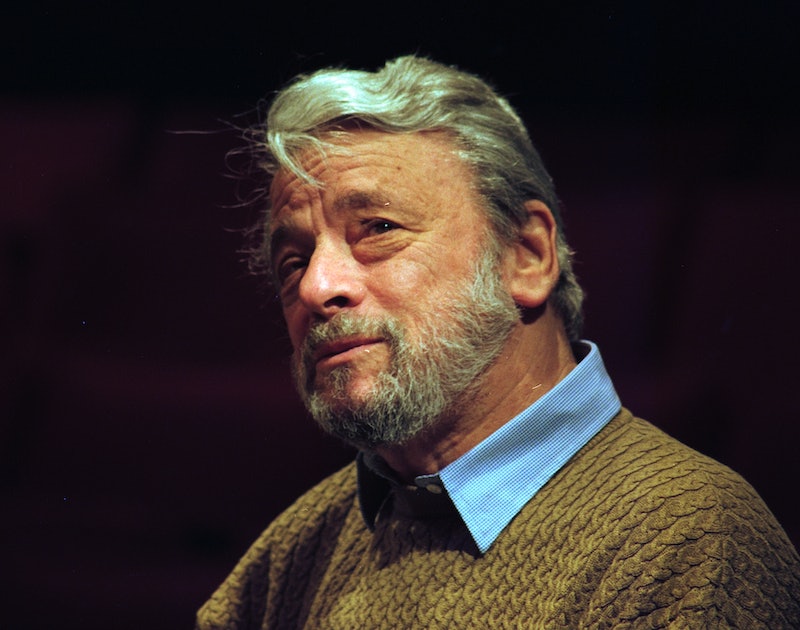 Legendary lyricist and composer Stephen Sondheim died on Nov. 26 at the age of 91. As The New York Times reports, the “sudden” death happened a day after Sondheim spent Thanksgiving with friends, per his lawyer and friend, F. Richard Pappas. Over the course of his career, Sondheim penned the lyrics to West Side Story, and wrote both music and lyrics for works such as Company, Merrily We Roll Along, and Into the Woods, to name just a few. Though Sondheim’s final musical wrapped its off-Broadway run in 2008, his influence on pop culture remains extremely strong.

Last year, Broadway.com hosted a birthday celebration for Sondheim that featured performers such as Meryl Streep, Jake Gyllenhaal, and Lin-Manuel Miranda — and as recently as this November, Sondheim was in New York watching revivals of his musicals Assassins and Company, per The New York Times. His work is honored in recent, critically acclaimed films, too, including Lady Bird, Marriage Story, and tick, tick... BOOM!, in addition to the slew of cinematic adaptations of his musicals.

Fans and celebrities alike took to Twitter to honor the beloved songwriter.

Many of the celebrities paying tribute to Sondheim work in musical theater themselves — some even got the chance to sing some of the legendary creator’s lyrics. Others found inspiration in Sondheim’s long, artistic career. Ariana DeBose, who stars as Anita in the upcoming West Side Story adaptation, wrote that it “feels like the end of an era,” while Into the Woods’ Anna Kendrick said “performing his work has been among the greatest privileges of [her] career.”

Several fan reactions note just how shocking Sondheim’s loss feels — but, as user MarcSnetiker put it, “Sondheim himself gave us the very lexicon of expressions through which to grieve him.”