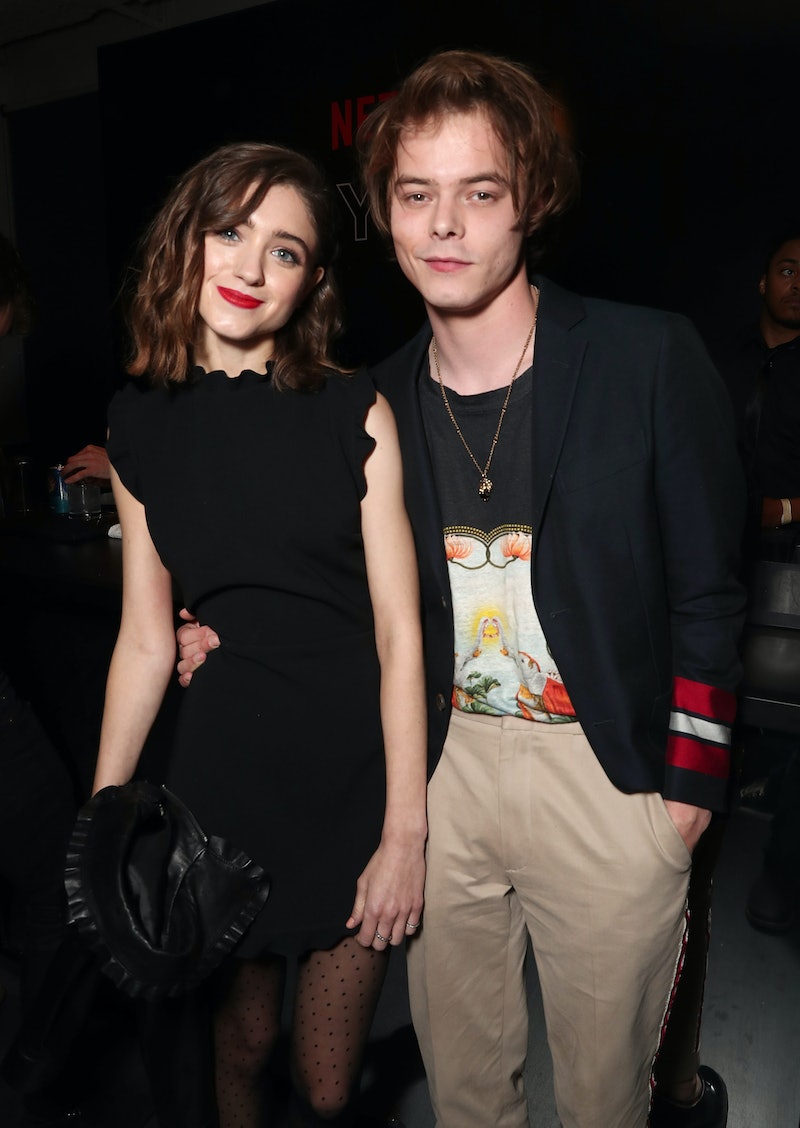 Known as on-screen couple Jonathan Byers and Nancy Wheeler to Stranger Things fans, all eyes have been on Natalia Dyer and Charlie Heaton ever since it was confirmed the Netflix stars have been dating in real life as well. And now, Dyer has opened up about some of the struggles the pair have faced due to the never-ending interest about their long-term romance, with the 27-year-old actress admitting that she finds it “curious” that people are so intrigued by their relationship.

Speaking to Cosmopolitan UK about what has been like to work with her 28-year-old boyfriend, the Things Heard & Seen star stated: “It's an understanding that would be hard to replicate. It's an indescribable thing.”

She then began to muse about fan interest in her and Heaton’s relationship as she continued, “I'm always curious as to why it comes up. Why do people want to know about it? I think it's a natural instinct to want to know more about the people who are on your screens for hours, about what they're like in real life. [But] now that I've experienced the other side of it... It sounds so cliché, but I'm just a person too.”

Once dating rumours began to make waves in 2016, it became clear Dyer and Heaton had chosen to try and keep their romance as low-key as possible. In fact, it took them over an entire year to make their red-carpet debut – and further public outings together have been just as rare in the years that followed.

Explaining why they’ve ended up keeping things out of the limelight, Dyer added: “Some people are very good about being open and sharing, and other people feel a little more comfortable holding some things for themselves.”

In an interview with Refinery29 back in July 2019, Dyer similarly shared rare details about how the couple balances work and their romance. “It’s an interesting thing to work with somebody who you go home with,” the Yes, God, Yes star said at the time. “It’s always really fun. We’re really comfortable with each other, so we can play and feel more free, and we can talk about it before.”