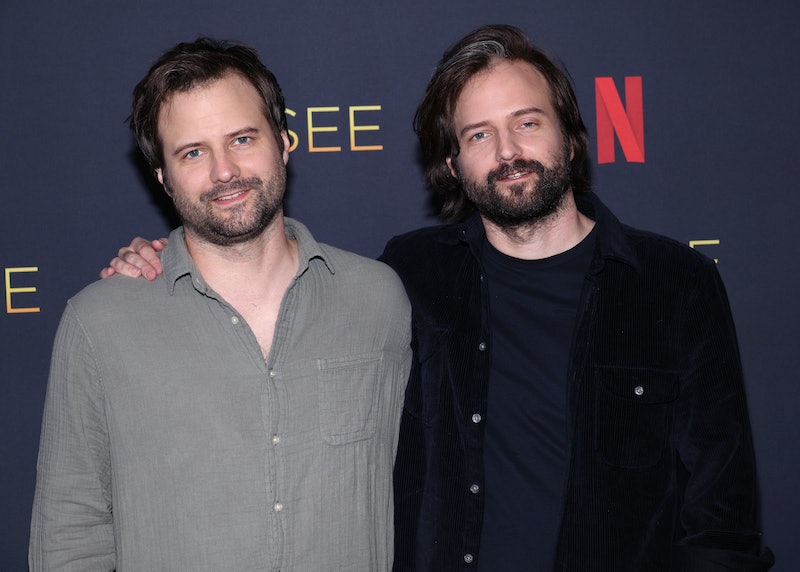 The Duffer Brothers are expanding beyond the world of the Upside Down. While Stranger Things 4 just wrapped up and a fifth and final season is on the way, creators Matt and Ross Duffer announced on July 6 that they have a whole slate of new projects. Under their new production company, Upside Down Pictures (which will be run by Hilary Leavitt), they’re aiming to create “the kind of stories that inspired them growing up,” a press release states. “Stories that take place at that beautiful crossroads where the ordinary meets the extraordinary, where big spectacle co-exists with intimate character work, where heart wins out over cynicism.”

“I’ve read these rumors that there’s gonna be an Eleven spinoff, that there’s gonna be a Steve and Dustin spinoff, or that it’s another number,” they added. “That’s not interesting to me because we’ve done all that. We’ve spent many hours exploring all of that.” While they said there will be links between the two shows, the “connective tissue” would mainly just be “the storytelling sensibility of it.”

That’s all to say: don’t expect to see a series focused on the Hawkins kids, Eight, or a young Hopper. Instead, the Duffers said they just want to recapture the “style of storytelling” that is the antithesis of the “dark, real, and grounded” aesthetic that became popular in the early aughts.

That really doesn’t give us a lot to go on that this point, but the press release also mentioned that the Duffer Brothers bonded with Leavitt over their love of movies like Jaws, Home Alone, and Speed. Given the nostalgic feel of those films — and the fact that we know very little about the wider world of Stranger Things — we can hazard five very tentative guesses about where a new series could go.

While we already got the backstory of Henry Creel — aka One, aka Vecna — what the show avoids answering is how Henry manifested his telekinetic powers before he met Dr. Brenner. In the past, Stranger Things explained Eleven’s powers by saying her mother was part of the CIA’s MKUltra project, which injected expectant mothers with LSD to manifest abilities. Season 4 seems to retcon that a bit by suggesting that Dr. Brenner created the children to copy Henry’s abilities.

But was Henry born with his powers? Did something else gift it to him? Is it supernatural or alien in origin? Whatever the case may be, this opens up avenues for entirely new storylines, where they could follow other superpowered people in the world who aren’t connected to Dr. Brenner’s experiments.

The Duffer Brothers are clearly huge Stephen King fans. Not only are they planning to adapt King and Peter Straub’s novel The Talisman, but Stranger Things also references King’s works, from featuring a girl with psychic powers (like Carrie) to centering on a small town that hides a great evil (like It).

While they might not want to revisit a telekinetic character like Carrie/Eleven again, the Duffers might end up drawing from many of the other ideas in King’s novels. If we followed a new set of kids being terrorized by the Upside Down, would it look like a mystery at a haunted location to them, similar to The Shining? Or given the fact that we still don’t know much about the Upside Down and what all its creatures can do, is there a story that could be told about bodies reanimating, like in Pet Sematary?

Listen, it sounds farfetched. But on the podcast, the Duffers mentioned Super 8 as one of their favorite films, and Stranger Things has paid homage to sci-fi movies like E.T. and Close Encounters of the Third Kind. Again, we don’t know much about the origins of the Upside Down, or whether there are even more alternate realities in this universe. So who’s to say there are no aliens in this world?

Stranger Things is a period piece, just one set in the 1980s. And in Season 4, the series jumped back to the 1960s with Victor Creel’s story, and at different parts has featured flashbacks to the 1970s with Eleven’s story. While they said they won’t focus on any major Stranger Things characters, it’s possible they could follow a more minor character, like Murray, Suzie, or someone who once knew Henry Creel, either in the future or past. (Honestly, a Murray-centered prequel could be highly amusing.)

1. The Origins of Dungeons & Dragons

The Dungeons & Dragons game is an integral part of the Stranger Things series, giving name to the villains each season. The game debuted in 1974, but the wild story of its creation and its creators is largely unknown to the public. If this spin-off is really “1000% different” from Stranger Things, is it possible it could explore the game behind the Hawkins crew’s obsession? That would make for a very different show, but surely the Duffer brothers would find a way to put their own spooky twist on it.

More like this
'The Queen’s Gambit' Season 2 Tweet Wasn’t From Anya Taylor-Joy
By Mary Kate McGrath, Jack Irvin and Grace Wehniainen
Netflix Shut Down 'Bridgerton' S3 Rumours About A “Very Dark” Storyline
By Bustle
'Stranger Things' Finn Wolfhard Is “Proud” Of Noah Schnapp For Coming Out
By Sophie McEvoy
'That '90s Show' Is Officially Coming Back For Season 2
By Gretchen Smail and Grace Wehniainen
Get Even More From Bustle — Sign Up For The Newsletter
From hair trends to relationship advice, our daily newsletter has everything you need to sound like a person who’s on TikTok, even if you aren’t.